Assuming Assists are Bad Makes an Ass of U and Me

Share All sharing options for: Assuming Assists are Bad Makes an Ass of U and Me

When you go through and look at defensive stats, there are all kinds of interesting things to look at that tell a defensive story. However, trying to understand that defensive story can be like trying to read it in Mandarin Chinese. Is a high number of passes defensed good or bad? If it's high, does that mean that the defensive player is not very good and offenses are picking on that player? If it's low does it mean that the defensive player is so bad that he can't defend any passes or does it mean that offenses just don't throw his way?

What about QH (Quarterback Hits); does a high number of QH and a low number of sacks mean that the player does not get there quite fast enough and therefore a slow player? Or is it more of, "well at least he did get there, albeit it wasn't fast enough..."? Finally what about assisted tackles? Are assists something you want to see a lot of, or not a lot of? Or does it matter based on position; would you rather see your DL with assists and your LB's without assists or the other way around?

Find out after the bump...

As you can see, 23% of the total tackles on this team were not solo tackles. But what does that mean? Does it mean that players are whiffing on tackles and require another defender to assist or does it mean that defenders are swarming to the ball carrier? 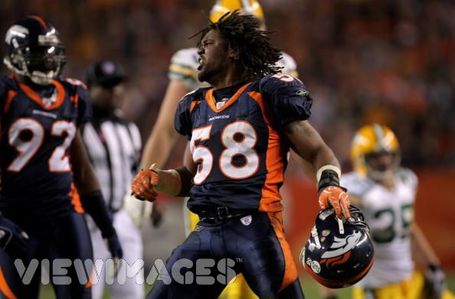 I want to focus on our Rushing Defense because our defensive problems all seem to stem from our inability to stop the run, forcing us to put a Safety in the box, putting our DB's in winless battles, giving us a poor Pass Defense; you've heard the song and dance already. In order to get to the bottom of this assisted tackle dilemma, I think we need to put these assists into perspective and compare our top 3 rushing defensive performances and our bottom 3 rushing defensive performances. Since it's always good to end on a good note (like our season *fingers crossed*), let's start with the bad:

In the Kansas City game, 18% of our tackles were assisted and we got run over.

In the New England game, 37% of our tackles were assisted and we got run over worse than the Kansas City game.

We hold San Diego and their train wreck of a team to 80 yards rushing and 15% of our tackles are assisted.

While we lose to Miami, we only give up 75 rushing yards against the Wildcat Formation and 30% of our tackles are assisted.

In the most recent victory against Kansas City with the leading rushing Quarterback in the NFL and the same running back that torched us in Week 4, 20% of the tackles were assisted.

I love doing these statistical posts because I love doing the number crunching and seeing what the numbers show. While Safety remains consistent, every other statistic virtually flip-flopped between our best and worst defensive performances! "Great but what does it mean?!"

Let's start with the easiest statistic to dispel which is the Cornerbacks and the assisted tackles. We do not really want our corner backs assisting in the running game. Cornerbacks are built for speed, running routes, reacting to receivers, and tracking balls in the air; not shedding blocks, standing their ground, and taking on Tackles who outweigh them by 100+ pounds. While we afforded with two corners who are not afraid to support the run game, if they are active in assists in the running game that tells me that they are chasing down runners (LJ's 65 yarder), our OLB's are not doing the job properly, and our DL is not getting outside leverage pushing the run back to the inside.

We want our linebackers to have a high assist ratio. Look at the great linebacking corps in history, and while most of them are lead by a standout Linebacker, more than anything else they play great as a unit. They all have, albeit cliché, "a nose for the ball" and you always see them involved in a play. By our Linebackers having a high assist ratio, they are playing well as a unit, maintaining gap discipline, not over pursuing, and all swarming to the ball.

It all seems to start and finish with the Defensive Line; in our worst defensive performances, they averaged 27% assists while in the best they had only 12%. The Defensive Line's role is dependent on the defensive scheme the team is running. Do the linemen penetrate or do they occupy blockers? Do the linemen stunt and twist or just mano-y-mano line up and push someone back? It looks like for our scheme, we want our Defensive Line to play to the strength of our Linebackers which is their speed. We want our DL to occupy blockers gap discipline and let those Linebackers swoop in for the kill. This is also all about trust; the Defensive Linemen need to trust that if they do not make that tackle and keep that Guard, Center, or Tackle busy, that the Linebacker is going to be there and do their job and stop the runner.

In conclusion, assists are a good thing dependent on who is doing the assisting. Just as you do not want the 90 year old woman moving furniture into your new 3rd floor apartment, you need to show some discretion in who is getting assisted tackles.