Share All sharing options for: Seven Days of Clady -- Day #1

The final countdown to the end of the ProBowl voting begins today, and that means you only have 7 days left to make your vote count!  Dec 9th at Noon EST is the deadline, and time is flying.

On the First day of Clady... 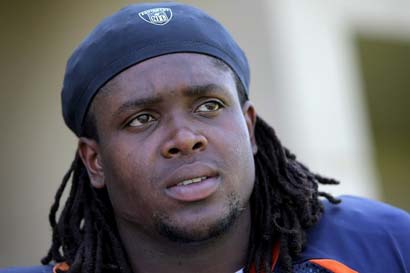 30% of Denvers rushing attempts have favored Clady's work on the line, and Denver ranks #1 and #2 in Adjusted Line yardage with their Left End and Left Tackle attacks, respectively, according to the statisticians at Football Outsiders.

9 of Clady's 17 opponents through 2008 have a combined 72 sacks among them.  They have combined for all of half of one sack vs. Clady, however.