Share All sharing options for: Seven Days of Clady--Day #2

The final countdown to the end of the ProBowl voting has begun, and that means you only have 6 days left to make your vote count!  Dec 9th at Noon EST is the deadline, and time is flying.

On the Second day of Clady... 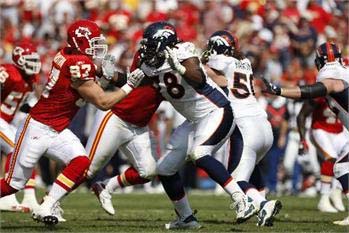 The above opponent's impact int he rushing game was also held in check by Clady, with the above group losing 55% of their production from average (as a factor of solo and assisted tackles against a rusher, when facing Clady.