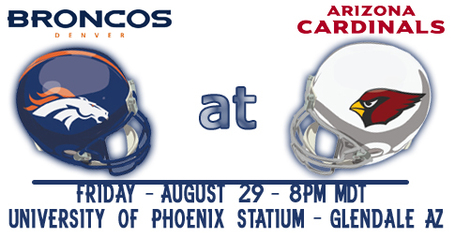 For thoughts on the game from a Cardinals perspective, visit Revenge of the Birds!!

* - Alridge’s 27-yard run in the second quarter marked the longest run by a Broncos player this preseason.

* - The Broncos enjoyed a 141-32 advantage in rushing yards in the first half. The Broncos’ defense held the Cardinals to a 2.7-yard average on 12 rushes.

* - With two fumble recoveries by the Broncos, Denver now has four takeaways in the preseason (3 FR, 1 INT). Denver’s turnover ratio stands at +1 (4 takeaways, 3 giveaways) for the preseason.

* - For the second time this preseason, the Broncos held their opponent scoreless in the first quarter (Dallas).

* - With his 32-yard field goal in the first quarter, Broncos K Matt Prater improved to 8-of-10 on field goals this preseason. He has also connected on five consecutiove field goals dating to the second preseason game (Dallas).

* - With his 1-yard touchdown run in the second quarter, Broncos RB Michael Pittman scored his second touchdown of the preseason, in a homecoming of sorts. Pittman was drafted by the Cardinals in the fourth round (95th overall) of the 1998 NFL Draft and played his first four seasons with the franchise. 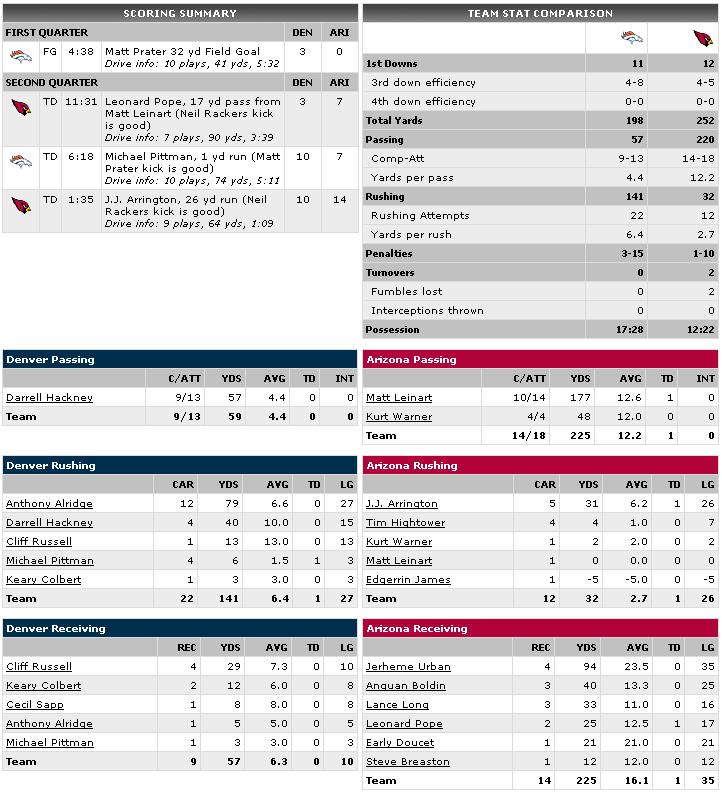