Which Teams a Broncos Fan Should Cheer For (week four)

Share All sharing options for: Which Teams a Broncos Fan Should Cheer For (week four) 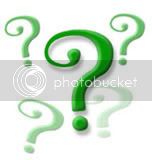 So you're sitting there wondering which game to watch, and Denver isn't available.  Which team do you cheer for if you want the outcome to help Denver?  No problem; MileHighReport.com has you covered.

Remember, this has nothing to do with which teams we like or hate.  It is purely based on what outcomes best position Denver for the playoffs, and a good seeding once there.

We're also rating the games on how important they are for Denver fans.  For instance, a Denver game, or a game that features a Denver division rival, gets near a 5, while a less important game gets a 1.  So given a choice of several games, you now know which one is more important to watch!  (Teams for Denver fans to cheer for are in CAPS).

Let's feed the schedule into MHR's Super Computer and see what results we get...

Teams in CAPS are the teams to root for.

sf at NO (1) - NO has a lesser record, and we want teams we have played against to have good records for tie-break purposes.

gb at TB (.75) - We will play TB this year, so we want them to have a better record for tie-break purposes.  TB and gb have the same record.

CLE at cin (.5) - These teams are both AFC North teams, and have the same record.  cin is slightly better in tie-break.

atl at CAR (.25) - Both NFC South teams have the same record.  atl is slightly better in tie-break.

sd at OAK (3.5) - Though both teams have the same record, OAK is the better team by tie-break.  However, if you believe that sd is a better team than OAK, then you should cheer for OAK to keep sd off of Denver's back.

WAS at dal (1) - Go for the NFC team with the weaker record.

phi at CHI (1) - Go for the NFC team with the weaker record.