Forget about defensive coordinators, retention of coaches from the previous regime, the miniscule details of the power structure of the Broncos’ front office, the tenor of his interviews with Broncos brass, or the inherent issues that are part and parcel with being the league’s youngest coach and the fifth-youngest sideline czar in NFL history.

No, the most illuminating nugget unearthed regarding the Broncos’ newly-minted XIIth head coach was in regards to his sideline attire.

And that was the most specific answer that Josh McDaniels gave at his introductory press conference.  I know little more about him now than I did from his sketch biography page on Patriots.com or the press release issued by the Broncos earlier in the day.

But this is the way of the Belichick school.  While McDaniels offered the assurance to observers that his coaching style was "different" than Foxborough’s Grandmaster B, and that he "can smile," his press conference offered more indications other than that what little is open about the doings at Dove Valley is about to be closed.

McDaniels was sparse on specifics, almost maddeningly so.   But this is not to be interpreted as a scuff mark on the shiny new coach.

One could only be disappointed if they came into the day expecting a manifesto as detailed as Marx’s.  All you can reliably take from these exercises is the occasional glimpse into the coach’s personality and an interpretation of statements, mannerisms and inflections, which can diverge wildly among otherwise agreeable and rational people.   What comes across as confident to some is viewed as cocky by others.

Monday, McDaniels' most glaring attribute appeared to be the absence of relevant details to the job that awaits him.  Oh, sure, there were the tales of a childhood spent at training camp: "I’ve been going to two-a-days since I was five years old," he told the breathless masses watching in person, on-line and on television.

(But not, it must be noted, the NFL Network.  The same broadcast outlet which aired every syllable of the Bowlen/Shanahan extravaganza of emotions opted only to air a snippet or two of McDaniels’ career valedictory speech, even though it took place when it was airing live analysis.  Moral of the story?  Don’t introduce your new coach on the same day of the retirement of a universally-respected potential Hall of Famer – who happens to be the first African-American to win a Super Bowl and the first coach of any color to have playoff appearances in 10 consecutive seasons.)

Perhaps the NFL Network knew by McDaniels' pedigree what was coming from the half-hour he spent at the Dove Valley lectern.  There would have been little purpose in airing these words coast-to-coast; they were sufficiently bland.  Nothing for a Coors Light commercial here.

"We’re going to be as precise as we can," he said early in the question-and-answer session.  If the goal was to be precisely vague, then this statement is correct.

("I have had discussions with Mike Nolan," McDaniels said. "But nothing has been official yet."  I hope he means that the potential hiring is not official.  If it is the discussions that are unofficial, then the statement is simply bizarre.)

Then there was his discussion of coaching mentors.  He mentioned Belichick and Charlie Weis, but one notes that he seemed to go out of his way to cite Nick Saban.  Were McDaniels taking over as Buff boss in Boulder, this sentiment would be reassuring; but for matters at Dove Valley, it could be chilling, given Saban’s spectacular flameout as an NFL boss.

One sentence of McDaniels’ opening statement stood out: "I want this team tough, smart and prepared to play well under pressure."  It appears this statement was prepared, as it was delivered resolutely, without hesitation or stammer.  It’s a good opening.  It’s what fans want to hear.  But I leave the day not knowing how he will make them tougher, smarter and ready for crunch time.

Later, McDaniels discussed the defense, but did so haltingly, delivering the following words with pauses and stammers, as though he needed to ponder his philosophy on the fly:

"First of all, I’d say as much as I’ve coached offense, that I’m a football coach that’s been built to understand defense.  That’s where I learned my foundation.  We will attack people offensively ... I think my goal as a head coach is not just to improve the defense; it’s to improve the team. There’s areas where it can improve offensively, defensively and in the kicking game."

It would have been nice to know what these specific areas are, considering that he studied the Broncos enough to sway the decision-making conglomerate of the law firm-esque Bowlen, Ellis, Goodman, Goodman and Xanders.

(Which, appropriately, has a pair of lawyers in Jeff Goodman and Bowlen.)

But one can reliably tell that he loves his wife, as he thanked her for the sacrifices that a coach’s spouse must invariably make to the total commitment a life in the sport demands.  One can also sense that he is enthusiastic, although he will likely need to possess a different locker-room demeanor if he is to truly inspire.

But it is doubtful we will see what the tenor of his interactions with players is like.  We’ve seen him interact with Tom Brady and Matt Cassel on the sidelines.  But we haven’t heard what he’s said, and we certainly have no idea whether he can motivate a team that has some young players, but still possesses leaders like Champ Bailey and Casey Wiegmann whose NFL experience matches or exceeds his own.

We don’t know a damn thing.

What can be inferred is that those who cover the team are in for culture shock.  Shanahan’s way was to illuminate bits and pieces; he would sometimes acknowledge in advance when players were certain to miss a game, and could be forthright and candid, particularly in his Monday press conferences that followed his breakdown of game film. One senses there will be no such openness from McDaniels, leaving it among us to discuss and debate.

He will therefore be judged on Sundays and Sundays alone, leaving the details of his coming stewardship to be gathered from the disgruntled, disaffected and those forcibly distanced from Dove Valley as they are purged to make way for the new regime, and swept away like lint off a well-worn, haphazardly-tailored hoodie.

Which we know he’ll wear.

And that’s all we know for certain about what the McDaniels era will bring. 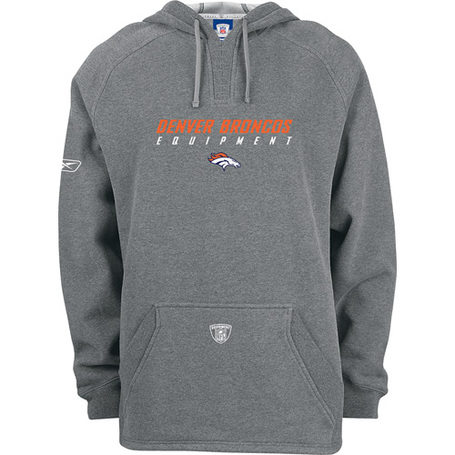