Share All sharing options for: The Greatest Broncos Of All Time....By The Numbers -- #2

The Greatest Bronco To Ever Wear #2 - 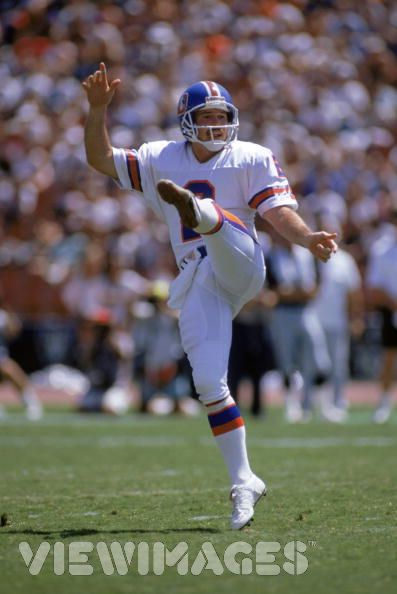 While the name Mike Horan my not get you as excited as some of the other names on the list, he did play in 3 Super Bowls for the Broncos, and actually ended up winning a Super Bowl as part of the Rams' Super Bowl XXXIV victory over the Titans.

While with the Broncos, Horan went to the Pro Bowl in 1988 and was consistently at the top of the AFC and NFL in both Gross and Net punting average.

After spending his college days at Long Beach St., Horan was drafted by the Atlanta Falcons.  He was released and spent his first two seasons with the Philadelphia Eagles before coming to Denver.  Overall, Horan spent 16 seasons in the NFL, playing for 5 different teams.  In 1993, Horan enjoyed his best season, punting to a net average of 39.9 yard per kick, good for 5th best all-time.