According to Elway, "We are all in this together - players, coaches, owners, referees - and especially you the fans."

The panel, which also included for Denver Broncos RB Reggie Rivers, spoke for over an hour about the Hall of Fame, and the importance of the fans to get involved with the process.

Gary Zimmerman, who rarely spoke as a player, thought the Hall should be opened to more players each year, "If it was up to me I'd add a few more spots to the Hall of Fame Class. I would go up to 10 spots - if they deserve to be in, let them in." 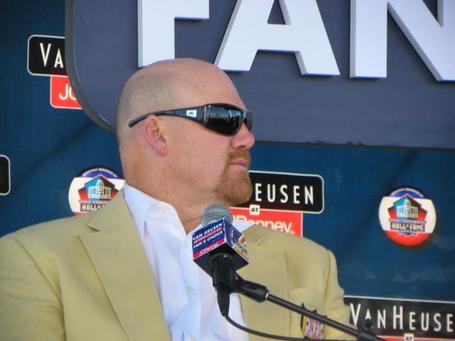 John Elway also weighed in on the Broncos he thought should be enshrined, including Floyd Little, Randy Gradishar, Steve Atwater and Terrell Davis - echoing the statements of Broncos fans everywhere - including to team on MileHighReport that are fighting for former Broncos to get their due.

Zimmerman also promoted a former Bronco that deserves entry, "Shannon Sharpe deserves to be in the Hall of Fame. There has been a west coast bias. I would also like to see Chris Doleman inducted." 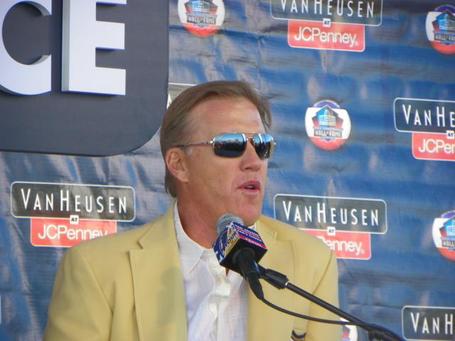 As for the Charger on the panel, Kellen Winslow spoke of his former Head Coach, "Everyone runs some version of the west coast offense today and impacted the entire league. The same terminology is still being used 20 years later. Without a doubt, Don Correal."

One player that seems to have the support of players, coaches and fans alike is punter Ray Guy.  Said Winslow, "Without a doubt, Ray Guy is Hall of Fame-worthy. He was an impact player who really changed the game of football and everyone is always looking for the next ‘Ray Guy-like' kicker."

Elway echoed and said, "Ray Guy is the grandfather of punters."

Perhaps Elway said it best at the end of the forum, when asked if he thought it was a good idea to have fan involvement, "The fans are the reason we had the opportunity to do what we love.  They are the reason we are here.  I say, anything that gets the fans more involved, the better."

Overall, it was an incredible opportunity for fans of both teams to get up-close and personal with legends of the game.  It was awesome to see these living legends up close, and to hear their thoughts on the Pro Football Hall of Fame. 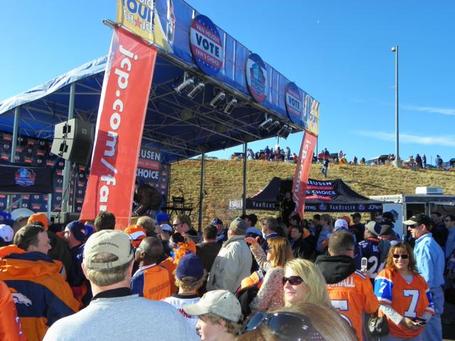 This marks the first time that fans are being asked to voice their choice for the players they think should be inducted into the Pro Football Hall of Fame. The fans can vote for the Class of 2010 at the dedicated fan forum at www.fanschoice.com and although the fan's vote does not count toward the official selection, the Hall will hear what the fans have to say and the Fan's Choice will be revealed on the NFL Network on February 6, 2010 in Miami.

The next stop on the Fan's Choice tour will take place at Giants Stadium on December 13, 2009, when the Giants take on the Eagles. For additional information about the campaign please visit www.fanschoice.com.