New Horses in the Stable - The Denver Broncos Defense

Share All sharing options for: New Horses in the Stable - The Denver Broncos Defense

Enough about Cutler and McDaniels already!  Let's talk about real football, and by that I mean D-E-F-E-N-S-E!

I've been holding back on my views of the signings until I had some time to review the players, the 3-4, and my thoughts on how Nolan would run the system.  And here's what I've come up with:

Dawkins at Safety (Free Safety) is a no-brainer.  The man is a legend in my book.  I wrote recently that he revolutionized the safety position and that outside of the Broncos, Brian Dawkins has always been my favorite NFL player.  At 35, he's not quite what he once was.  However, don't be deceived.  While not Superman, he remains in the top three-to-five of all safeties in the League.  His obsession with fitness and his natural abilities will add immediate impact to the defense.

Dawkins is a rare animal in the NFL kingdom.  As a safety, he will do two things at once.  First, don't expect anymore "routine" long plays on the ground for running backs on opposing teams.  Dawkins can and will shut down almost every run that clears the front seven.  Second, while Champ Bailey covers the strongside, Dawkins will double the effectiveness of any corner playing the weakside of the field.

In the attacking defense I'm expecting to see, some might wonder if Dawkins will reprise his role as a blitzing safety.  He has the speed, power and agility to make it happen.  With his abilities, I've seen him race from the deep-zone position to make a tackle on a RB before the runner even reaches the line of scrimmage.  But I think the jury is out on this role.  If he can guard breakaway runs and provide coverage over the top of receivers, I'll be thrilled.  Denver will notice immediate improvement in defensive stats over the last two unfortunate years.

The next player I looked at was Renaldo Hill.  His abilities make him a clear choice for strong safety.  He's versatile enough to provide pass coverage, and like Dawkins he can stop the run.  Here again, we see an emphasis on safeties who play dual roles instead of specializing.  His ability to cover a TE re-emphasizes the notion that our OLBs may be built from converted DEs.

Some may wonder where this leaves Barrett.  I think he competes for the SS spot with Hill, and may be a future weapon.  In a safety-heavy draft, perhaps the Hill signing takes us out of the safety race to concentrate on other positions. 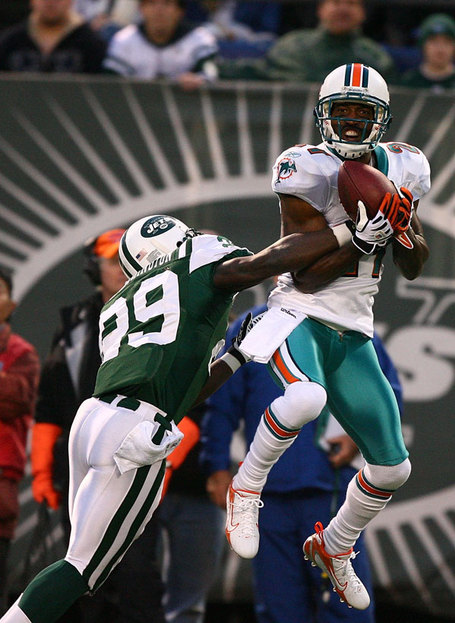 Andre Goodman played alongside Hill for the past two years in Miami.  At 30, I think he's peaking in performance.  He had a terrific year with the upstart Dolphins in '08.  Want to feel good about this signing?   Read the excellent piece by MHR writer BroncoBear here.  Like Bailey on the other side, he's not getting any younger.  The pattern I'm seeing is older but proven names that are here for immediate impact to hold the fort until younger blood can be brought in.

Need proof?  Look no further than my last player.  Andra Davis is yet another 30-year old.  He comes from the Browns and will see time at ILB.  Of the four players I'm focusing on, I'm guessing he has the most shelf life.  Unlike LBs from Denver's past, Davis is not a speed demon.  His main role will be stopping the run, and I see him as a clear choice to play at ILB.  He's very good at what he does, and I expect to see our run defense to improve right away.  Again, BroncoBear has already written an in-depth piece on a player that needs no expansion from anybody else.

A lot will happen between now and the start of the season.  The draft should be a bonanza for a team that has filled in so many holes so far.  But here is my take on what the defense is shaping up to look like.

For now, I'm going to skip the defensive line.  I'm still reviewing the acquisitions we've made, and trying to sort out how they might fit in.  The safety and corner positions have some more firmness after the three signings I discussed earlier.  This leaves the LBs.

My early guess is that the ILB positions are done.  DJ Williams looks like a RILB to me, with Davis at LILB.  I don't see many runs up the gut against these two.  Woodyard has the speed to play LOLB, perhaps doing some TE coverage to free up Hill.  If the talk from McDaniels about moving Dumervil to OLB is correct, he could play ROLB, getting a wider alignment to use his pass-rush skills on the blindside of most QBs.

Of course, in the mix-and-match world of the 3-4, DJ could play OLB, and arguments could be made for switching Doom and Woodyard.  Indeed, we may see different faces altogether.

In the end, I came up with the following conclusions.

I give the management an "A" so far on the defensive side of the ball.  Because of the moves we've made, I'm looking forward to the draft more than I was before.  I'm still looking at the DL in terms of how our signings might make an impact, but we now have good players in the back eight, and we can use the draft to get younger players to train up.  The offense continues to look sound and young, with only the QB position at risk.

I'm still hopeful the Cutler saga works out.  Either Cutler stays and things improve, or the new management has plenty of draft picks and a hot, young QB to wheel and deal with.  I think things work out for Denver either way.  So far, the free agency moves have steered Denver in the right direction, and even provided some insurance (by allowing flexibility in the draft) to absorb a QB drama.