Share All sharing options for: Tales: Watching the Parade

The Cutler saga is finally behind us. Whatever your perspective on the actors, the curtain came down, the road show moved to the next city, and our lives can begin to get back to normal. It's time to get serious about the draft, to take a look at what the future will bring to our team and its fans. Who isn't excited about the month to come?

The past four days have shown us a lot of things. We've learned a lot about how this performance was directed, who the play was scripted by and what this was really all about. Opinions still differ as to what that was and what it will man for the Broncos. As JohnnyB has said - It's time for us all to pull together and unify as fans, and as members of this site.

Continued inside the fold

One thing stands out to me at the end of this story's natural life cycle, and I wanted to share something with you. During this exhausting unfolding, there was a seemingly endless parade of scurrilous rumor, exaggeration, fabrication, story-telling and outright lies that flowed from vague and ill-defined ‘sources', and that cheapened the experience for us all. Too often, it rained sorrow on those who make their livelihoods in the NFL. It created (deliberately, I believe) in the fans a cheap and sneaking belief that all people are duplicitous at heart, rather than that the management of the Broncos, one of the best in all of sports, is doing a difficult job, and doing it well within the boundaries of the options that Jay Cutler's actions afforded them. Pat Bowlen is the kind of owner that I am proud to have.

This photo is from the ceremony nominating Brian Dawkins as a Walter Peyton Man of the Year Award finalist. It reflects the kind of men and the type of organization that we are privileged to support. I want to keep that in mind as we move forward. 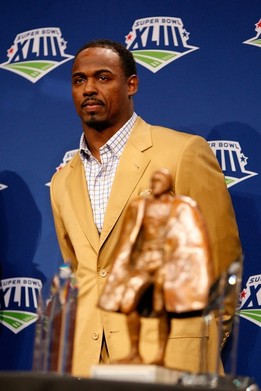 Despite statements to the contrary, I thought the evidence showed that Cutler and Bus Cook had been told that trade talks were not initiated by the Broncos, had taken place and that the Broncos were categorically not looking at trading him beyond that one situation. I thought it was clear that Pat Bowlen, certainly one of the best owners in sports, has acted in good faith, and that he supported his head coach because he knew the real Tales behind this situation. At this point, I think that has been established as well as anything can be. Not all would agree, and that's fine. No need to argue it further. But there is one thing that I think we can agree on.

The sludge of stories attributed to ‘sources', none of who ever saw the light of day (much less the light of truth), and who cowered in furtive journalistic shadow, was for the most part an open sewer, flowing through the pages of our media. Please forgive my bluntness. Some will undoubtedly choose to continue to believe or to see this otherwise; I do not wish to try to convince them differently. I will suggest that we often believe in others what we fear is true about ourselves, but I believe that people of good faith and good character can and do have differing opinions. Whatever yours, I'm glad that you've added your thoughts and insights to the discussion and I welcome your future feedback. But this is not about who told the truth. It is about a pattern that has emerged - the substituting of rumor and innuendo for truth. An example was Dave Krieger's description of Coach McDaniels as 'mealy-mouthed' and comparing his actions to Bill Clinton's cowardice regarding his sexual escapades.

Things took a new and bitter turn yesterday  with the mean-spirited and arrogant trumpeting that Clay Matthews had failed a drug test. Did he? Did others? The truth is that right now we don't know. Matthews, his coach and family have issued a scathing reply debunking such rumors and challenging their 'evidence'. Until such results are officially made public, this should serve as a vivid reminder that the information we receive is frequently inaccurate and often lacks accountability. The trumped up, obscure and meaningless link that I saw to a ‘drug test' that had no name, date nor validity but was simply a stolen copy of a page indicating that somewhere, somehow, someone had taken such a test and had a positive result. It proved nothing except that we as a culture are sometimes both gullible and vulnerable.

We don't know who or whether anyone shown on that link existed or if that, too, was just another trumped up ‘cut and paste' - cutting into the life of a young man whose professional and personal livelihood rests on his reputation as well as his play and pasting a stigma, unearned, upon it. He has gifted us with his play, and it shames me that we so easily sully his reputation. I would ask that we consider this: Isn't it time that we tried to do better?

One thing that heartens me about MHR is that people here expect themselves and their peers to act within a higher standard. JohnnyB has consistently required us to behave in a civil manner and has hastened to take whatever actions are required to achieve that. Foul language and personal attacks are not permitted, nor should they be. Few among us need that requirement: the vast majority of members would not act any other way. While it is not appropriate to lay an additional requirement here, I would ask the members whether they would agree to an additional stricture: Rumors should only be posted if the source can be ascertained. Post your links, support your statements and state a rumor as such.

I want to be completely clear, right now. I'm not speaking as staff on this site. I'm only speaking as a member myself. I understand the reality. We all can get excited by finding something new and wanting to share it with the membership. FanShots, for example, are a good place to post something that you have just come across. We cannot know whether much of what reaches us is truth or not, and I willingly say that I have been fooled many times myself by the contradictory information that is available to us. It's reasonable to post rumors as rumors. It's just not reasonable, fair or even decent to post them as ‘fact', using FanPosts as bulletin boards to suggest that rumors are true and attacking the character of the players by setting up something that is calumny as if it was reality.

If you discover something in your travels on the web that you want to share, thank you! If you are the first with a new story, I salute you and hope that you will share it with the members and visitors. The vast majority of posts are a boon to us all. I'm not trying to suggest otherwise. Our members are the best you could look for.

But consider: If what you are going to post defames a man's character, as the vicious rumor regarding Clay Matthews did, please take a pause. Every one of us has, at some point in their life, been injured by the incessant rumor mills that crop up in every social group or strata in our lives. Consider what happened to you or yours when it was aimed at your loved ones. Then think for a minute about how it would feel if the rumor, if it is a rumor, was directed at you.

If you're still okay with whatever you're posting and you believe that it's a fair assessment, I would like to thank you, very sincerely, for sharing it with us. My own life has been greatly enriched through the sharing by members and staff of this site, and words fail to express how much I appreciate that. But, in the wake of the Cutler saga, can any of us not see how often rumors masquerade as fact, and gossip as reason? 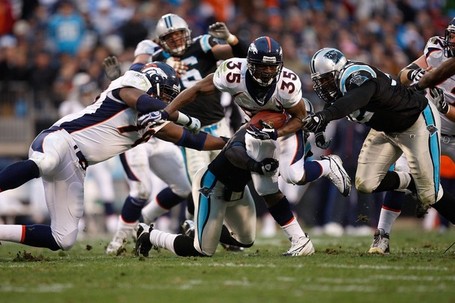 Whatever your final take on the recent experience, we are all of one mind here: We appreciate the Broncos organization, we want it to succeed and we strive to support it. We support each other, as people as well as fans. I have welcomed the give and take, debate and discussion. It has been a powerful experience, great theatre, and I've learned a lot. It also brought thousands of new visitors, scores of new members and new voices to our site, and we are all better for that. In the last analysis, the membership is what makes this site exceptional, and John's stewardship has kept us on course with a steady and unwavering rudder.

So, and only from me personally, let's continue to keep the postings on Mile High Report to the highest standard. The membership has always given me revision and redirection if I've missed or misunderstood anything. That has made me a better member, writer and person. Let's be willing to self-direct what we post. If you wouldn't show it to your mother, think twice. If it defames a man, whether he is player, coach or owner, think again. Post your sources, always. Identify rumors as rumors. Never hand them off as fact, and take pride, as we all do, in keeping MHR the best sports site in existence. 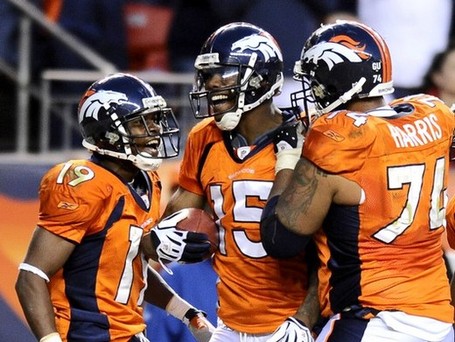