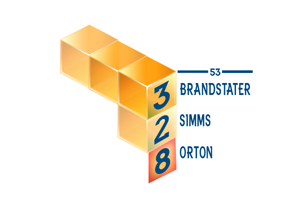 I enjoy trying to find new perspectives on common things, and as a result I have been working on this three-dimensional representation of roster depth by position.  The Positional Stability Index (PSI) is intended to provide a lot of objective information, at a glance and intuitively, by tapping into our conceptual and perceptual bias towards equilibrium.  We'll talk about this information, as well as some of the subjective factors which go into building each index as we go along, but for now, the best way to learn to read it is to dive right in and start reading, and it would help if we started with one of the simpler indexes.

So lets talk about the Quarterbacks.

In his review of our QB play, Sayre brought up several reasons why Kyle Orton could, and should, be a keeper going into 2010, and he also pointed out that  Chris Simms did little to inspire confidence in his potential going forward.  The only other QB of the Broncos, rookie Tom Brandstater, has been the invisible man since training camp closed, which isn't unusual for a third-string developmental prospect.  We'll talk a little bit later about some of the more subjective elements of any personnel discussion, but right now let's look at how they literally stack up.  This is where the PSI comes in....

When looking at the PSI, it should be realtively simple to see that you are looking at representations of each player at the QB position.  Each "cube" in a player's row represents the number of contract years that they are currently committed to the Broncos for.  As you can see, Brandstater is signed for the next three years, until 2013, Simms is signed for one more year, and Orton, as a Restricted Free Agent, will need to be given a qualifying offer by the deadline (March 5th, the beginning of the League Year), or the Broncos will have lost all rights to him.

You'll note that Orton's square is more red than orange, and understanding his contract status explains why.  When you see red in the PSI, it indicates an unstable roster element which can be addressed before the beginning of the new League Year.  If it is unaddressed as of March 5th, the player is effectively no longer a member of the Denver Broncos roster.

Also, the PSI shows a demarcation labeled "53" just above Brandstater's position on the Index.  This is to note the most likely roster number that McDaniels and Xanders will target for the 2010 final roster.  You can think of this as a minimum amount of depth required to field a competitive team.  For the PSIs at other positions, the player stack extends above the 53rd demarcation, sometimes significantly so (and we will talk about that when we look at those positions), but QB is a position where the number you take into training camp tends to be the number you take into the regular season, unless the team is experiencing tremendous upheaval at the position.

Now let's consider the order in which the players are "stacked" in the PSI.  I toyed with the idea of trying to objectify the ordering, perhaps by looking at playing time or game reps.  In the end I decided that it would be much simpler (and more worthy of a good discussion) to stack them up based on an informed, but subjective, judging standard.  In a PSI, the players on the bottom are going to be the foundation of the gameday rosters, the expected source of your week-to-week production.  As you elevate through the stack the roles of the players become less productive, though no less important.

With the basics out of the way, let's consider how the PSI can be used to intuitively gauge roster strength.  Take a look at the QB PSI, and imagine that it is sitting on the table in front of you.  What would likely happen?  Unless you are logging into MHR from the International Space Station, I am betting that the PSI would tip over.  The first instinct when looking at it should be to say "This doesn't look stable."  A closer analysis can not only show why, but can also give the neccessary clues as to how to address the roster stability.

What should be strived for in a PSI is a "balanced" structure.  And while the structure of, say, a pyramid, would be exceptionally strong and highly resistant to external forces, in the real world of the NFL a GM should have his mind set primarily on something that doesn't tip over from internal inconsistencies.  And as Wright and others showed, a good cantilever can have a special kind of efficient beauty.  In the example above, the instability has three main components:

Everyone is familiar with the issues that are cropping up in terms of the CBA, and one of the most glaring is that UFAs like Orton are in almost guaranteed danger of being labeled RFAs instead.  And while this will severely limit the free agent market pool, there will still be a free agency period.  Not all RFAs will get tendered, and not all UFAs will become RFAs.  But the players that do become available are not likely to be the young, talented players with huge upside that teams covet in free agency.

But then again, those weren't the backbone of the McXanders free agent strategy last year either...

At the QB position, players like Charlie Frye and Chad Pennington will be available, and while Frye is purely backup material, a player like Pennington will be looking for an opportunity to compete for a final starting gig.  Because of this, if Denver tries to target any QB free agents that aren't certain backup signings, they probably won't be able to sign them long term, either.  If a player like Pennington comes to Denver, even though it would be a clear upgrade at backup, they will come on a short, one- or two-year contract mitigated by both their relative age (Pennington is 34) and the player's desire not to shut the door on future opportunities if it doesn't work out.

So how does a veteran UFA affect the PSI?  To begin with, a decision on Orton will come well before March 5th.  If Denver feels like targeting a veteran UFA is desirable, they will likely hedge their bets with Orton, signing him to a $1.176-million tender which would net them a 4th-round pick if a suitor came calling.  A smarter PR move, and slightly less risky would be to tender him at $1.759-million (nearly double his current salary), which nets a 2nd-round compensation.  This strengthens that bottom unit of the PSI by a single cube.  This works well with a short 1- or 2-year contract with a talented vet, from a stability standpoint - but nothing longer than that unless they are clearly better than Orton, and can supplant him for the bottom rung.  The PSI would not be particularly stable in this model, but definitely better than it currently sits, and certainly good enough to make a tentative foray into the season.  Of note, is that this strategy would speak volumes about the coach's estimation of Brandstater's progress behind the scenes.

So what if The Broncos tender Orton much higher, to guarantee he stays? Or better yet, sign him to an extension that stretches out two or even three or more years, which would basically be saying that the Broncos want the rights to the best of whatever Orton has left?  If that comes to pass, the more logical move becomes either the retention of Simms (basically a preservation of the status quo, which speaks to the coach's confidence in last year's decisions, and in continuing to teach the system to the players), or the acquisition of a young rookie QB.  If that QB comes from the early portion of the draft, we are looking at the QB of the Future.  If he comes later, or in college free agency, it is much more likely that we are grooming competent players, but keeping a round in the chamber for that day when Kyle Orton is once again a free agent.  This is because an early choice, a three- or four-year contract, essentially puts two players, Brandstater and the rook, on the same developmental continuum.  All that weight leveraged out over the top of a single year's commitment to Orton would be severly unstable. Meanwhile, stacking it directly on top of a similar long-term commitment to Orton would be structurally redundant, like building a house out of floors but no walls.  A later-round QB or even a CFA QB would be less useful in terms of the long-term QB structure, but from a salary and production viewpoint would be very stable.

I hope I have made it clear how the PSI could be useful in establishing an intuitive context for recognizing the good and bad that comes with particular roster-building choices that face the Broncos in the coming months, and even years.  But the contraption isn't much use if it doesn't spark some informed opinions and analysis of it.  So I will lead off with mine.

With only three likely roster openings, QB is by far the simplest example of the Positional Stability Index.  When I started developing it, one of my goals was to move away from the old model of roster prediction here on MHR, where we posit list after list of names of who stays, who goes, who we want, etc.  Those discussions, while individually relevant to specific instances, are terribly inefficient in terms of weeding out poor or contradictory solutions or situations.  Even at its root, roster calculation is simply too complex and covers too diverse and wide-ranging a group of subjects for us to attempt to cover it comprehensively in a dialogue.  Last year, I noted how much better the "roster calculation coverage" was here at MHR than it had been in the past, and it is my belief that it stemmed from more intellectual rigor on the part of the members to organize their thoughts into lists, bullet points and tables (which also required more internet savvy, but that is another point altogether).  These are all methods of conceptual "unit reduction", i.e. the synthesis of numerous related concepts under umbrella concepts designed to subsume them and make them easier to remember, understand, and learn.  Following that lead, I have attempted to reduce as many roster criteria as I can into simple, perceptually evident pictures.

As this series continues, and we look at other, more complex, positions, with even more "graphical" qualities, (such as future contracts, etc.) I'm hoping that these PSIs will contribute to a better understanding of the Broncos' roster needs, and how to accurately quantify them, as well as to indicate more clearly why certain strategies are reasonable and others are not pursued.

The goal is to balance all the pieces out, and to do it in a manner that can resist outside forces' attempts to topple the structure.  Sometimes, seeing how that can be accomplished can be helped by a change in perspective.