In case you're planning a party on Sunday and need to see which NFL games will be televised at your house, these maps show you which games will be broadcast in which markets. We Broncos fans don't need to worry about whether we get to see our team, as it plays on national television on Monday night, but you will be able to find out if you get to see a rival's game or another big-time matchup.

The Sunday night NBC game is the New York Giants at the Philadelphia Eagles.

All credit for compiling the maps goes to the506.com, a site where you can see which games are being broadcast where, in any sport, at any level. Actual maps are after the jump: 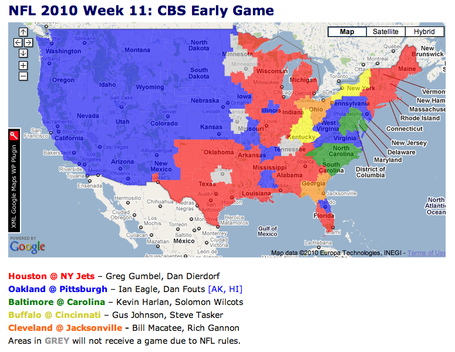 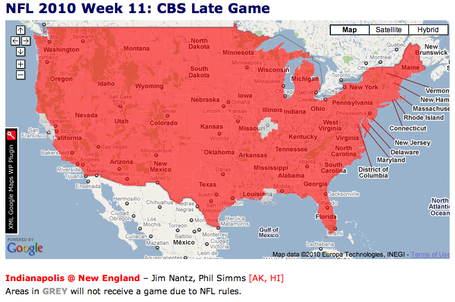 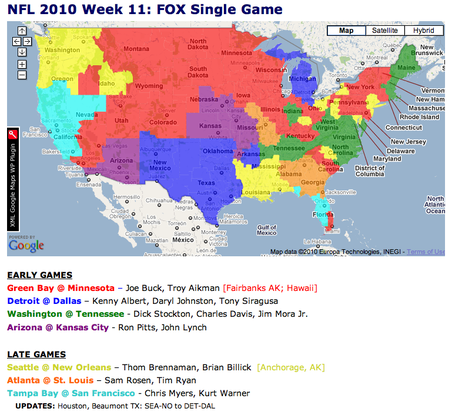