2010 Draftivus Is Officially Here -- Get Some

Share All sharing options for: 2010 Draftivus Is Officially Here -- Get Some 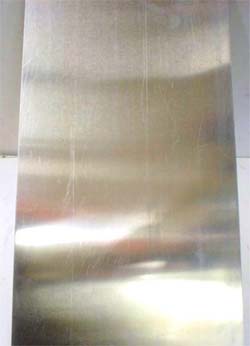 You have all been being very naughty...  Opening your presents early is a sign of low character, you know.  Mock drafts...trade scenarios...7th round sleepers...dissertations on "fit"...

You all deserve coal in your Draftivus stockings, but the fact of the matter is, I love what I've seen.  No matter how far fetched the scenarios have been, no matter how heated the discussions can get, the holiday spirit of Draftivus has been shining through.  It is a time of renewal, of looking back in order to look forward.  As always, it is about more than just the draft itself.

Its centerpiece is our polished Aluminum Draftboard, the blank slate of our future, with a high strength to weight ratio.  Note its shiny insight, its highly polished optimism...  It is about the Airing of Grievances, our chance to remind ourselves of why we need new blood.  It is about the Feats of Strength, where Guru wrestles each and every one of MHR's 4,722 members (or maybe its where we watch the combine...I can never remember).

Above all it is about the spirit of the Broncos and their fans, and what we here at MHR can contribute to that community.  Just another Draftivus Miracle.  A holiday feast is in the makings here at MHR, so check out below the fold to see the spread.  We got some if you need it...

MHR 2010 Draft pick Trade-Value Chart:  Included here is the classic version pioneered by Jimmy Johnson, as well as a study done to try to understand the value overall of selecting high in the draft.  And if you want a better system for valuing draft picks, I've also included Walter Football's re-evaluated TVC.  Check em out.

MHR 2010 Draft Order Chart:  This frequently updated chart will be unveiled after the Superbowl.  it includes the most up to date draft order for all seven rounds, as well as an index of all trades that have occured, highlighted easy to navigate Broncos picks, and all the compensatory picks awarded at the owners meetings.

MHR "Oneday-Sundays" Live Mock Drafts:  Starting soon after the Superbowl we will start doing Live Mocks frequently on Sundays.  You can see examples of how it is done here and here, and it should be a big hit here on MHR as well.

MHR Official Community Mock Draft:  Starting after the initial Free Agency rush, this annual event will begin signups in early March, and will continue right up until the first day of the NFL Draft.  The community goal is to complete three to four rounds, and to this end we will incorporate a sudden death system of GM rotation for instances where a pick does not come through in time.  We will be looking at getting two picks a day at least to stay on schedule.

Official Draftivus Contests:  Last year we featured 4 contests that MHR members could enter, and this year we are scaling that back a bit.  We are dropping the "First Round Mock" and "Top Twelve Mock" contests, and limiting ourselves to a "Denver Broncos Mock," but this year we are allowing unlimited entries into the contest.   Got ten great ideas for how the Broncos' draft could shake out?  Submit all ten!  Not only do you increase your chances for nailing the draft itself, but every entry counts as a rafffle entry for the Draftivus Community raffle.  As always, MHR and Broncos swag S.T.Y.G.S.T.U.F.F. (Stuff That You Get Sent To U For Free (cred to kb)) awaits the winners of both events.  The contests will be officially announced in midmarch, and there will be more details provided then.

Styg's bBAD100:  This is my big Broncos' Aluminum Draftboard, which I am still plugging players into.  When I whittle it down to 100, I'll release it, and right now my deadline is March 12th.  To give you an idea of how this is going to be set up, here is my Draft Board from 2009 (I'll admit it is a bit of a groaner...changing schemes was not kind to my draft analysis).  The real fun is taking the BBad100 for a spin...when that day comes, I hope you will join me.

Draft Day(s) 2010:  Last year was a blast and this year will be no different, with updating draft threads,  constant analysis and commentary,  special MHR Radio shows, and some of the best dedicated Broncos post-draft analysis that you will find anywhere.  These final days of Draftivus really highlight what this is all about, with a vibrant community effort, whose final piece is YOU!

I am reposting a series of articles last year that give a handful of tips for each position when scouting them.  These are useful whether you want to analyze Darcel McBath or Rolando McClain, and could help in your analysis of players both present and future.  Additionally, this year I will be adding several examples at every position, using these articles as the template, and analyzing several of the most intriguing prospects for the Broncos, with data straight from my notes.  It will be a blast for me, I hope you all will enjoy it as well.

MHR Draftivus:  We Got Some If You Need It