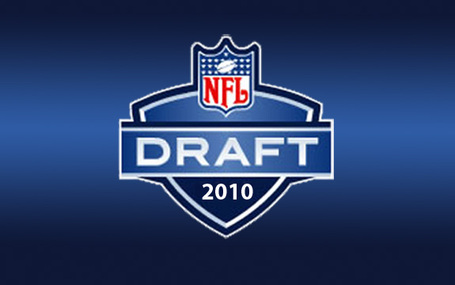 Ladies and gentlemen, it is my pleasure to announce that the second edition of MHR’s live interactive mock draft will be held right here next Sunday starting at noon eastern standard time.  Our first attempt was a rousing success that included three open threads, over 2,000 comments, and 70+ e-mails.  Though not without hitches, I thought it was a fun and useful exercise that was well worth the effort and deserving of an encore.  My review of the original process and its results was put on hold by the onset of free agency and other more pressing news, but I will be sure to live up to my promises regarding all that this week before we move on to the next one.

Several rules have been added, redacted or modified, so – even if you’re a veteran of our first collaboration or others like it – please take the time to review them carefully before commenting below.

If you have read, understand, and basically approve of the protocols enumerated above, then please sign-up by claiming a team in the comment below.  Teams will be assigned on a "first come, first serve" basis.  Please review previously published comments to verify the availability of your preferred teams.  As always, I am open to suggestions and constructive criticism, so please feel free to communicate any questions or concerns to me by whatever means you feel most comfortable.  I look forward to working with those of you who volunteer to be representatives and otherwise interacting with the many others who will be following along.  Cheers, and go Broncos!

UPDATE: As of the most recent edit, the following teams are currently represented:

That leaves the following teams as the last two (2) available: