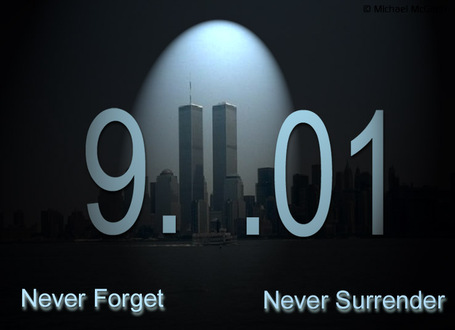 In modern NFL, the "franchise back" seems like a fossil - The Denver Post
Roster cuts were made and teams scurried to the waiver wire. Coaches and general managers searched for that special player or two who would upgrade their team.

Jones-Drew Main man in defense's focus - The Denver Post
One of the many games the Broncos looked at in preparation for Sunday's regular-season opener in Jacksonville was the Jaguars' season opener in 2009.

Continuity on offensive line work in progress - The Denver Post
An offensive line is like the five fingers on a hand, a five-piece orchestra, a group that operates as one.

McDaniels waters down Broncos for Jacksonville - The Denver Post
"We hydrated all week," McDaniels said today. "I think our guys have done a great job of really trying to pound fluids all week so they're not waiting to get an IV Sunday 20 minutes before kickoff."

Q&A: Broncos don't make big changes in preparation for Jacksonville trip - The Denver Post
Q: Are the Broncos planning on staying two nights in Florida to get acclimated to the weather and time difference?

Broncos' running game a major question mark vs. Jacksonville - The Denver Post
Will the Broncos run Sunday in Jacksonville? Or will they run for little other reason than to give their receivers a breather?

A-listers getting their due | National Football Post
Charles Woodson was a not golden ticket free agent when I negotiated his deal with the Packers in 2006. Saddled with a surly reputation in Oakland, he was available a month into free agency with only tepid interest from the Bucs. Still, I felt like the Green Bay Chamber of Commerce trying to convince Charles and agent Carl Poston that Green Bay was right for him. We were coming off a 4-12 season, had no commitment from Brett Favre whether he was going to play, and his visit was in the middle of a snowstorm.

Bart Scott: 'It's just part of the show' | National Football Post
One day after Baltimore Ravens All-Pro middle linebacker Ray Lewis' classic rant about all the hype surrounding the New York Jets, the boisterous AFC East club has reacted with a few words of their own.

Reggie Wayne: 'We haven't had any talks' | National Football Post
Indianapolis Colts wide receiver Reggie Wayne is essentially resigned to the fact that a contract isn't coming his way. Not at this time.

Kraft says it was a miracle Brady wasn't injured in crash | National Football Post
New England Patriots owner Robert Kraft said that quarterback Tom Brady was extremely lucky to not be injured during a car accident Thursday morning prior to signing his four-year, $72 million contract.

Ravens evaluating punt returners | National Football Post
The Baltimore Ravens have an interesting debate on their hands: deciding who should return punts against the New York Jets.

NFL.com news: Dixon, Kolb stepping into spotlight among Week 1 storylines
1. Kolb, Dixon in the spotlight Kevin Kolb faces the Packers, offering an ironic twist considering he replaces Donovan McNabb just like Aaron Rodgers took over for Brett Favre. The Packers fans loved Favre but were extremely tolerant of Rodgers' learning curve in 2008. It will be interesting to see how the Eagles faithful handle the growth spurt Kolb has to go through.

NFLPA president and former Tennessee Titans offensive lineman Kevin Mawae retires - ESPN
The president of the NFL Players Association said he got one offer from a team this year. It came too late, and Kevin Mawae said Friday he decided being with family was more important than his passion to keep playing in the league.

Steelers QB Dennis Dixon headlines intriguing Week 1 in the NFL - Peter King - SI.com
Seen this week's slate of 16 games? It's as competitive a group as I've seen in a while. Maybe not the best slate of games, but the kind of schedule that makes me think: Glad I'm not in a knockout pool this year.