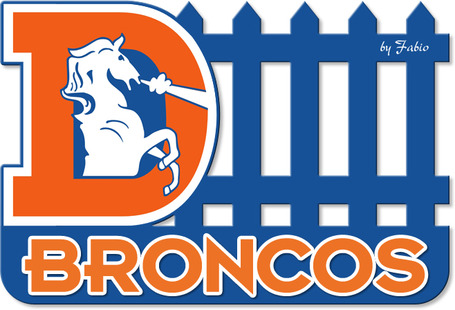 The kind of articles I enjoy reading the most here are those (a) with ideas to improve anything or (b) that make me think about something. That said, let me tell that I was reading this post by Nick about how the drafts are fundamental to build a winning team. I agree completely with him, and that made me think about how to do it. I concluded that every franchise should have their defenses as the primary target. Follow me after the jump for me to explain why.

We all know that to be a Super Bowl team you need two things to happen (1) to be dominant at one side of the ball and (2) have a good other side of the ball. Let's take the New York Jets as an example. Last season they went to the playoffs due to a 11-5 record. If we look closely to their stats, we have they ranked as:

As we can see, they had a very dominant defense but struggled while defending Special Team plays. On ther other side, they made great Special Team plays but struggled to have a good attack. Their ground attack was excellent with Shonn Greene rushing very well, but they lacked while passing the football with QB Mark Sanchez. So, with this pointed, let's remember that they went to the Conferencional Game, falling to the Steelers.

Let's take another example, switching the side of the dominancy: The famous '07 New England Patriots. They made the perfect regular season, going 16-0, and falling on the Super Bowl to the Giants:

They had a dominant offense with the future HOFer QB Tom Brady passing, had a decent enough rushing game, with just a good defense. Ok, so why should our beloved Denver Broncos (and every single franchise that wish to win) focus on the defense if the Patriots show us that the reverse is true? Because it's much easier to build a dominant defense than a dominant offense.

We have plenty of examples of great QBs drafted late as we have great players of every other positions also. However, it's a really hard task to find a great QB (early or late) like John Elway, Joe Montana, Steve Young, Tom Brady, Peyton Manning, Aaron Rodgers, etc. It happens because of the high level that NFL is played. To be that kind of dominant QB on the league, a player must have a lot of inherent carachteristics that can't be teached. And I don't really remember any high dominant offense in history that hadn't a dominant QB receiving the snaps.

On the other way, it's not that difficult (althought it's not an easy task) to find dominant defensive players. They just happen in a much bigger number because of the way the game is played. Many people can tell me that a great scouter make a big matter to select a great QB, but nobody can ignore the lucky factor of that.

So, if it's much less harder to fill your defense with dominant talented players than selecting a dominant QB, this should be the primary target of us all on the league. Perhaps that's exactly with we are doing right now, and I really hope too, so I think we are in the correct path to become a winning franchise again. And also we have a better QB than Mark Sanchez, for example. Our QB is clutch and can provide us a decent enough attack.

Do you agree with me, buddies? Anything else to add?
GO BRONCOS!