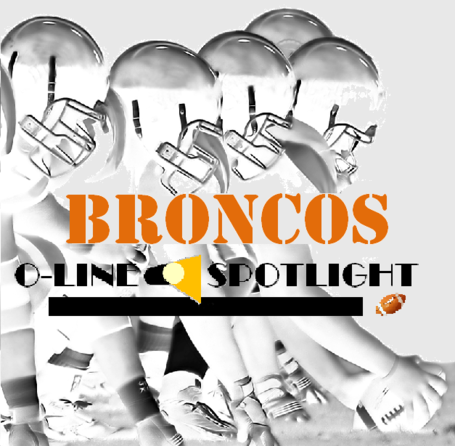 The Denver Broncos won what ended up being an exciting finish, against the Miami Dolphins, 18-15. Denver now moves to 2-4 as Miami drops to 0-6.

A lot of Denver fans got what they wanted, a quarterback change. Although Tebow didn't look that good at times...he and the Broncos found a way to get the win.

This week, Ryan Clady had a 98% assignments grade and a +7 power score in pass protection. He continues to show why he is the best AFC West pass blocking left tackle.

The Broncos line as a whole had moments where they struggled. Orlando Franklin, although he did ok in run blocking, ended the day with a 67% passing grade and a -8 power score. He struggled the entire game...but settle down at the very end when the Broncos needed to score to win. The tight ends and running back grades can be found, here.

Let's take a look at the rest of those grades... 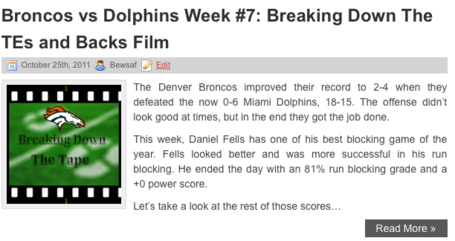