Hey guys, My name is Nick and im relatively new to Milehighreport.com. I made a few comments here and there from before the season to now. But first i'd like to say i love the site, and i couldnt wait to share my experience with everyone here. To preface this post by saying that i will admit at times i am biased, but i also believe i am very critical. I had the fortune of attending the Broncos VS. Dolphins game this past weekend. If you'd like to hear my story, my observations, and share my excitement follow me after the jump.

So, my sister recently became a public defender in the city of Ft.Lauderdale, which if youre unaware is butt-up against Miami. I had been given the duty of driving my sister dog down to her after she had moved in and gotten settled. And when i say drive down i mean from Charlotte, NC about 11 hours away. So i left Charlotte after work friday around 7:30pm and drove through the night arriving around 6:30am and passed out for a few hours before the game. Upon arriving and getting to our seats up in the nose bleeds we were really heckled in anyway. **This however was the first game ive ever been to in which there were 4 sets of fans. Let me explain....

There were, Miami Dolphin fans of course, a large amount of Denver Broncos Fans, a Separate group of Tebow/Florida fans(i grouped these together because at times i didnt know if they were tebow fans or bronco fans), and alot of Hurricane fans who had come to cheer against Tebow.

After watching the first half in dismay, sitting behind a guy who just kept yelling Tebow's name and mocking all of the bronco fans we decided to grab a few beers(its my 21 bday next week) and meet up with some people for halftime. So, having experience of sneaking onto the lower lever from Bank of America Stadium here in Charlotte, i knew we could get a few seats in the lower level. I told our group(me + 3 others) to just follow me and look like you belong. So i escorted us to the 18th row behind the endzone that would eventually host all the action those last 5 minutes provided. The entire 2nd half, minus the last 5 minutes, i was heckled by a group of guys behind me who kept yelling "BAILEY, SIT DOWN YOU SUCK!" because i was in my orange champ bailey jersey(remember this jersey for later so i can introduce myself). Somehow however i couldnt give up, and when one of the guys(Juan) in our group asked me how i felt about driving 11 hours to see my team get goose-egged by a winless team, i simply said "Tebow plays his best in the 4th quarter so we will see." The way Tebow played those last 5 minutes was magical, it wasnt flashy, but it was DAMN FUN! I even have a recording of Tebow's game tying 2 point conversion on my phone...well kinda, i have the beginning of the play, but then i got too excited and forgot i was recording and starting jumping around like a mad man its just a video of the start of the play and then a ton of whirling with the sounds of my screaming my @$$ off.

Now to the fun part...I had been saying the entire game that we needed to blitz more players...the reason matt moore was playing so well between the 20's most of the game wasnt because we had horrible coverage, it was because he we had no pressure on him. Well, i think Mr.Allen read my mind because on the 2nd play of overtime he blitzed everyone on the right side it seemed and they came crashing down on moore with a quickness. By this point i had moved down to the 9th or 10th row because all the depressed Dolphin fans sitting down behind me were angry i was blocking their view with a broncos jersey.

If you would like to meet me here is your chance....Go and pull up the highlights from the game...Now watch them...stop right as the ball is reaching the goalposts....look between the goalposts, slightly left of center, there is a young man with a orange 24 Broncos Jersey on, with blue shorts and a hat on, with his hand straight up in the air. I had put my hands in the signal of a made field goal because im just supersicious like that sometimes. But that is me! nice to meet everyone! and GO BRONCOS!!!!!

PS: i would like to give a personal shout out to Mr.Eddie Royal

THANK YOU FOR THROWING ME ONE OF YOUR GLOVES! I AM NOW OFFICIALLY THE OWNER OF A PINK EDDIE ROYAL RECEIVER GLOVE! 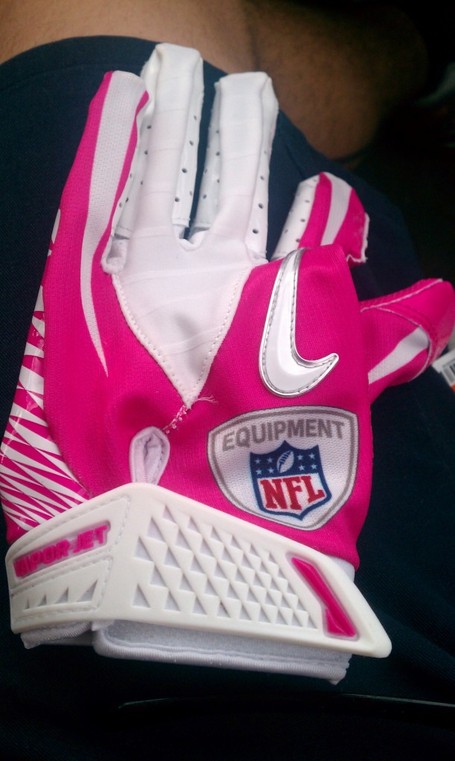 I WOULD ADD A VIDEO OF THE 2 POINT CONVERSION I TOOK BUT I CANT FIGURE OUT HOW!!!....ill send it to someone via email if they can figure it out

MY OPINION ON WHAT WE NEED TO CHANGE....

1) Run a no huddle offense the entire game, let Tebow ad-lib as need be, its seemed to work in the 4th quarter the past 2 games. 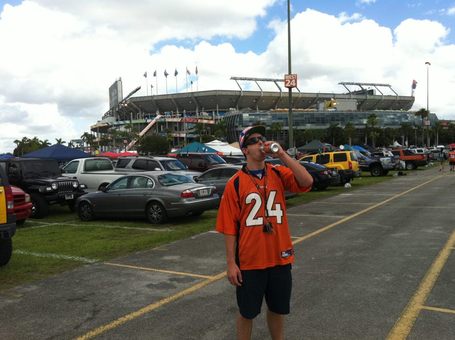 before the game...thats a NOS energy drink, not a beer...and its the blue and orange flavor of course :) 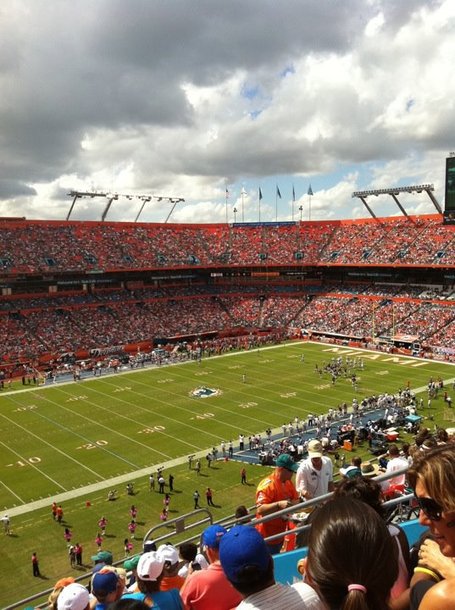 Our original seats...hey you can see our new seats from here 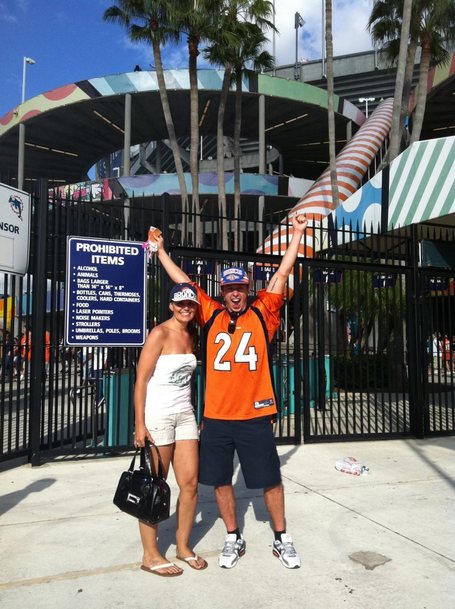 Sister and I after the win, outside the stadium...I even got her to wear a broncos hat. 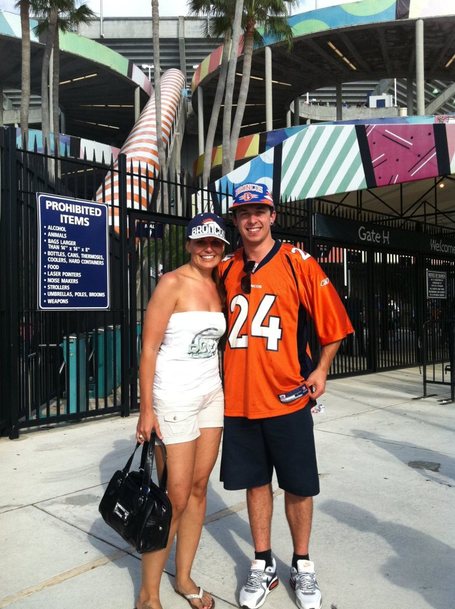 Sister and I again after the game...GO BRONCOS!!!