We within the MHR HOF Committee are still celebrating the eminent induction of Shannon Sharpe and have begun the process of organizing our efforts for this year (more to come on that soon).  For the past couple years, we've had the "luxury" of having Sharpe looming large in the landscape of HOF nominees.  Now that he's getting measured for his yellow jacket,  we need to make sure deserving Broncos get nominated.

Below is how the public can nominate someone.

Any fan may nominate any player, coach or contributor who has been connected with pro football simply by writing to the Pro Football Hall of Fame. The only restriction is that a player and coach must have been retired at least five years before he can be considered. There is no mandatory retirement period for a contributor before he may be considered. Every nomination of an eligible candidate received will be processed and forwarded to the Hall of Fame's Selection Committee.

To find out more on how the process works, go here.

We need your help.  We are asking you to nominate your favorite deserving (and qualified) player.  In today's hyper digital age of internets and the wi-fi, we've found that nothing hits home a point more than a personally written old-school snail mail type letter like this (but slightly bigger): 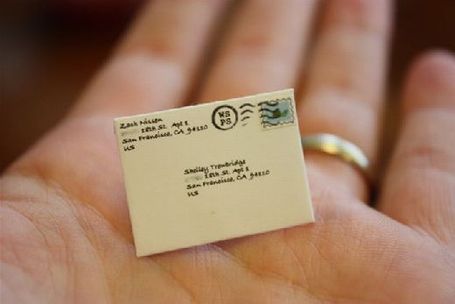 Here are some suggestions for your letters:

- Nominate a player you are passionate about (familiar with or interested in).

- Do a little research on their career achievements (stats, pro bowls, all pros)

- Think about including salient quotes from notable people (players coaches and media) regarding that player.

- Speak to your geographic location, especially if living outside Colorado.

- Avoid negative pronouncements (we know it's easy to fall into) about the Broncos under-representation in the hall. (This is most important).

These nominations don't need to be epic, just sincere.  Here's the address you should mail them to:

Unsure who you want to write about?  Here's our master list of eligible greats and their selection committee status:

Let's work together to get Broncos into the hall!