And now... The most controversial post of the off-season 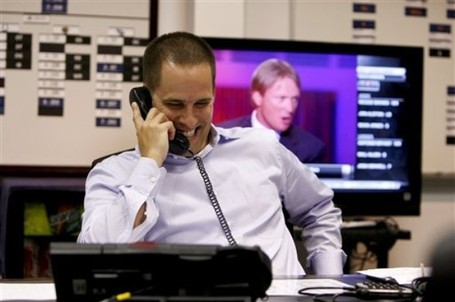 I will start this off with full disclosure; I was and remain a big Josh McDaniels fan.

Josh McDaniels was given final cut as a rookie (a la Orson Welles). A rookie coach given the keys to a franchise (a la Welles' Citizen Kane)? Who does that!? McDaniels went 6-0 (Welles made one of the greatest films of all time), faltered (Welles' film didn't get released due to pressure on the studio) and left the season literally breaking even (Kane was released two years later, did nothing). Who did Pat Bowlen think McDaniels was anyway? Orson Welles?

The list of McDaniels rookie mistakes reads like a Who's Who of current NFL standouts: Jay Cutler, Brandon Marshall, Peyton Hillis and even Alphonso Smith (who he traded a first round draft pick for and unloaded a season later). Let's not even get into what happened between McDaniels and Mike Nolan, because Nolan was courted immediately by another "director" who has an incredible eye for talent-- Bill Parcells.

Lonie Paxton? $5.2-million? Oh, is it too soon to mention Paxton?

Every single move McDaniels made has been criticized ad nauseum by fans of the Denver Broncos.

I have nothing against the young man, he is flat out fun to watch. I could care less about his mechanics, I love to watch him run, I even craved a quarterback like Tebow in a Denver uniform since the first time I had the pleasure of watching Michael Vick play.

However, seriously... Fans? How is it that every single thing that McDaniels did was wrong yet when the first round draft pick of Tebow comes up there are such obvious blinders on?

Was McDaniels an idiot? Was he a giant asterisk on the Broncos all time record, an absolute failure, or a martyr sent to die for the sins of a regime gone power and control drunk? If Brian Xanders is worth his weight now, then what the heck was wrong with him three years ago?

I'll say it right now, I don't see anything wrong with Kyle Orton, if this were baseball and Orton were a pitcher he'd be a winner, one of the better pitchers in the league, Tebow is merely relief and not even a successful one yet. He's simple a new guy with an interesting screw-ball.

Orton can only throw curve-ball strikes for so long, eventually the defense has got to step up. Runs have to be scored; a clock manager is only as good as the team that's preventing the other team from scoring. There is nothing wrong with a clock manager in football. In fact, that's exactly who John Elway has hired: A clock manager, John Fox's defense will manage to get Orton the ball back and Orton will manage the clock long enough to keep the other team from getting the ball back.

See how that works?

Tebow is nothing more than yet another mistake that McDaniels made and if he's not then let McDaniels forever be known as the genius who was just simply too ahead of his time. Let us replay the tape of Cutler sulking on the sideline while his team lost in the playoffs; while Marshall dropped yet another ball or caused his team to lose 15 more yards on an unsportsmanlike conduct penalty; Hillis going down with yet another groin injury; or Smith getting beat consistently by the man he is covering on national television on Thanksgiving.

Let Richard Quinn be the greatest third tackle in the history of the NFL and Knowshon Moreno run for 2,000 yards and Robert Ayers sack a quarterback ten times in a season... Darcel McBath become the next Brian Dawkins, Perrish Cox, the next Champ Bailey... Let it all happen, because if it doesn't then my dear friends there is no reason at all to feel like McDaniels was correct in drafting Tebow.

Because two spots before he chose Tebow McDaniels felt that Demaryius Thomas was the best choice available. With off-season injuries the Broncos may have to go until 2012 before they find out that Thomas was a bust. All things considered Broncos fans is McDaniels still the man that you want to put all of your trust into?

Let me as always play devil's advocate and say that McDaniels was undeniably on with the picks in the rest of the 2010 draft Zane Beadles, J.D. Walton, Eric Decker and Syd'quan Thompson were all worth their weight in draft gold. McDaniels also had the foresight to bring in undrafted rookie Cassius Vaughn, whom is one of Denver's (if not the NFL's) youngest premiere special team players.

Allow me to reintroduce myself my name is Ian and Tebow is a backup for now; a player in need of much training; training that McDaniels (one of the best quarterback coaches in the NFL) could have provided. Now Tebow is at the mercy of Elway and I don't know what Elway and co. can do with him, I do know what Elway is capable of doing with him, but I simply cannot see it happening in 2011, but by 2012, who knows?

Citizen Kane went on to be regarded as one of the greatest films ever made, Welles went on to do one more picture of acclaim and ping-ponged into oblivion.

Yet I can't say Josh McDaniels was ahead of his time, because I fear that his time may never come...