Share All sharing options for: Denver Broncos Greats . . . By The Numbers: #64

This was an interesting group: thirteen players wore #61 over a period of thirty-nine years, one defensive lineman (a DT) and twelve offensive linemen (a center, eight guards, two tackles and one general offensive lineman). They played anywhere from a single season to twelve seasons. Four were undrafted and five were drafted by other teams before coming to the Broncos. They had anywhere from no starts to 151 starts.

Let's take a jump and learn about the men of #64

George Gaiser T 1968
Drafted by the Bills in the 7th round (181st overall) of the 1967 NFL Draft. There is no record of his ever playing for the Bills. He appeared in 10 games for the Broncos with 7 starts. He recovered 1 fumble.

Harvey Goodman G 1976
Drafted by the St. Louis Cardinals in the 5th round (124th overall) of the 1975 NFL Draft. There is no record of him ever playing for the Cardinals. He appeared in 14 games for the Broncos with 0 starts. He returned 1 kick for 8 yards.

Ralph Tamm G/C 1995-96
Drafted by the Jets in the 9th round (230th overall) of the 1988 NFL Draft. He appeared in 22 games with 1 start. He recovered 1 fumble. He has served as a players' representative on the Board of Directors. Since his retirement, he has become an agent representing NFL players with respect to their contracts, endorsements and personal appearances.

Lennie Friedman G 2000-02
Drafted by the Broncos in the 2nd round (61st overall) of the 1999 NFL Draft. He appeared in 33 games with 22 starts. He recovered 2 fumbles. He missed his rookie year after tearing his left ACL during a pre-season game. He left the Broncos as an unrestricted free agent in 2003.

Stanley Daniels OL 2010-Present
Undrafted player signed by the St. Louis Rams in 2007. He played for the Rams, Jets and Packers before being released by the Packers in the preseason of 2010. He was claimed off waivers by the Broncos. He appeared in 7 games with 4 starts. He went on and off the active roster throughout the year.

At first this seemed like it was going to be an easy choice, since several of the players basically played less than a full season with Denver. I thought about going with McFadin since he played both sides of the line of scrimmage, was voted All-AFL and was instrumental in launching the Broncos franchise. Friedman deserved a look for being the highest drafted player in this group. I even thought about Tamm for being a player representative to the Board of Directors. But in the end, I went with:

The Greatest to Wear #64 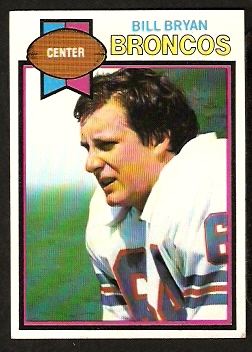