To Broncos Country: The Dreaded Billboard Has Arrived

Share All sharing options for: To Broncos Country: The Dreaded Billboard Has Arrived 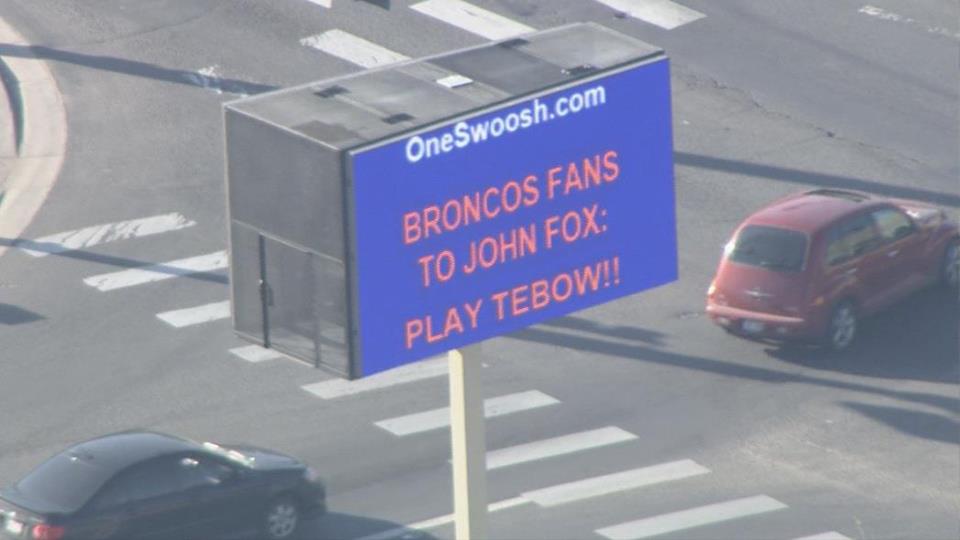 I can probably count myself in the group that thinks the Denver Broncos could probably get the same amount of wins right now from Tim Tebow as they are getting from Kyle Orton. Naturally, a couple of consecutive wins might change my mind, but I am speaking strictly from what we have seen after three games.

However, this billboard thing... I just don't know. It seems kind of over-the-top and a needless expression of discontent. It's an attention grabbing ploy that will only serve to place additional stress and division among the fanbase and - at this point - maybe even the players themselves. As far as I can tell from how John Fox treats situations, he likely won't give a dang about this stunt, but not everyone in the know will be able to ignore this kind of stuff.

As an American, people can do whatever the heck they want with their money as far as I am concerned; provided its legal. I just don't like this billboard as a fellow Bronco fan. I'm probably in the minority here, but what say you!?