Even though the Broncos are not playing in the Super Bowl this weekend, guess what? Mile High Report's resident Sultan of Swag -- KaptainKirk -- has somehow managed to score three more autographed hats which he is very graciously offering up for one final 2011 Swag Contest.

Take a jump & see how this will work.

This is a contest which will allow you three chances to win one of these hats: 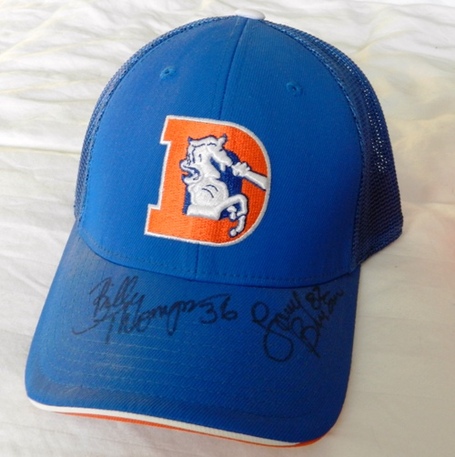 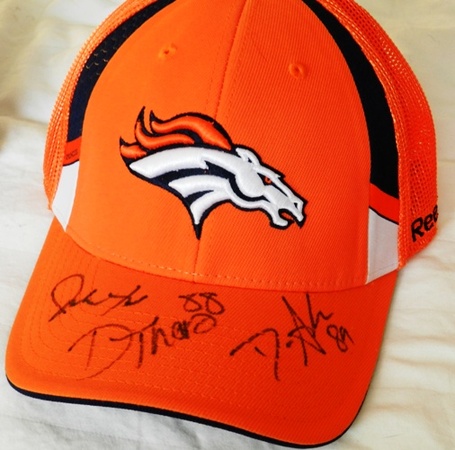 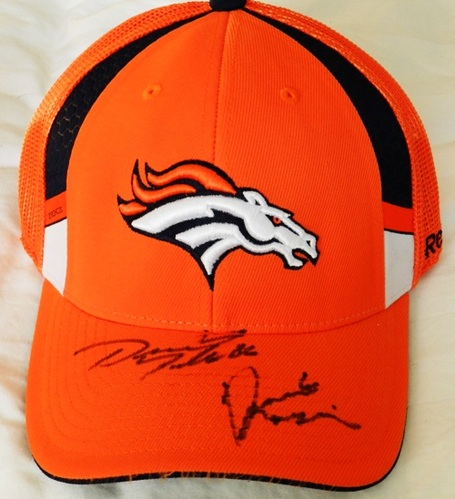 The method is quite simple. You will state your prediction in the comments section. The following rules will apply to the contest:

1)Only one entry per person will be accepted. Should you choose for some reason to submit more than one, the one which was posted the earliest chronologically (as determined by the posting date/time stamp on the comment) will be considered to be your official predictions.

2)Enter your prediction in the title line of a comment. I would appreciate it if you would use the format:

4)Following the conclusion of the Super Bowl, three drawings will be held:

a)Closest Score
1)Obviously if someone hits it exactly, they will win
a)Should 2 or more hit it exactly, the winner will be determined by random drawing
2)If no-one hits the score exactly
a)Will look at the closest prediction by point spread
b)In the case of multiple entries that match the spread, winner will be determined by a random drawing
from among those entries.

b)Correct Winning Team
1)A random drawing from among all entries which picked the correct winning team, with the exception of the
winner of the Closest Score drawing.

c)Participation
1)A random drawing from among all entries with the exception of the winners of the first two drawings.

Good Luck to All and a hearty "Thank You!" to the good Kaptain for his generosity.