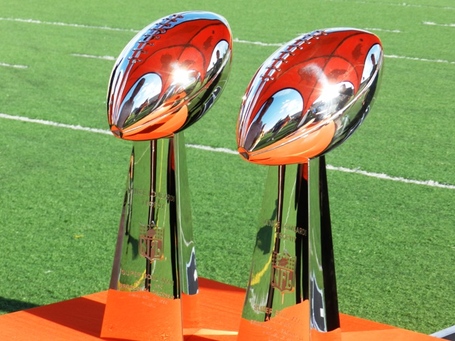 Yesterday, I made the 40 mile trip down to the Colorado town of Pueblo, to take in the 2012 Broncos Country Caravan. Even though it took place around dinner time, it was a scorcher of a day. I was accompanied by fellow MHR member Alex Wall (aka USMCWall), who just happened to be in my neck of the woods. We had previously met at Training Camp two years ago, so we caught up on the road trip to the event to pass the time.

There isn’t a whole lot to say here, so I won’t waste too much of your time and get to the pictures. Broncos Alumni Billy Thompson and Randy Gradishar, both of whom deserve to be enshrined in the Pro Football Hall of Fame, were signing autographs for the fans in attendance and the line was pretty long. Four of the gorgeous Bronco Cheerleaders were there too. Katie, Patricia, Toni and Jenna all signed autographs, met each fan with a smile and interacted very well, giving high fives to everyone. They also did a few of their dance routines after it cooled off a little.

There was a section of the field set apart for the kids to re enact the Combine events. They could be timed in the 40 Yard dash and measured for the broad jump. There was also the measuring apparatus for the Vertical Jump just like the ones used at the Combine. A mobile Broncos store was available for the fans to purchase merchandise and there were two places to throw footballs at Wide Receiver targets. One made you use a tiny nerf football and the other had regular sized balls to throw. The back-to-back Lombardi trophies were there too, guarded by Officers Brent and Felicia. There was also a raffle. They gave away signed footballs by John Elway, Rod Smith and Tom Nalen, a mini helmet signed by Elway and two tickets to the game against the Tampa Bay Buccaneers. All in all, Alex and I had a great time and it was worth the drive. Okay, enough. Here are the pictures I took. 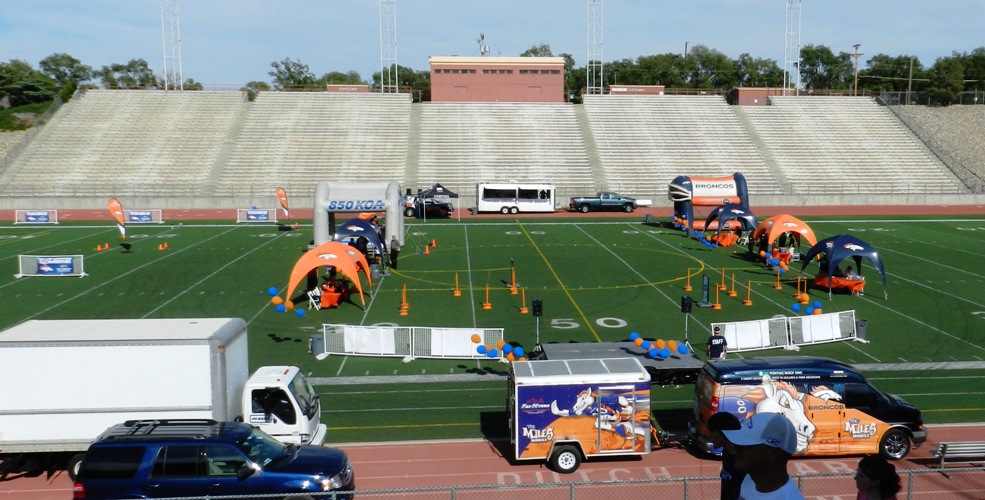 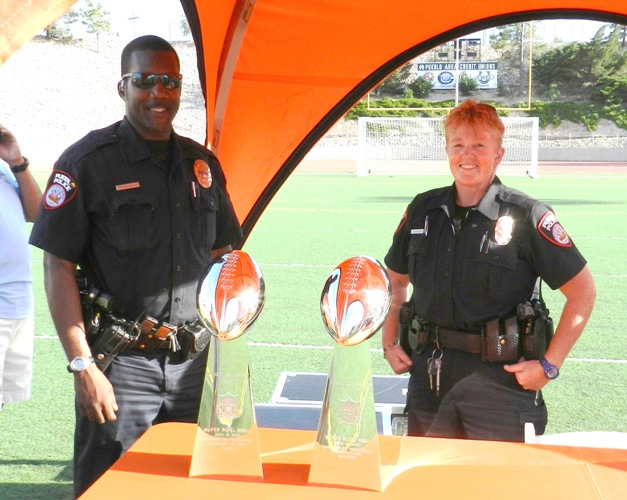 Pat Bowlen ensures that no Raider fans can make off with his precious trophies. 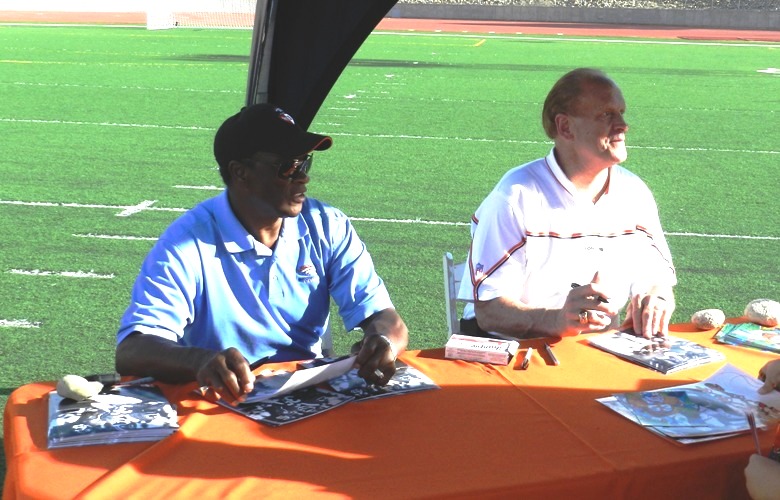 Billy Thompson and Randy Gradishar are very cool dudes. I think they enjoy the fans as much as we enjoy them. 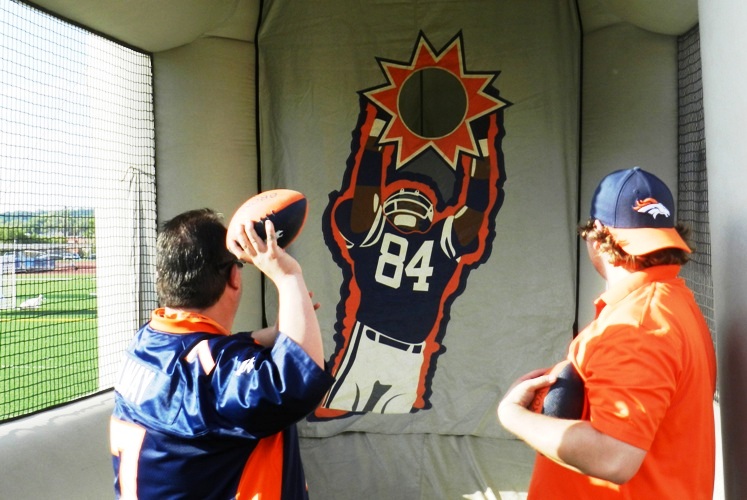 Talk about Fantasy Role playing. Elway to Sharpe for a Touchdown! 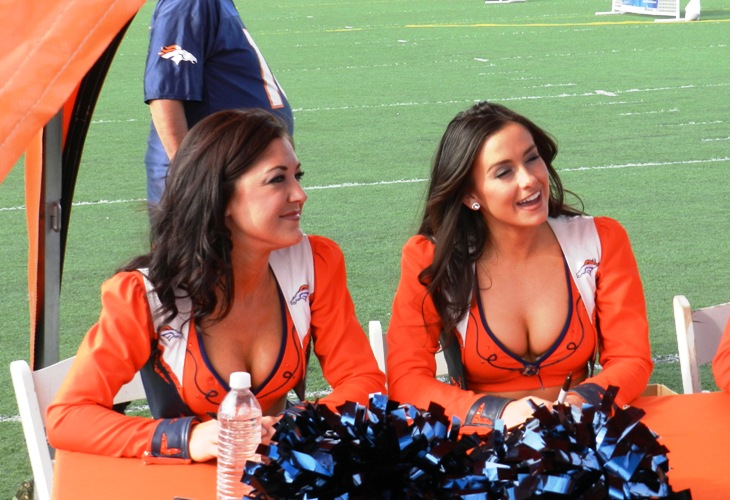 Katie and Patricia are smiling, even though their outfits are made of thick leather and the temperature is 95+ degrees. 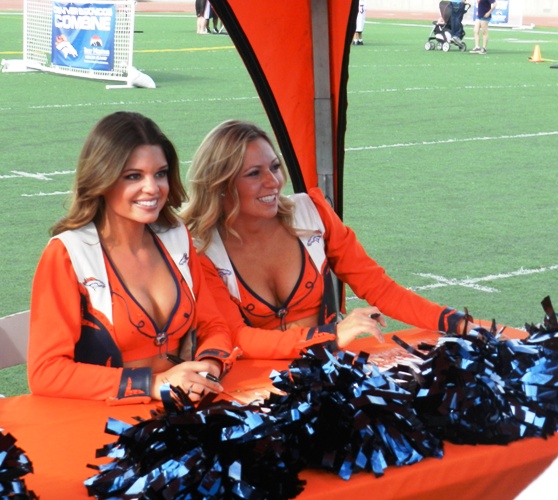 Toni and Jenna flash their pearly whites. I don’t care what anybody says, our cheerleaders are the best! 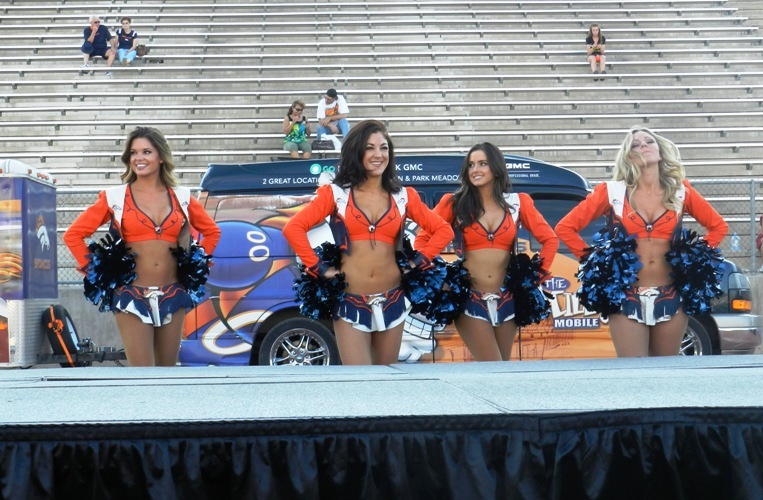 The girls get ready to hit the stage. 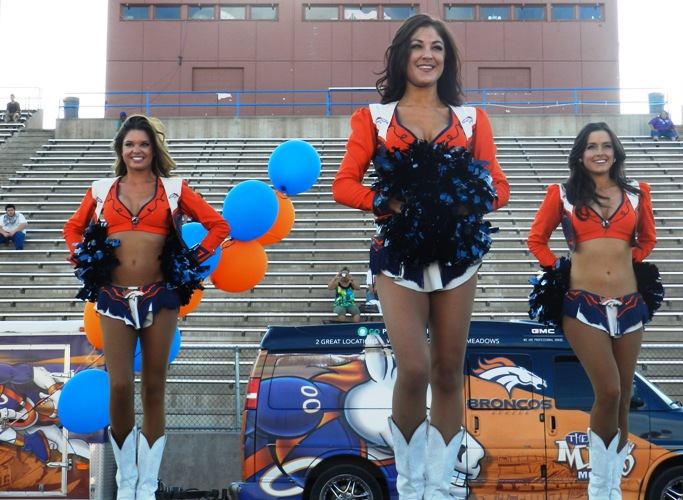 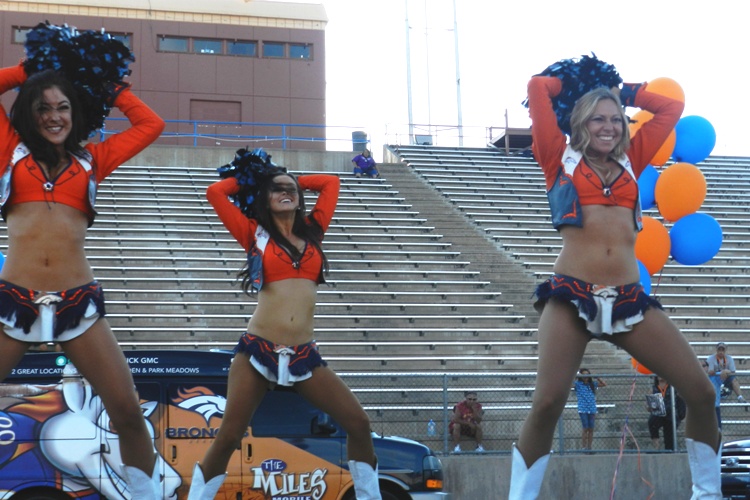 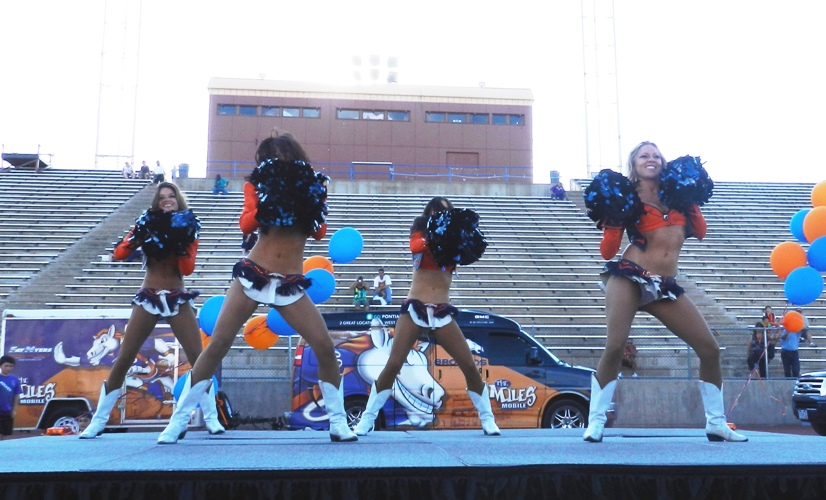 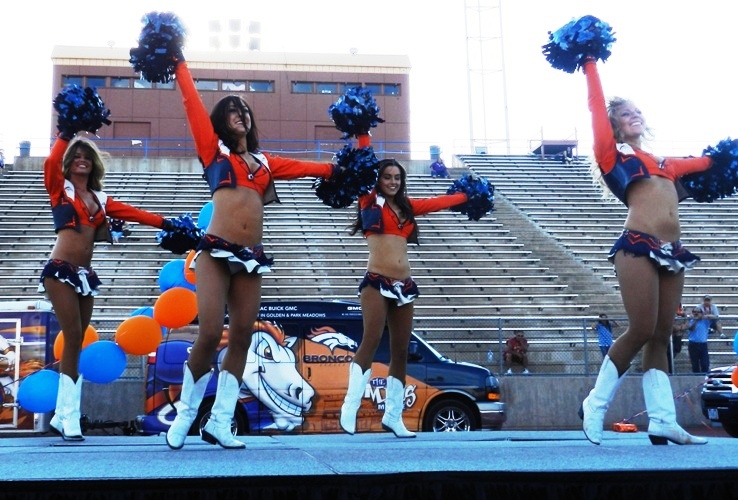 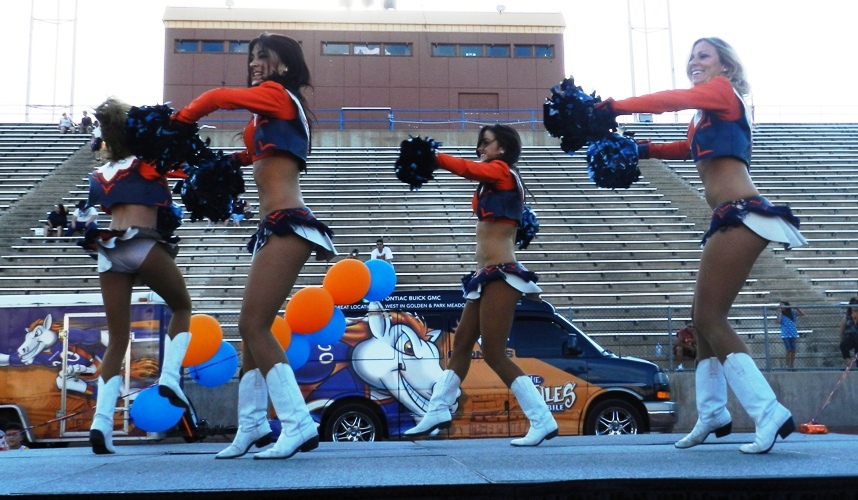 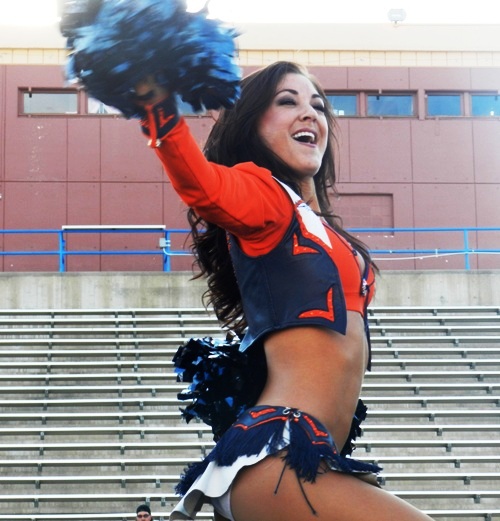 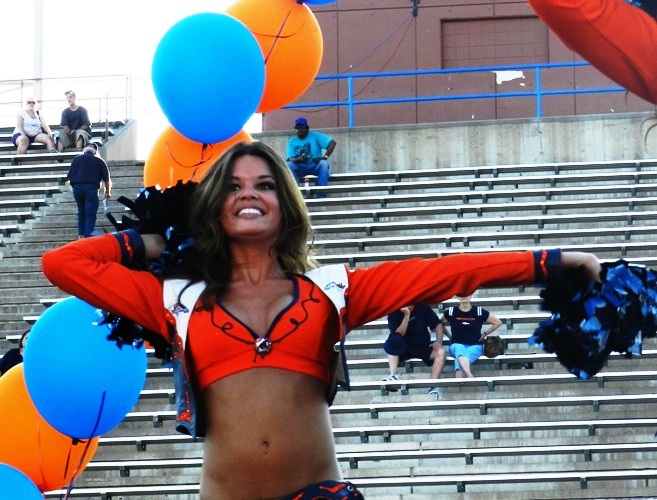 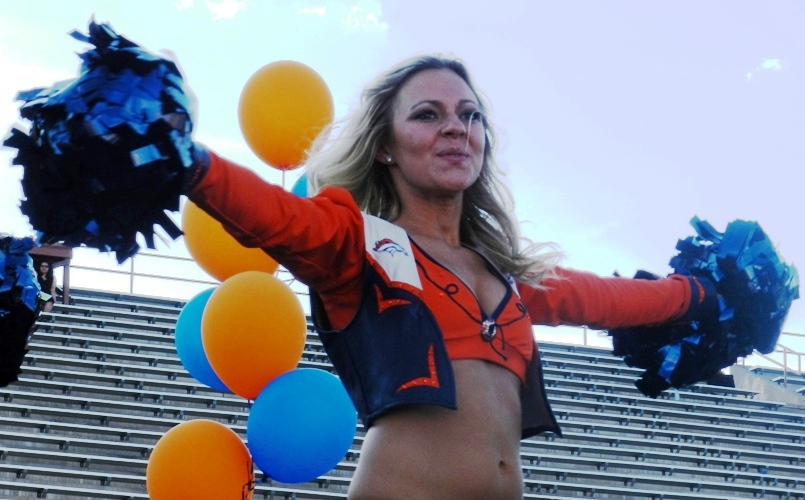 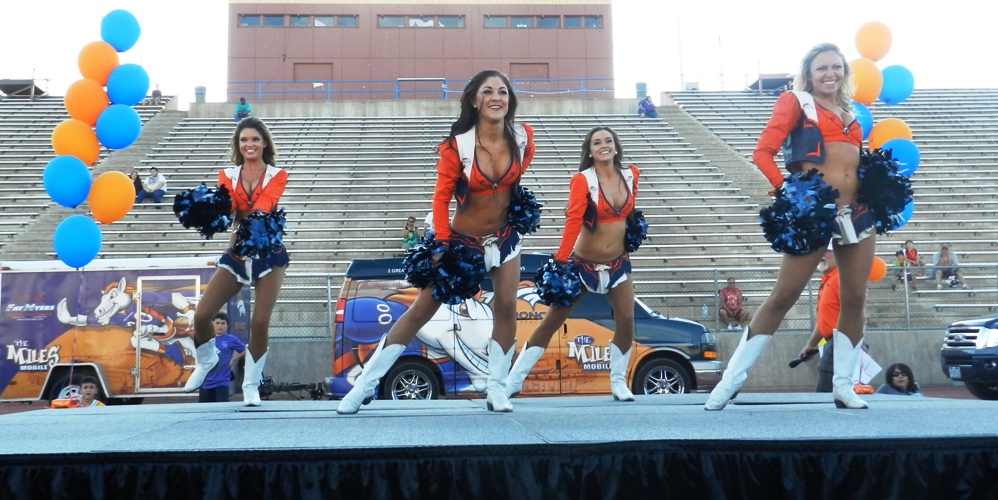 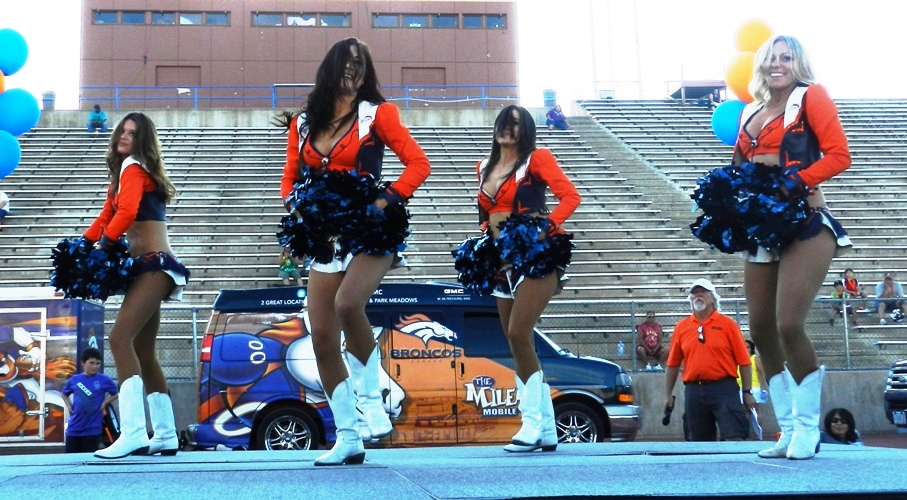 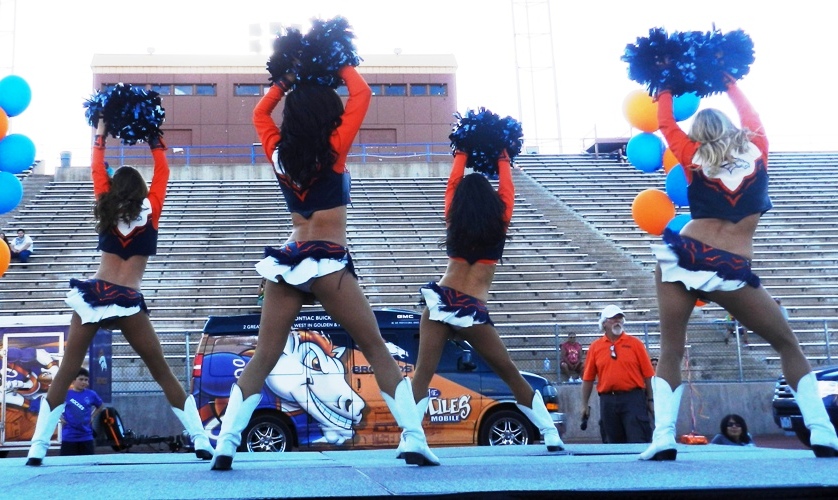 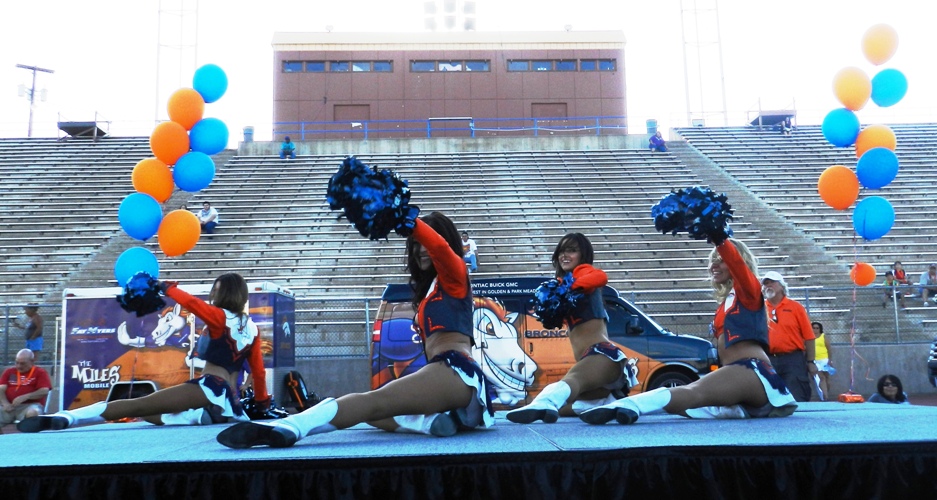 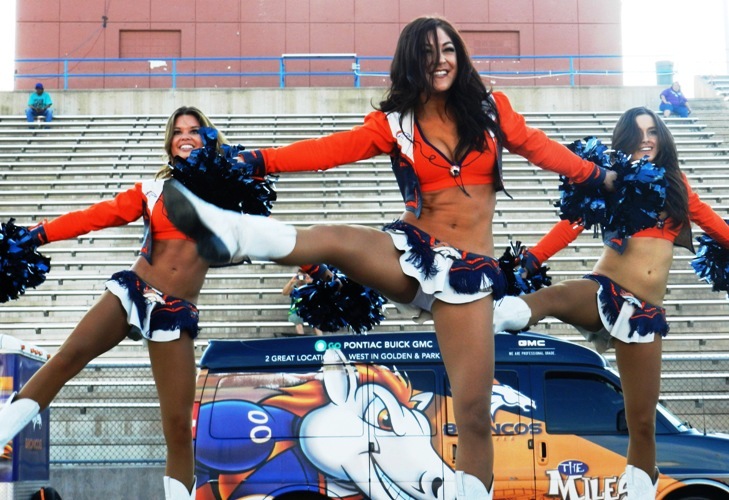 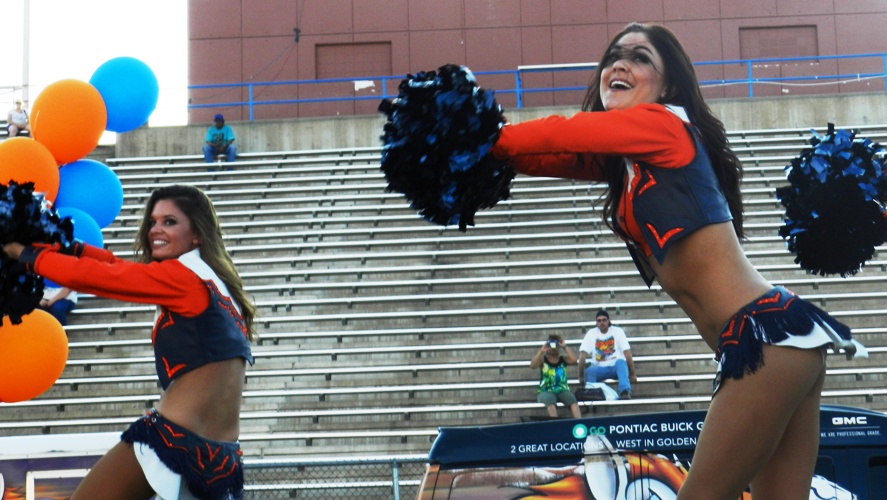 I hope you enjoyed my obsession with the Broncos cheerleaders.