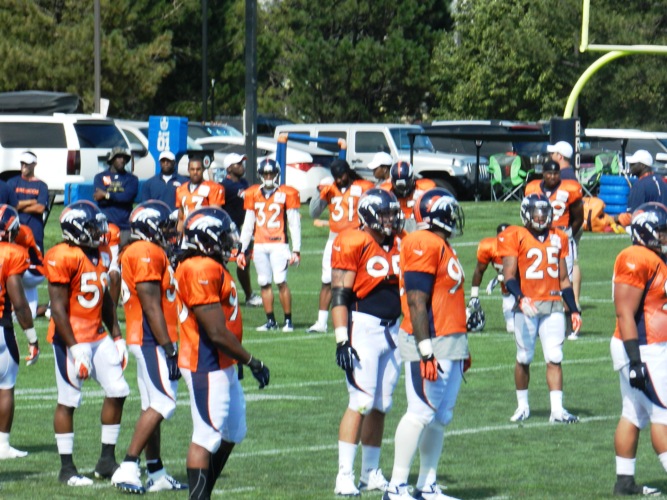 
Since the Denver Broncos have today off, I thought I’d post some of the pictures from Training Camp. So for those of you who surf with your phones, wait until you get home to check this out. It will still be here waiting for you. 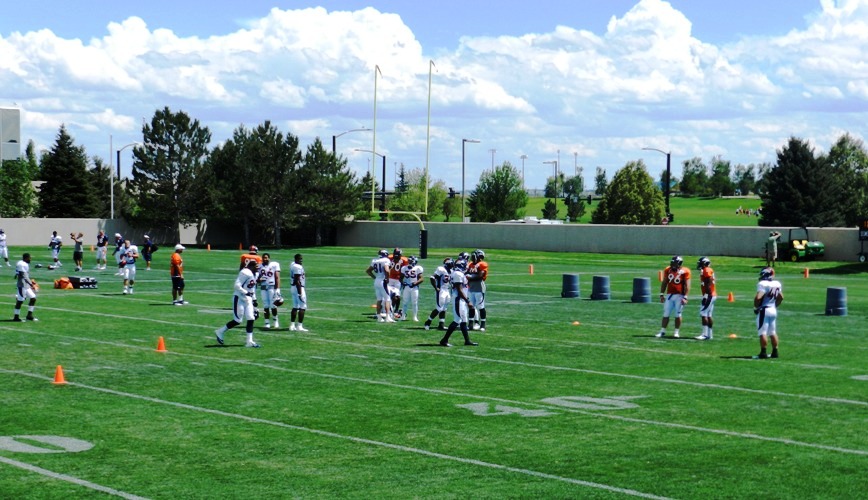 "This is how you cut that meat coach." 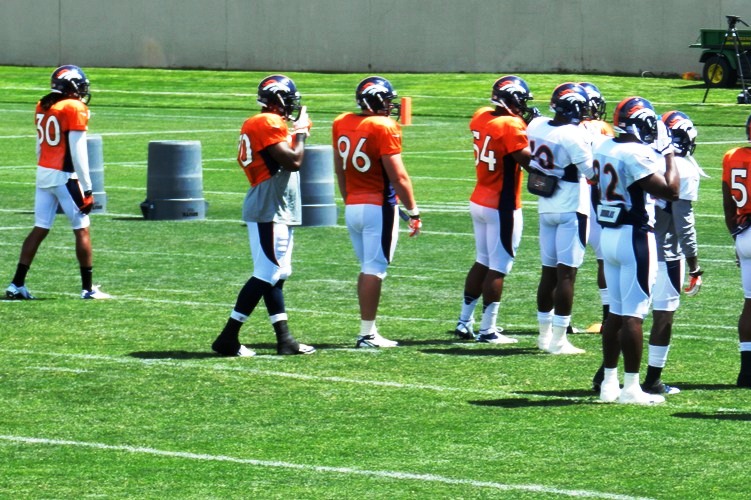 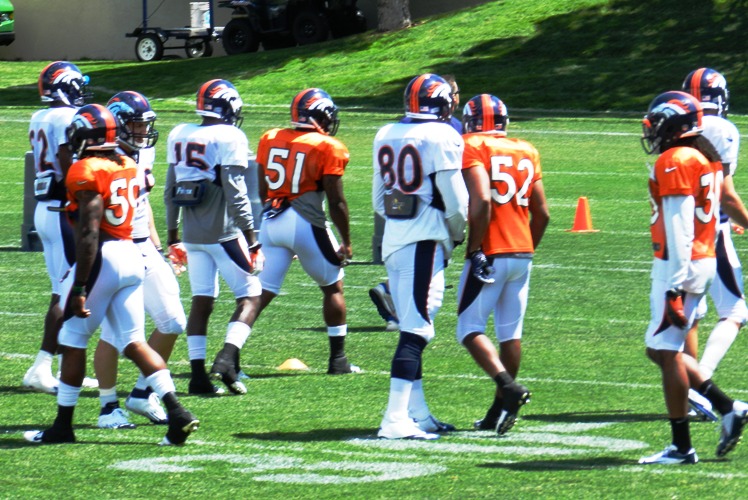 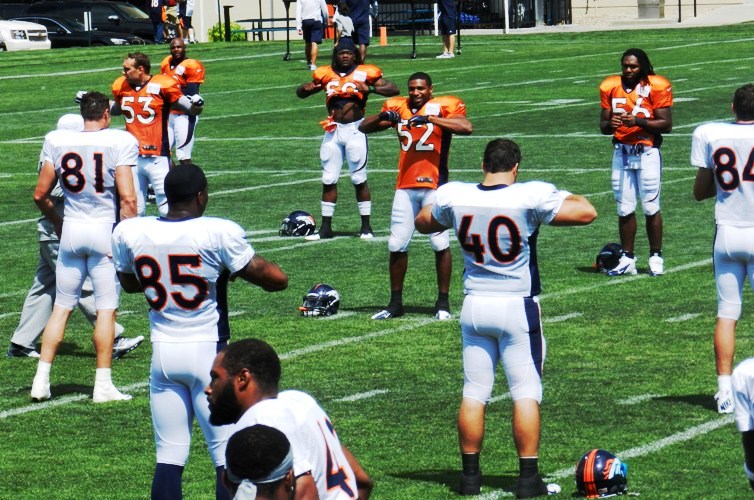 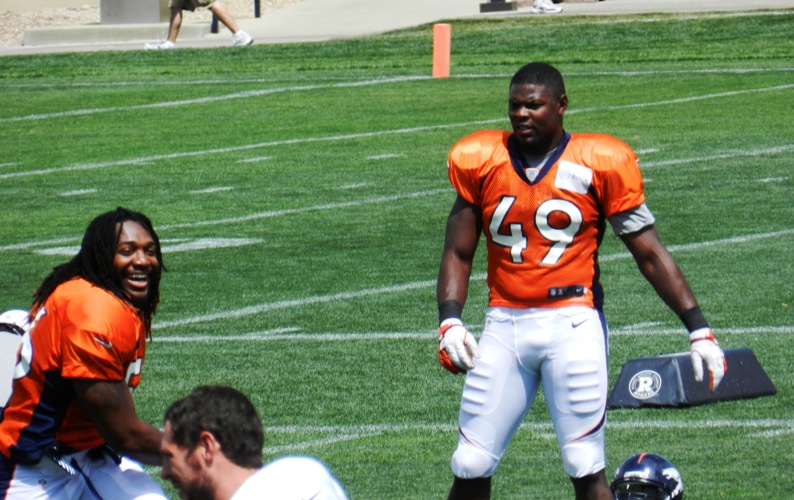 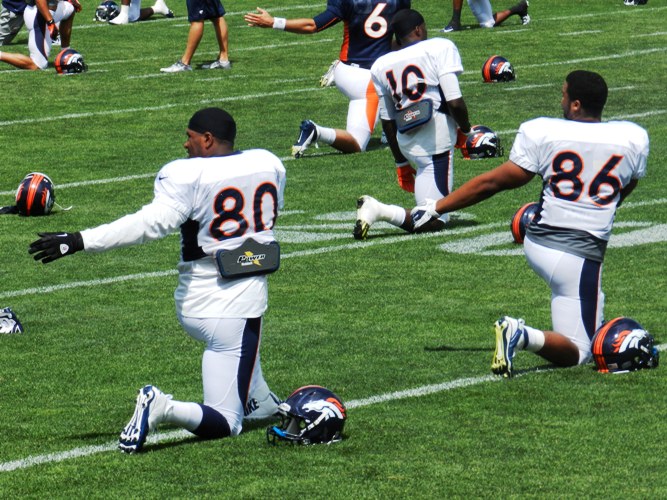 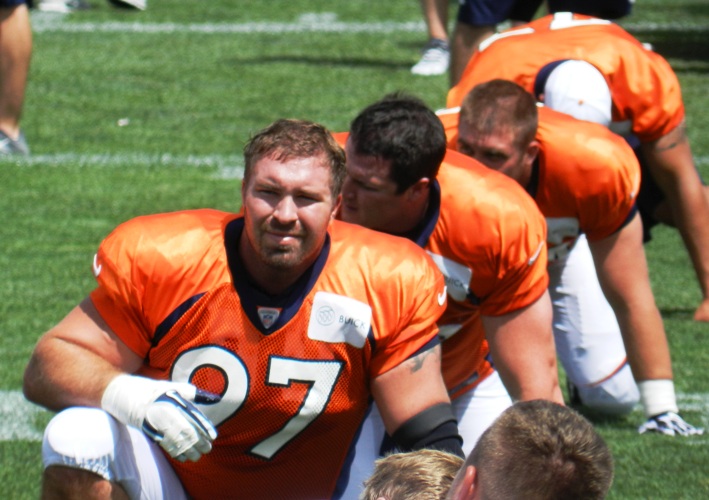 Defensive Lineman Justin Bannan is smiling because he doesn’t require tape on his fingers yet. 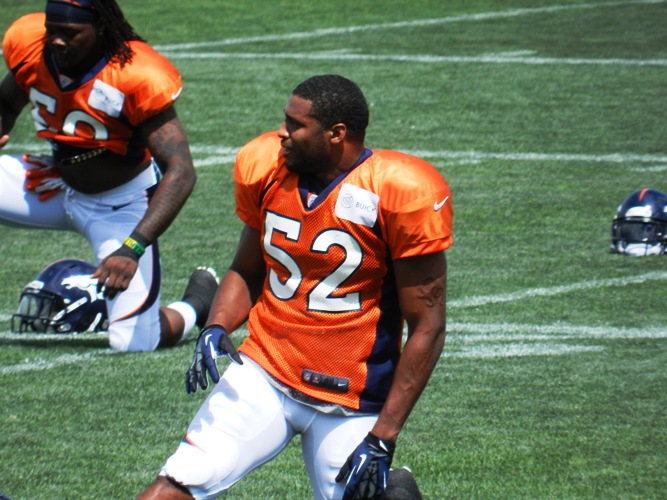 Your 2012 Starter at Weak side Linebacker, Wesley Woodyard. 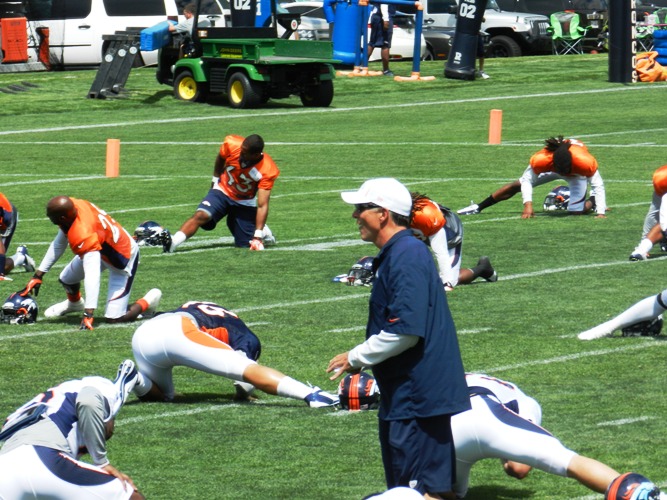 New Strength and Conditioning coach Luke Richesson may end up being the Denver Broncos MVP in 2012. 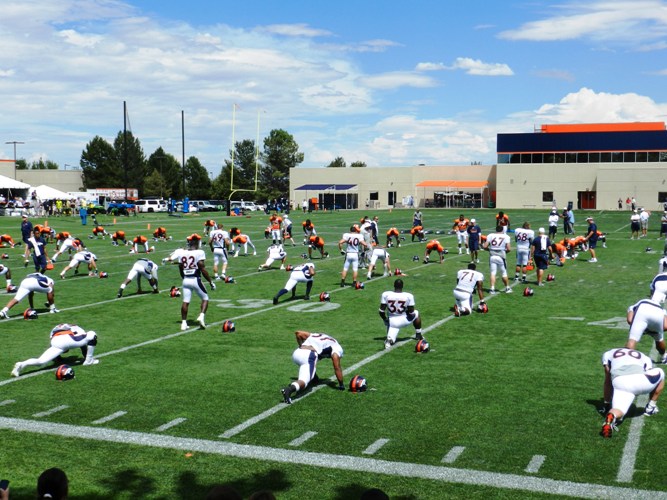 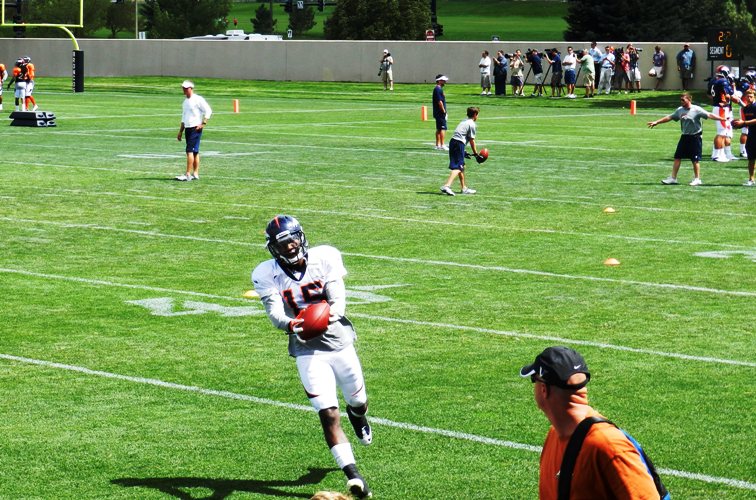 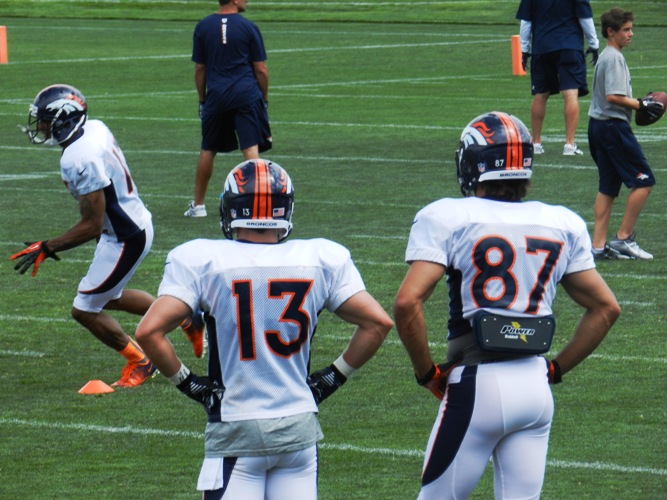 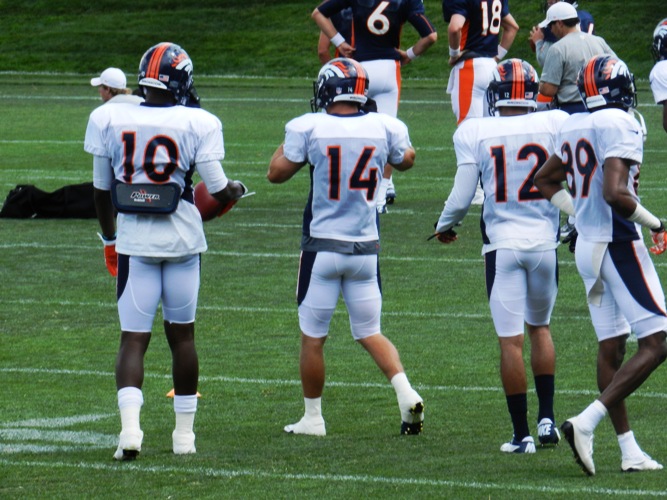 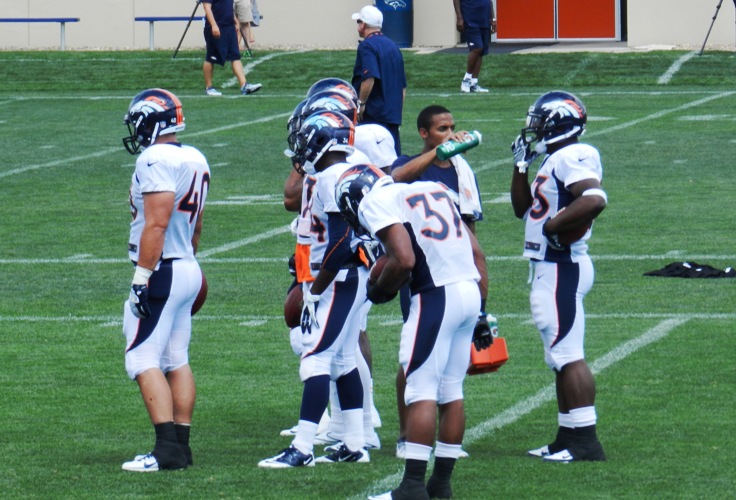 The Running Backs during their position drills. 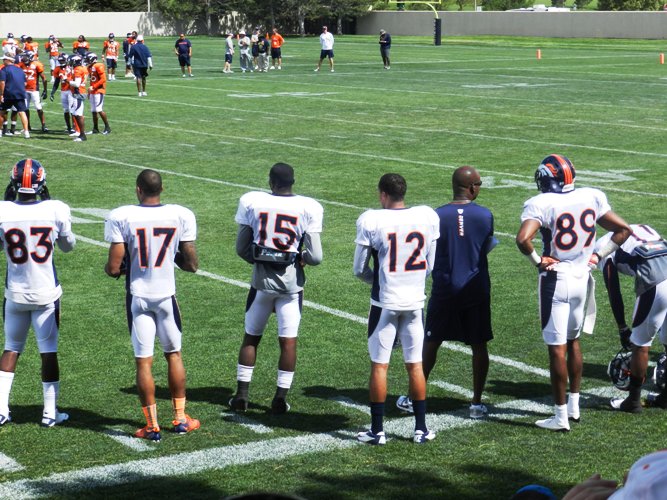 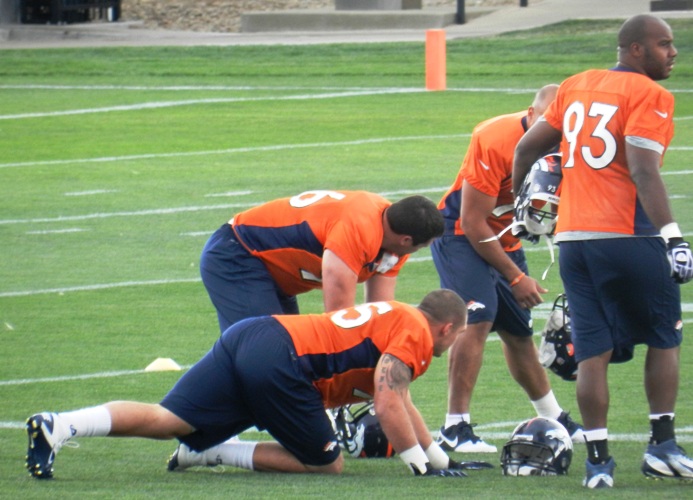 "Dude! Where’d you get those shoes." 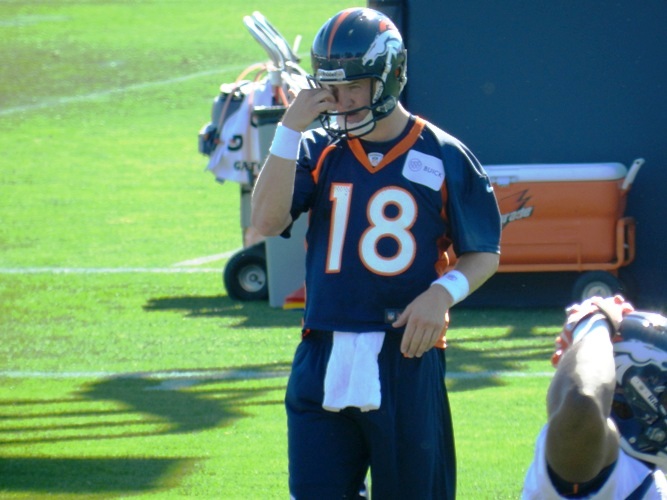 "Is this how Jay Cutler does it?" 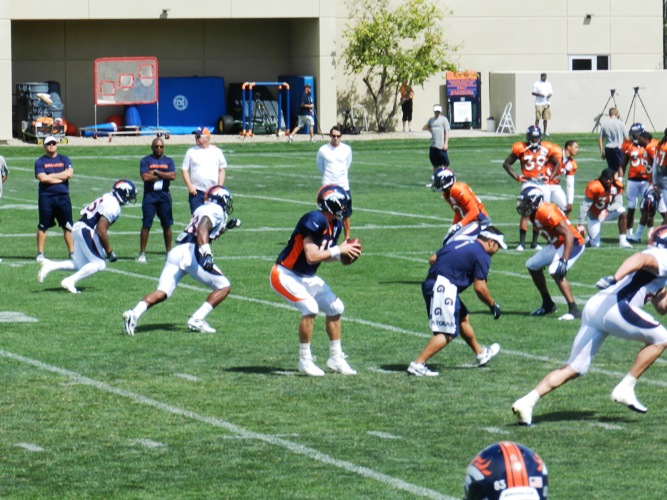 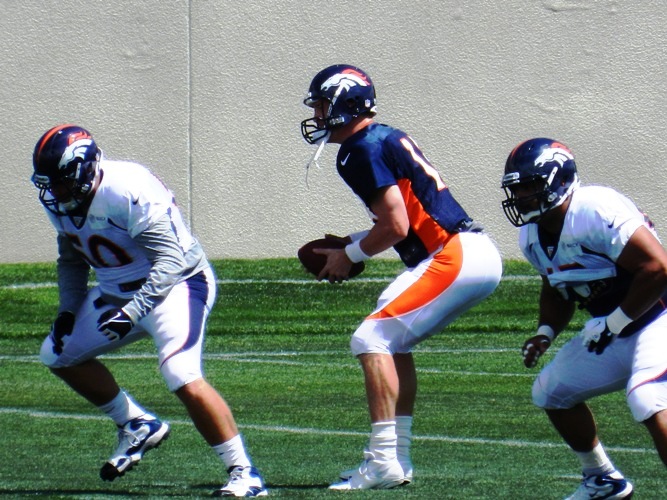 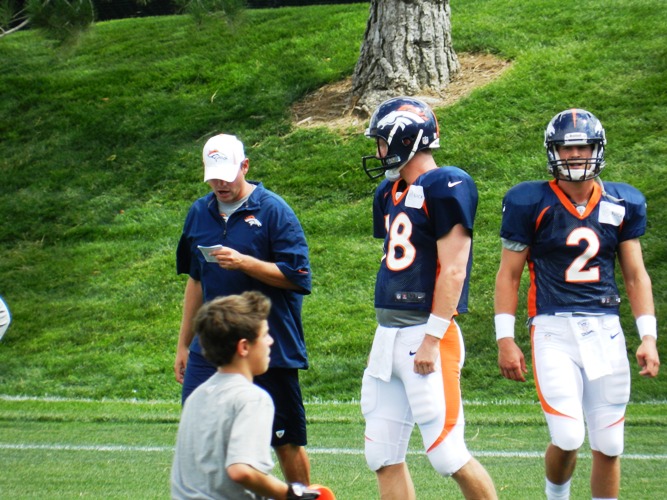 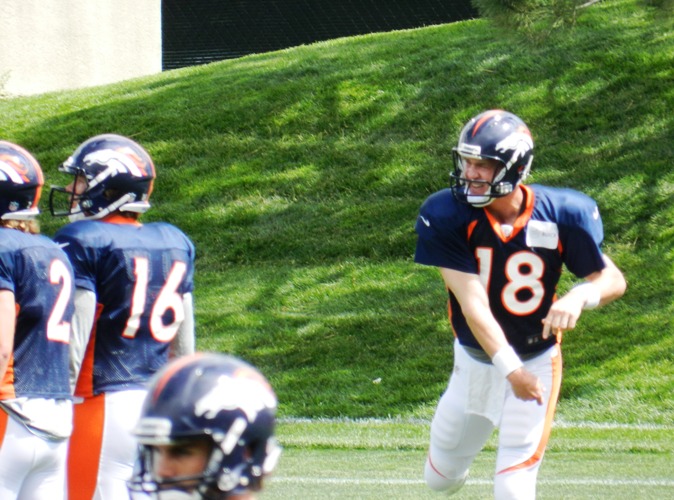 The Quarterbacks during their position drills. 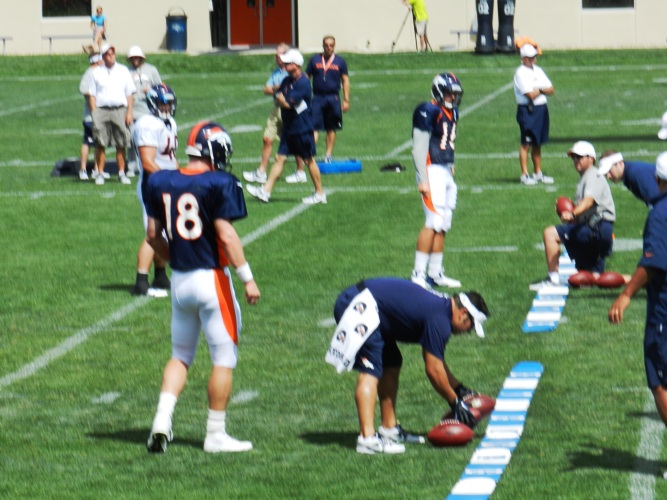 Running Back handoff drills with the running lane mats. 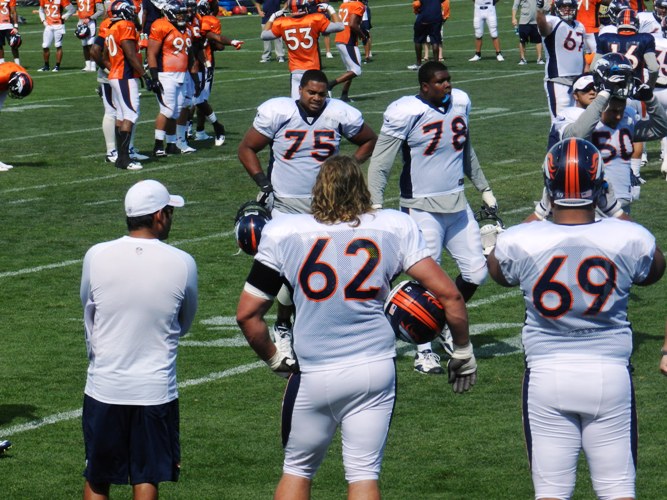 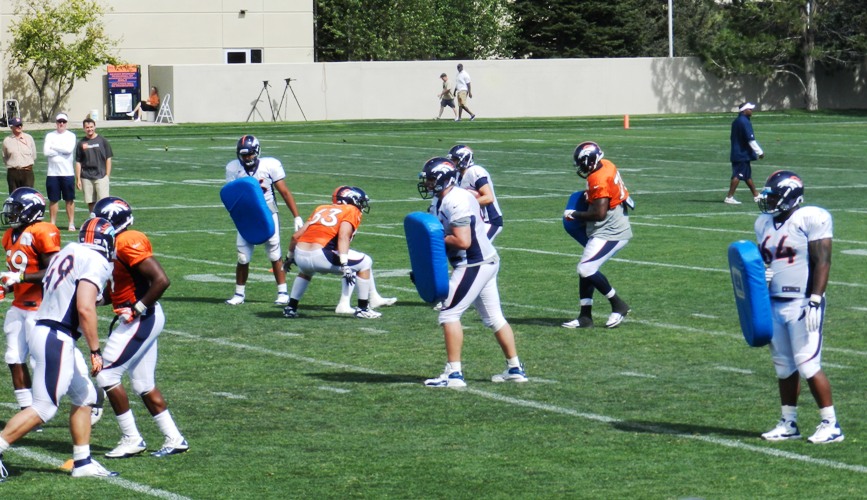 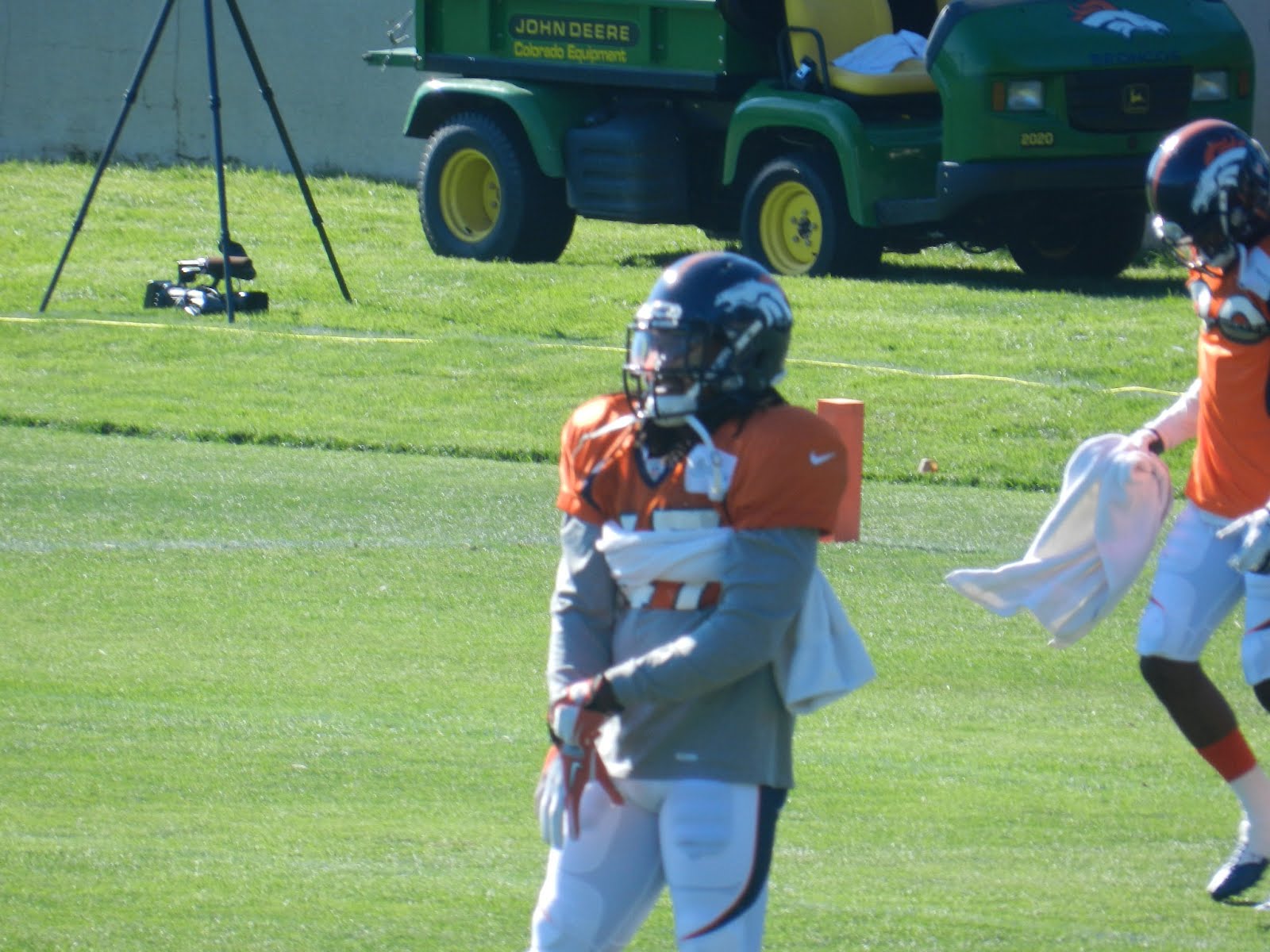 Rookie Omar Bolden using a towel to keep his arms tucked when fielding a punt.

That ought to hold you for a while. Tomorrow’s practice is in the afternoon, so stay tuned.