Share All sharing options for: Bronco Fans Reasons To Celebrate 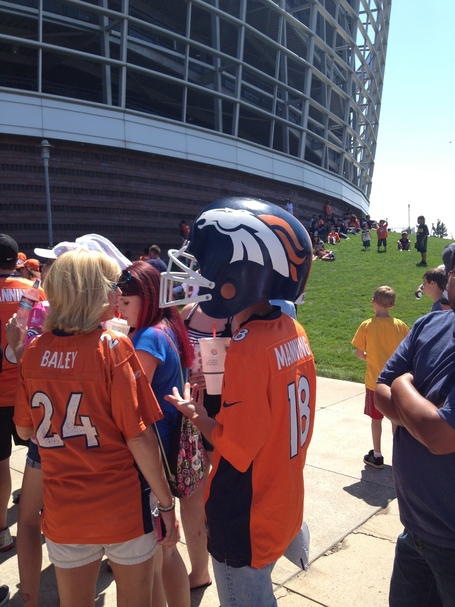 I was going to title this post, "Seven reasons to Celebrate" in respect to the turnaround that John Elway has incited in the Denver Broncos organization and Broncos Country. When I looked through the Game releases from both the Broncos and the Atlanta Falcons (tonight's hosts), I found many more and that put the kibosh on that idea. With that in mind, here are my reasons for you to celebrate.

I don't know about you, but that is enough to get me going.

Now in all fairness, the Atlanta Falcons are favored by 3 points, so we should take a look at similar stats from their point of view.

For a final comment, here is a bit of Coach Speak courtesy of the Falcons game release

"We get a lot of practice in the offseason working against ourselves. Peyton Manning has probably done it better than anybody in the history of the NFL for years and years with the Indianapolis Colts. He would make all of the calls there at the line of scrimmage. We have that in our repertoire as well. As we put our game plan together we, as a coaching staff, want to put our offensive thoughts together. It could be very possible that we run some no huddle and again we may go out and do what we did the majority of this game and call it. I think we operated at a very good tempo in both of those situations in the game yesterday.

- Falcons Head Coach Mike Smith on the use of the no-huddle offense by the Falcons and the Denver Broncos.

I hope this tides you by until game time.