Matt Prater has only missed two extra point attempts in his seven years in the league, and hasn't missed a PAT since 2010. The Broncos scored a lot of touchdowns last year, so Prater's 55 for 55 number was pretty impressive. Tack on another accurate year of field goals (over 80% success) and kickoffs (64.3-yard average, with 64 touchbacks) and it's clear Prater is powerful, difference-making kicker in the NFL.

If you're going to have your name in a book, might as well make it the NFL record books. And might as well have it in there twice.

Bruton and Holliday: A dynamic duo 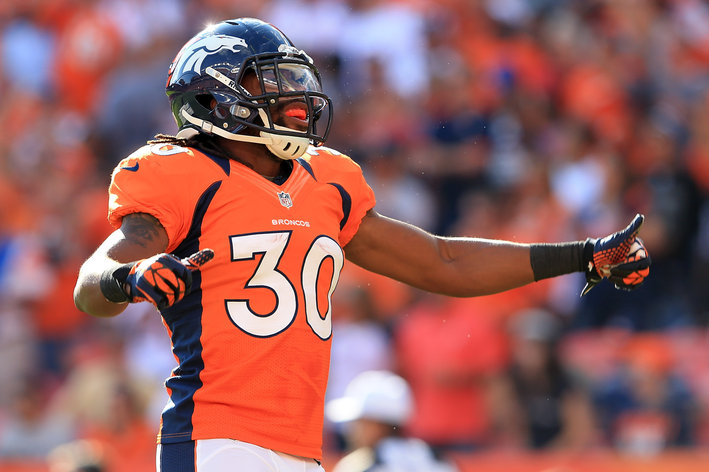 We break down two players on the rise during Denver's offseason workouts this year.

Camp outlook: At 5-5, Holliday is entrenched as the team's punt and kick returner, and that's how he'll earn his roster spot. Whether he finds a way to contribute beyond his role on special teams is really the question. Holliday, a wide receiver, can get behind opposing secondaries in practice; if he can do it on game day, Denver's impressive wide receiver corps will be even more the matchup nightmare.

Bruton has always been a big special teams contributer for the Broncos (32 special teams tackles from 2009-2011), and those contributions helped the 2012 team captain earn a new contract with the Broncos this offseason. Known for solid technique as a return escort, great positioning as a gunner, and still being able to lay the wood in kick and punt return coverage, David Bruton will be a Bronco for years to come.

Camp outlook: There isn't a question of whether David Bruton has earned another year as special teams leader and captain. The only question is whether he's outgrown it.

Bruton was a big riser for the Broncos during OTAs and minicamp at the safety position, earning first team reps throughout the workouts. If that role becomes significant enough, his role as special teams dynamo may decrease.

Britton Colquitt continues to be an undervalued, unspoken-of weapon for the Denver Broncos. His 2012 season saw him punt 67 times (a career low -- thank you Peyton Manning) but still turn in a solid average and a career high net average. He also set a personal best in percentage of punts landed behind the 20-yard line. An enviable 40.3% of his punts pinned the enemy deep in their territory.

Camp outlook: Colquitt is the entrenched starter, but he does have some competition at training camp this year. 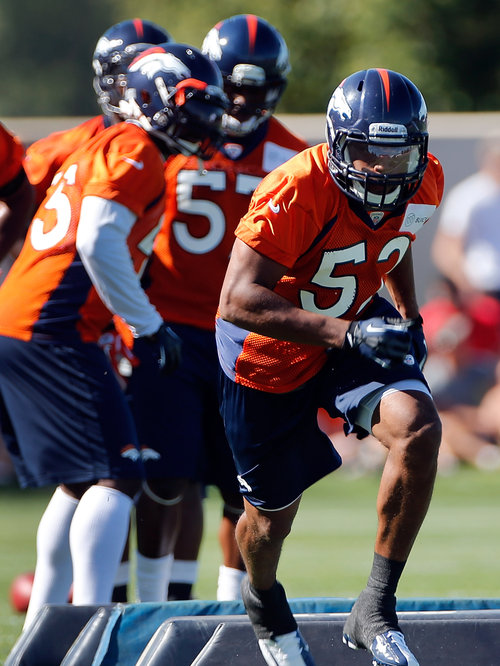 MHR gets you ready for Broncos training camp:

Doerr was described to us as an underrated factor for the Kansas State Jayhawks. In one game in 2012, he pinned the Oklahoma Sooners behind their 20-yard line on all five of his punts.

Camp outlook: An undrafted rookie, Doerr is basically trying out for a spot on Denver's practice squad -- or another team's practice squad. Let's see how he does in the preseason.

Aaron Brewer was Denver's long snapper as a rookie in 2012, where he did as well as anyone could expect, while also netting two solo special teams tackles.

Camp outlook: There isn't a long snapper pushing him, and Denver's backup LS is tight end Joel Dreessen. Brewer will take one of the team's 53 roster spots.

Which special teamer are you most excited to hear about, in their special teams role, in training camp this year?