Game time! Jaguars at Broncos is predicted to be the most lopsided game of the 2013 season. The perfect recipe for a Jaguars upset, or a second bye week for the Broncos? Kickoff: 2:05 p.m. MT. TV Channel: CBS.

A position-by-position breakdown of the two teams paints the picture: the Broncos are graded to have a better starting player at nearly every position across their depth chart. Even without Peyton Manning, the Broncos would be heavy favorites Sunday. 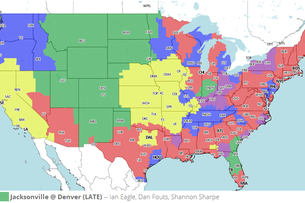 If you are in the green, you will get the Broncos game this week (click for more).

Will the Broncos win and cover, or will the Jaguars close the gap?