It was one heck of a sequence for Malik Jackson during a 3-play stretch on defense against Jacksonville. In the 3rd quarter, up by 9 points, Malik almost singlehandedly took over the series which resulted in 2 sacks, a tackle for loss, and one badly needed three and out. Here's how it went down!

The Jaguars are in 11 personnel. They are going to run the "levels concept" in the passing game giving Henne three levels of the field to read, high to low off a playaction fake. Henne will fake the pitch to his left and bootleg out to the right. The only problem? The offensive line crashed down to the fake side in order to sell it, leaving Malik un-blocked. Malik does as he should, he holds his edge and charges upfield. He's strong enough to take Henne down with one paw. 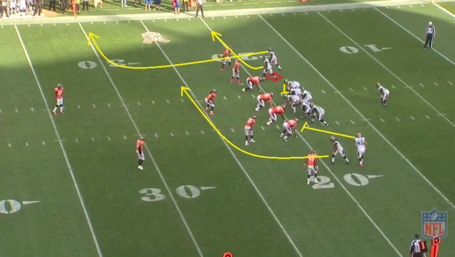 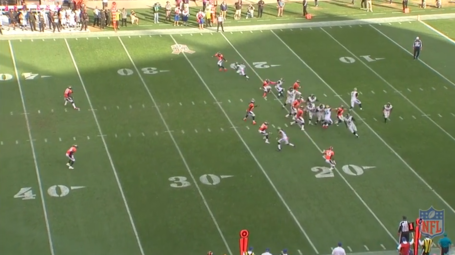 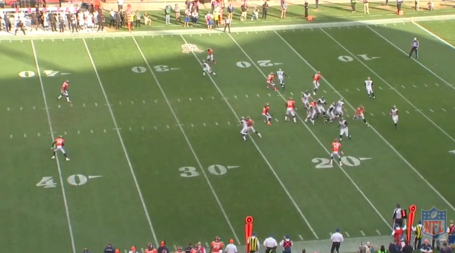 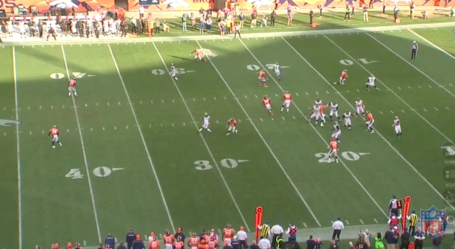 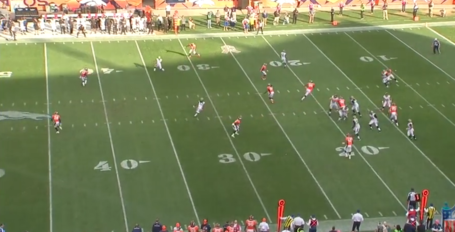 Here the Jags will run a counter play. The blocks are as shown. There's really a couple of keys here, the ability of the center to keep the backside 3-tech out of the A gap, the ability of the playside guard and tackle to keep the playside three tech free from crashing the A gap, and the ability of the pulling guard to seal off the edge (Jackson). Well, none of that happens. Knighton controls his man and crashes down playside, Unrein holds his ground and clogs up the initial running lane, and not only does Malik ragdoll and blow up the pulling guard, but Unrein creates such disruption that the TE fails to get outside for a potential block on the WILL. Malik made the play, he's extremely strong. But his line helped steer Maurice Jones Drew into his arms. 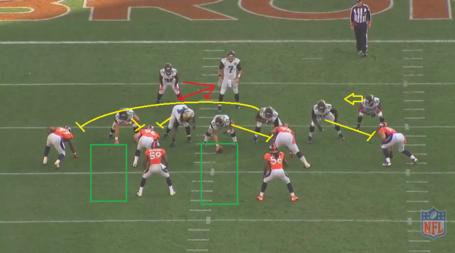 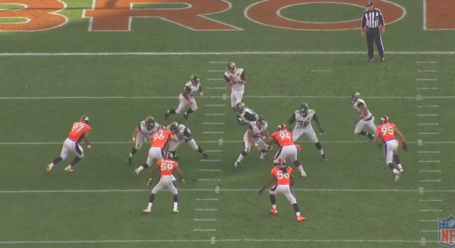 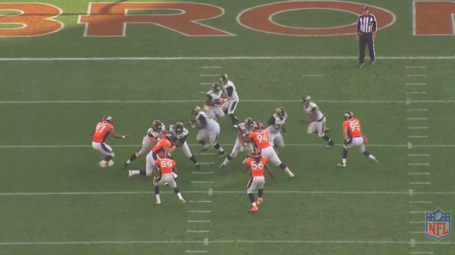 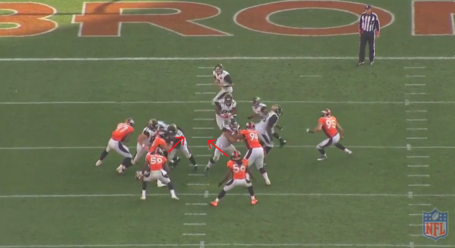 Beautiful teamwork here. Three man rush. That's it--seven will drop into coverage. Malik and Shaun Phillips are going to run a stunt. What makes this play is the setup and quickness of Phillips. Shaun is going to stutter step to get the RT to square up. He will then use a violent rip move back to the inside which draws the hesitant and now behind LT with him. Malik loops around the edge. Phillips has taken away any protection from the edge as well as clogged up the guard from chasing down Malik. Once again, beautiful teamwork! 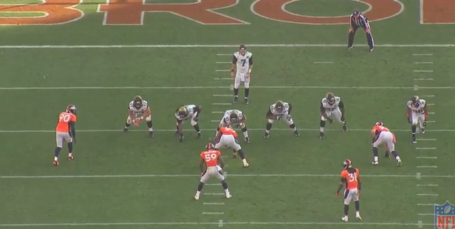 Here comes the rip back to the inside: 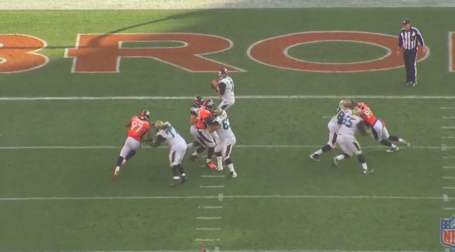 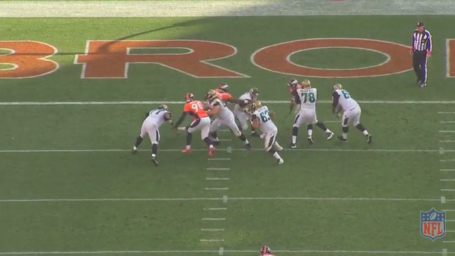 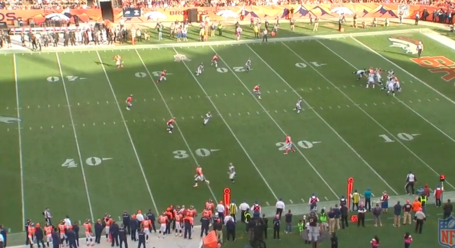 Also look at the 7 dropped into coverage. Where would you throw that ball???

We know that Malik is strong. But what has stuck out to me this season are his awareness of the play and his aggressiveness. Once he makes up his mind on how to attack, his speed is relentless.

The NFL has been put on notice, and with the help from teammates along the line such as Derek Wolfe, Kevin Vickerson, Terrance Knighton, Shaun Phillips, Robert Ayers, and Mitch Unrein, there is no doubt in my mind this is just the beginning.

A Mile High Salute to Malik Jackson and the men in the trenches!