Peyton Manning's homecoming didn't need any gasoline thrown on the fire - the frenzy for this game was already hot enough! But Colts owner Jim Irsay's comments stoked the coals, while others' responses (head coach John Fox included) have made the hype around this game a regular inferno. This is your Game of the Week, without a doubt, and the hype for it could lead some to argue it will be Game of the Year.

Was Manning's lack of playoff success in Indianapolis an outcome of his abilities? Was there not enough talent - especially defensively - on the Colts to support Manning's quests for Super Bowl rings?

The debate rages on and on, but one key focal point of the Peyton Manning vs. Jim Irsay and Andrew Luck debate moving forward will be the outcome of this game, the 6-0 Denver Broncos at the 4-2 Indianapolis Colts, in Week 7 of the 2013 season. Will Manning and Luck be worried about the legacy this game will leave, or can they focus on the always-difficult task at hand - winning a game in the National Football League? 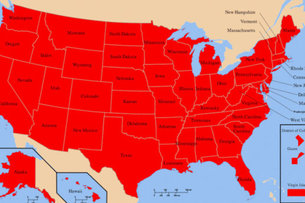 The game will be nationally broadcast on Sunday Night Football on NBC, with Cris Colinsworth and Al Michaels calling the game and Michele Tafoya reporting from the sidelines.

Sunday Night Football games are streamed live on SNF All Access here. You can listen to games live and online using the NFL's audio streaming package Audio Pass. You can watch the game on-demand after its conclusion using the NFL's Game Rewind package.

The Broncos are 6.5-point favorites to win against the Colts on the road.

Will Peyton Manning be victorious in his Homecoming, or will Irsay and Luck