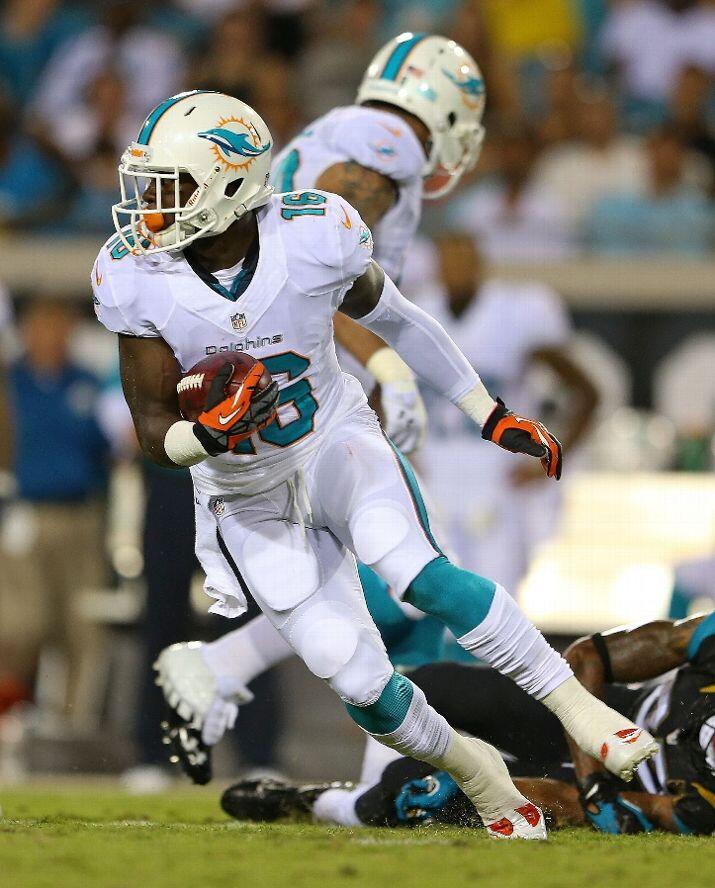 Filling a spot that was vacated when Tavarres King signed with Carolina, the Broncos signed rookie Chad Bumphis to their practice squad on Tuesday.

The National Football League Players Association announced on Tuesday that Marty Magid, Elvis Dumervil's former agent, has been suspended for six months and fined $25,000 for showing negligence in contract negotiations with the Denver Broncos this past offseason.

In March, Denver's front office got in a contract dispute with Dumervil's agent over the defensive end's 2013 salary. The Broncos wanted Dumervil to take a pay cut, but Magid didn't want that for his client (or himself).

Allegedly, the two sides agreed on a renegotiated contract that Magid was to fax to the Broncos by a certain time. If the fax did not arrive in time, Denver said they would cut Dumervil.

Magid was late to send the fax, so the Broncos released the three-time Pro Bowler. Two weeks later, Dumervil signed with the Baltimore Ravens after receiving "multiple offers" from Denver before they released him.

Seven months later, the NFLPA is getting involved:

After investigation, CARD determined that the negligence of Magid, former certified contractor advisor for Elvis Dumervil, contributed to the events that led to the Denver Broncos’ release of Dumervil in March 2013. CARD has imposed a six month suspension of Magid’s certification as an NFLPA contract advisor and a $25,000 fine.

The press release sent out by the NFLPA noted that Magid has the right to appeal the disciplinary action and noted that the Broncos may also be disciplined:

[Our] discipline of Magid does not foreclose action the NFLPA may take against the NFL club for its conduct, which may have violated the Collective Bargaining Agreement and Dumervil’s rights under the CBA.

If the Broncos violated the CBA, they may also receive a fine from the league's player union.

It is worth noting that Dumervil, who fired Magid following FaxGate, did not create a contract dispute—the Broncos asked him to renegotiate a contract on which they had agreed. The whole scenario could have been handled better by all three parties, but some may have been more innocent than others.

The action from NFLPA may help to clear up who was in the wrong. As of now, all fingers are pointed at Magid.