The gang looks at the Denver Steamrollers, erm Broncos.

Share All sharing options for: Water Cooler Quarterbacks: Can Manning Be Stopped?

That question was put to me by multiple members of the Water Cooler Quarterbacks, as we gathered on Monday and Tuesday to talk about the weekend's football games. A great deal of the conversation centered on the Broncos and whether or not the Peyton Manning offense can be stopped by anyone in the NFL. 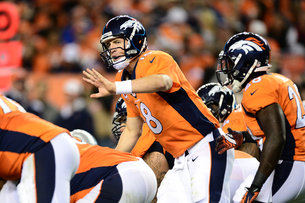 The Water Cooler Quarterbacks break down Denver's no-huddle vs. Philadelphia's no-blink. We all know how that worked out in Week 4.

One of the members shared that he had heard an ESPN commentator -- the name was not known because he had tuned into the television discussion late -- was heard to remark that the only way to stop Manning was to keep him on the sidelines.

In our live discussion, it was pointed out that in the Broncos' 52-20 beat down of Philadelphia, Manning did not play for something along the lines of the better part of two quarters -- the Eagles held the ball for 11:37 of the first quarter and he didn't play during the fourth quarter. So, in our opinion, there's more going on than just keeping Manning on the sidelines.

One thought that emerged was perhaps the Broncos have been dominating their opponents in Time of Possession (T.O.P.). Perhaps that explains the way they have been blowing out the other teams.

A survey of the T.O.P. from Denver's four games finds this:

This represents a cumulative advantage of 126:56 to 113:04. Per game, the advantage is much less significant looking: 31:44 to 28:16. A difference of less than three minutes per game. It is important to remember that the Ravens held the ball over six minutes longer than Denver and still lost 49-27.

The challenge presented by Denver's offense is not found in the amount of time that it is on the field but by how quickly the Broncos can score.

Game 1: Baltimore Ravens
In this game, Denver had sixteen drives that consumed just 26:12 on the clock. The Broncos scored on seven of those drives. Two of those drives were kneel downs to run out the clock at the end of the first half, and later to end the game. Seven of the drives ended in punts. Denver's scoring drives broke down as follows:

Game 2: New York Giants
Denver held onto the ball longer in their second game, holding it for 31:58 -- an advantage of just under two minutes. The Broncos had fourteen drives and scored on six of them. Denver had five drives end in punts, one end in a fumble and two were kneel downs to end the half and the game. It should be noted that one "drive" was an 81-yard punt return for a touchdown. So, the six offensive scoring drives broke down as follows:

Game 3: Oakland Raiders
Once again, the Broncos increased their T.O.P., gaining a 35:24 to 24:36 advantage. Denver had eleven drives in that game but only punted once. Two drives were ended by fumbles and one ended in kneel downs to run out the clock.
Once again, Denver had seven scoring drives which broke down as follows:

Game 4: Philadelphia Eagles
For the third game in a row, Denver held the ball for over half of the game by recording a 33:22 to 26:38 advantage in T.O.P. The Eagles held the Broncos to just ten drives, but allowed Denver to score on seven of them. To be fair, two of those drives were a kickoff return for a touchdown and a blocked punt that was returned for a touchdown. So, in reality, Denver had just six offensive scoring drives. Two of the Broncos' drives ended in punts and one ended in kneel downs to run out the clock. The six offensive scoring drives broke down as follows: 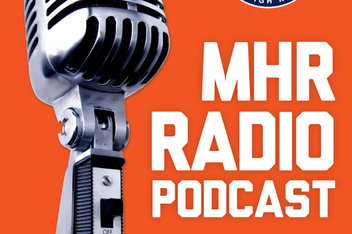 Monty, Ian Henson, and Bronco Mike break down Weeks 4 and 5 of the Denver Broncos 2013 season.

The biggest issue for opposing teams is that Manning and the offense have been able to speed up the pace or slow it down at will, and have capped off their scoring drives with touchdowns rather than field goals (20 touchdowns, 6 field goals).

Our group also noted that there has been a major factor in the Broncos' success that has largely been overlooked in most discussions: the play of the defense. While it can be accurately pointed out that Denver has allowed over 20 points to opposing teams in each game (27, 23, 21, 20), there is much about the Broncos' defense that has remained unheralded.

First up, opposing teams' drives. Denver's four opponents have had a combined 53 offensive drives. Twenty-four of those drives (or 45.2%) have ended in punts. Thirty-six of those drives (or an incredible 67.9%) ended with the opposing team not putting points on the board. By way of comparison, the Broncos have had a total of 51 drives, fifteen of which (or 29.4%) ended in punts, and only twenty-four of them (or 47.1%) were non-scoring drives.

Some other interesting tidbits:

The consensus of the group was that once both Von Miller and Champ Bailey return to active participation, the Broncos' defense will become an even greater force to be reckoned with.

The final consensus among the Water Cooler Quarterbacks was that Denver's defense is playing well enough that Manning will get his chances to score. It won't matter how much time he has -- witness that nine of the Broncos' twenty-six scoring drives took less than two minutes. It won't matter how far he has to travel -- ten of the twenty-six scoring drives travelled 80 yards and three more were for over 60. There are only two ways that this group can see the Broncos being stopped: (1)Massive significant injuries (although the loss of Ryan Clady, Dan Koppen and J. D. Walton hasn't seemed to cause much of a hiccup), or (2)The Broncos manage to beat themselves through a loss of focus that leads to turnovers and miscues.

The Water Cooler Quarterbacks wish you an awesome week of football.