Broadcast map for Denver's Week 11 match up against Kansas City.

The Denver Broncos (8-1) will host the Kansas City Chiefs (9-0) in a fierce battle on Sunday Night Football on NBC this weekend. The winner will enter Week 12 atop of the AFC West. 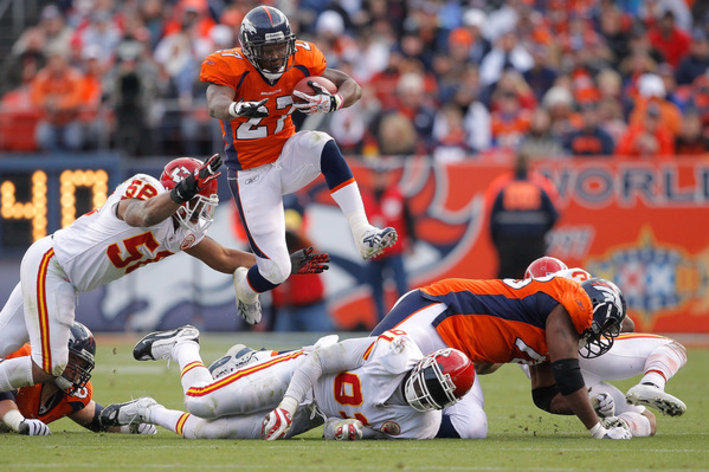 Defenses may win championships, but offenses score points. You can't win without putting points on the scoreboard (click for full story).

If you are in the ORANGE, you will get the game on your local NBC stations. The game will be nationally televised and will be streamed live online at NBCSports.com (just follow their "Watch Live Now" link on game day).

There has been no shortage of smack talk exchanged this week between the two team's fan bases, but it is the players that will have the most to prove on Sunday.

"We'll be juiced up, just like the fans will be juiced up. Everybody is wanting to see it so they moved it to a primetime game," defensive tackle Terrance Knighton said earlier in the week.

This week's game marks the first of two consecutive games the Broncos will play on SNF. Next week, they'll travel to take on the New England Patriots (7-2) on the road. Two week's from Sunday they'll face Kansas City again, in Week 13.

It's going to be a tough three-game stretch for the Broncos, there is no doubt about that.