Well on a personal note, I have picked every game right this week except for the Houston Texans choking against the Oakland Raiders. This guy may just end up winning some cold hard cash by weeks end. On the flip side, my fantasy football team has been pretty much obliterated at every single position, so oh well. 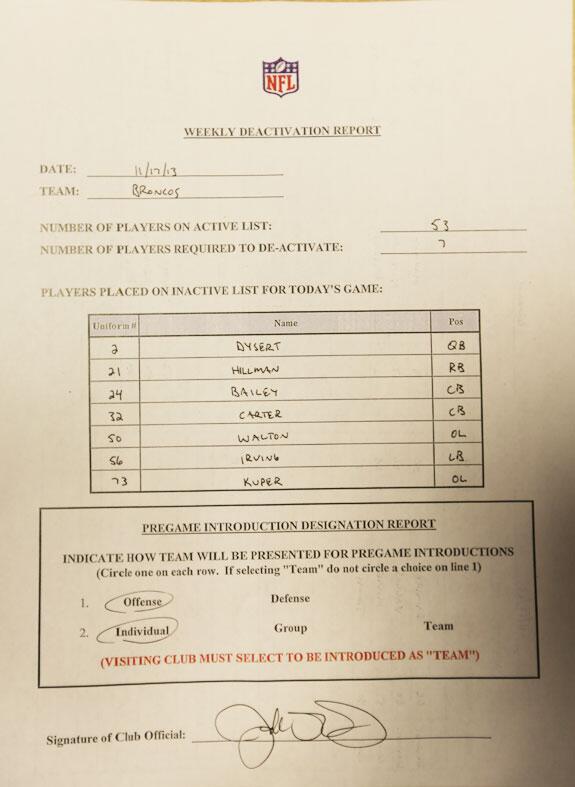 There were several games of the day today, with the incredible finish for the Pittsburgh Steelers. A game where the Detroit Lions inexplicably went for a fake field goal up by four points in the fourth quarter. They failed and provided the spark the veteran Steelers team needed in order to rally to a 10 point victory. The aforementioned Texans choking was interesting, but the benching of Case Keenum should of foretold this outcome for all of us.

As for tonight, a few Denver Broncos players have taken to social media to disrespect the Kansas City Chiefs organization, so I certainly appreciate that they are not taking this game very seriously. All I have to say, you better back it up tonight or you all are going to look like bigger asses than I will end up looking like over on ArrowheadPride. Let's do this.