When the Denver Broncos have a bye week, who are we to do for Create-a-Caption?

Kyle Orton and his "rocking neck beard," of course! (On a side note, be sure to watch the sequel to that video.)

As it turns out, faux Kyle Orton hadn't completely figured out John Elway's master plan. It actually ended up being Peyton Manning, not Tim Tebow, taking over Elway's offense in Denver.

But we'll never forget Orton, because without him, the Broncos may have never gone 4-12 and gone on to hire Elway and secure Von Miller in the 2011 NFL draft and sign Manning in free agency the following year. So really, we owe a big thanks to Orton.

Anyway, what is Orton doing in the photo above? What is he saying?

YOU DECIDE! Get creative.

We'll peruse the comments and select the best of the best for the next week. 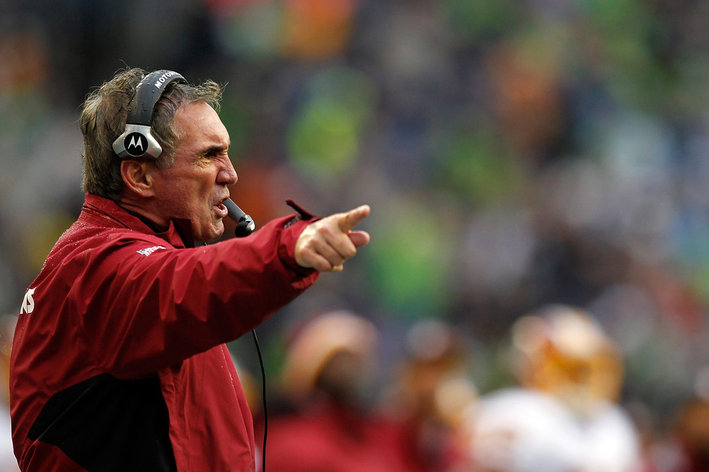 "You told me the tanning beds were that way!"