Game time for Peyton Manning vs. Tom Brady XIV. It's Game of the Week as the Denver Broncos travel to face the New England Patriots on Sunday Night Football. Here you'll find information on game time, TV schedule, what channel the game is on, how and where you can stream the game online, announcers, odds, and more. Kickoff is set for Sunday November 24th at 6:30 p.m. MT.

The Denver Broncos (9-1) are the only team in the NFL with a winning record against the New England Patriots (7-3) under Tom Brady and Bill Belichick. They're 6-4 against Tom and Bill, and no one else in the AFC really comes close to boasting a winning record. 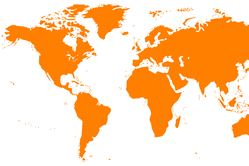 If you're in the orange, you're getting the Broncos game this week.

Yet it's the matchup of Peyton Manning vs. Tom Brady that is stealing the spotlight again, even though the two are never on the football field at the same time. In that matchup, Brady has the edge, and this 14th matchup between the two extends the most storied and dramatic quarterback rivalry in NFL history.

Can the Broncos come out of Foxboro with a win? 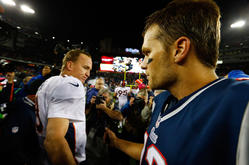 The game will be played at Gillette Stadium in Foxborough, Massachusetts.

The game will be aired on NBC's Sunday Night Football featuring Al Michaels and Cris Collinsworth and Michele Tafoya reporting from the sidelines.

NBC offers live streaming of the game in its SNF All Access package. You can listen to games live and online using the NFL's audio streaming package Audio Pass. You can watch the game on-demand after its conclusion using the NFL's Game Rewind package. 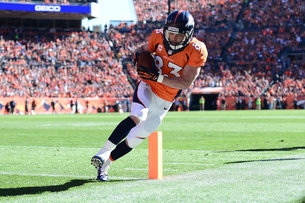 Peyton Manning and Wes Welker are probable, while Julius Thomsa is questionable.

There's no chance of snow tonight in Foxboro, but low temperatures and high winds could influence the game. More from SB Nation.

The Broncos are 3-point favorites to win against the Patriots on the road.

Manning vs. Brady! Can the Broncos escape New England with a win in what might be their toughest game of the year? Let us know in the poll.