The Broncos have played the Chiefs ninety-four times since 1966. How have they fared?

Share All sharing options for: Water Cooler Quarterbacks: Denver-Kansas City Redux -- A Look Back at History

This week is Thanksgiving break for my school district, so the Water Cooler Quarterbacks have scattered for the week. Currently, I am in northern Washington enjoying time with my daughters and my grandson. This was a rather lengthy way of saying, you will only be getting my input this week. 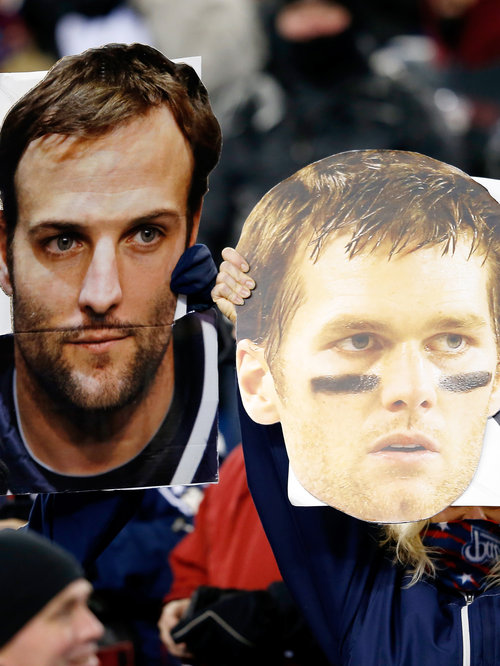 I thought it would be fun -- given the fact that Denver's next game is a rematch with the Kansas City Chiefs -- to take a quick look at the season series between these two teams. I chose to look at the seasons of the Super Bowl era. This era began with the 1966 season which saw the first Super Bowl played on January 15, 1967 and featured the Kansas City Chiefs as the AFL's representative.

So far, in the forty-eight seasons under consideration, Denver and Kansas City have met ninety-four times. The Broncos hold a slight edge in the series of 49-45. Denver has won the first meeting twenty-nine times, but has only swept the season series eleven times.

Let's take a look at those seasons.

KC dominated the season series -- swept the Broncos each season. Denver never finished those years with a record better than 5-8-1. KC had double-digit wins in three of the four seasons, won the AFL championship twice to advance to the SB. The Chiefs won lost the first SB and won the second.

Denver began a rise into respectability during this decade. The Broncos won the first game versus Kansas City in seven of the ten seasons. The Chiefs swept the season series twice while Denver swept it four times. In the seasons where the Broncos won the first game, they went 11-3-0. Kansas City had just one playoff appearance during this decade. Denver went to the playoffs three times and the Super Bowl once.

This was a back-and-forth decade for both teams. There were only nineteen meetings between Denver and Kansas City due to a strike-shortened season in 1982. Fourteen of those nineteen games were won by the home team. The Chiefs swept the series just one time (twice if you count there single win in the 1982 season) while Denver swept the season series three times. Denver won the first game of the series six times but only won the second game three times. Kansas City's lone playoff appearance took place in 1986. The Broncos made it into the post season four times, appearing in the Super Bowl three of those times.

There are many who see the 1990s as Denver's "Golden Age." This is an understandable view: four seasons with twelve or more wins, five playoff appearances in ten seasons, two Super Bowl victories. Yet, in terms of the Broncos' match ups with Kansas City, this was not such a strong time. Denver broke even in their meetings with the Chiefs going 10-10. Each team swept the season series twice. The home team won fourteen of the twenty meetings. Denver won the first game five times, but only won the second game twice. The Chiefs made it into the post season seven times and advanced to the AFC Championship game once. The Broncos made it into the playoffs five times, advancing to the AFC Championship game three times and won two Super Bowls.

The 2000s were not a kind decade to either team. Kansas City saw just three winning seasons and one .500 one. They made the playoffs twice times but did not win any of those games. Denver had six winning seasons and three .500 ones, but fared little better in the post season. The Broncos made the post season four times but posted just a single win. The season series between these two was swept just once when Denver won both games in 2007. The Broncos held a slight edge in the series winning eleven of the twenty match ups. Despite winning the first game eight times, Denver was able to walk away with a series sweep just once.

Thus far in the 2010s, Denver has the edge in the series. The teams split their games in both 2010 and 2011 before Denver swept the series in 2012. Kansas City made a playoff appearance in 2010. Denver has made it into the post season in 2011 and 2012 but managed just a single win (an improbable wildcard victory where the Tim Tebow-led Broncos defeated the Pittsburgh Steelers on the first play of overtime). Thus far, Denver has won the first game each season. It remains to be seen if the Broncos can sweep the series again (as in 2012), or will revert to splitting the season series with the Chiefs (as in 2010 and 2011).

On behalf of the Water Cooler Quarterbacks, I wish you a great week of football.