QB Peyton Manning is obvious, but the other Broncos elected may surprise you.

Pro Football Focus' Midseason All-Pro team features three Broncos on offense, which comes as no surprise when you consider the unit's grade overall.

What is surprising are the three players who received the nod. Outside of Peyton Manning of course. 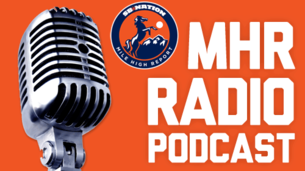 RG Louis Vasquez earned first-team guard honors for being the top-graded guard in the AFC and only allowing four QB hurries all season.

C Manny Ramirez earned second-team honors, behind only Houston's Chris Myers, who some might remember was a former Broncos draft pick.

The Broncos boast a lot of other talent on offense, but none of those players were able to crack PFF's All-Pro cusp. Wes Welker and Demaryius Thomas are both ranked in the Top 10 at WR (8 and 9 respectively), while TE Julius Thomas is also ranked 8th among tight ends (5th in pass catching). With a strong second half of the season, these players could break into PFF's final season awards.