The Denver Broncos' 2014 schedule became more clear Sunday as the Broncos' 2014 opponents were finalized. All AFC division champions were decided, meaning the Broncos learned the last two remaining teams they would face in 2014: the Indianapolis Colts and the Cincinnati Bengals.

Why do the Broncos play in New England again in 2014? 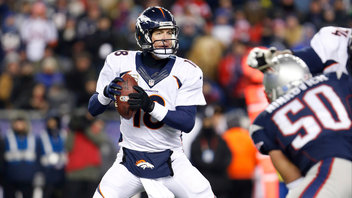 The NFL will release the full 2014 season schedule (with dates) in March or April of next year.

The Broncos' 2014 schedule might just be the toughest in football. The league's two best divisions, the AFC West and NFC West, will play each other in 2014, and the Broncos will again have two games against the Kansas City Chiefs.

The only other teams that might argue they have a tougher schedule at this point are the other teams in the division, having to face the Broncos twice next year. Denver makes up for that with games against fellow division champions like the Bengals and Colts, instead of lower-tier teams like the Browns and Jaguars.

The #Broncos have eight games in 2014 scheduled against the NFL's nine winningest teams of 2013.

Which Broncos game are you most looking forward to seeing in 2014?

Denver Broncos 2014 Schedule: Everything we know