Broncos playoff game will be against either Colts, Chiefs, or Chargers

Share All sharing options for: Broncos playoff game will be against either Colts, Chiefs, or Chargers 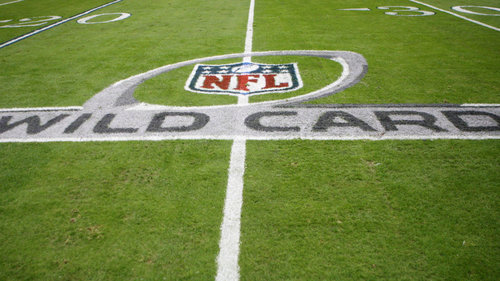 The AFC playoffs picture has been painted; the seeding is complete. Three AFC West teams have advanced to the playoffs. Your Denver Broncos are the top seed in the playoffs with a 13-3 record. They have a first round bye where they'll watch Chargers at Bengals and Chiefs at Colts, and see where the chips fall.

The Broncos cannot play the third seed Cincinnati Bengals in the Divisional Round. If the Bengals win, they will automatically play the second seed New England Patriots.

So it's either the Colts, Chiefs, or Chargers in Denver in two weeks. Here is how Denver's possible opponent shakes out:

How the Broncos play them: Colts win and Bengals win

The storyline: Manning-Luck II would be the marquee matchup of the NFL's slate of 2013 playoff games. It's safe to say the television network set to air this game (either CBS or NBC) is rooting for the home teams in the Wild Card round. The Colts beat the Broncos at home, but they have not looked the same since that prime time game in the middle of the season. The Broncos, and especially Peyton Manning, would be eyeing revenge at home.

How the Broncos play them: Chiefs win and Bengals win

The storyline: The Broncos swept the Chiefs in the regular season, beating them 27-17 at home, then ousting them 35-27 two weeks later in Arrowhead. Denver ended Kansas City's perfect 9-0 season with the first loss, and sent this team into a Wild Card berth where they might have been the AFC's top seed had they split the series with Denver. The Broncos and Chiefs hate each other this year, and it just feels like these two are destined to see each other in the playoffs. Kansas City will first have to knock out Indianapolis to make it happen.

How the Broncos play them: Chargers win

The storyline: The Chargers needed a lot of help to make the playoffs, and they got it in the form of a Dolphins loss, Ravens loss, and Kansas City sitting all of its Pro Bowlers. Even then, they needed overtime and a missed 41-yard Ryan Succop to beat the Chiefs backups. Still, it was only a few weeks ago that the San Diego Chargers put a whooping on the Broncos at home on Thursday Night Football. Hosting the Chargers again will be a chance for the Broncos to get revenge on their AFC West rival - and to match their intensity this time.

Which team would you prefer the Broncos host in the Divisional Round?