The Denver Broncos have the top playoff seed in the AFC... for now. In order to keep it, they can't overlook any of their four remaining opponents, as lowly as their records might indicate they are. First up, Tennessee Titans.

I'll admit it. I'm guilty of looking ahead.

Looking ahead to January. To the playoffs. Do the Broncos really still have four games left to play? Do we care?

We should. While Denver's top-ranked seed in the AFC is hard-earned and well-deserved, it is precipitous. One loss down the stretch will potentially take their road in the playoffs outside of Denver. So while the remaining opponents (Tennessee, San Diego, Houston, Oakland) have a lowly combined 16-32 record, the Broncos can't afford to overlook a single one of them. Not yet.

First up, the Tennessee Titans. 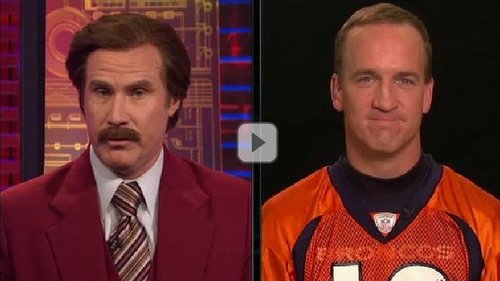 Titans defensive line. The Titans excel at applying pressure up the middle, which is well known to be Peyton Manning's kryptonite. Against the Colts in Week 13, defensive tackles Jurrell Casey and Karl Klug combined for three sacks and nine QB pressures, while defensive end Kamerion Wimbley and outside linebacker Zach Brown got to Colts quarterback Andrew Luck for a sack once each. Overall, Luck was hurried 16 times, hit eight times, and sacked five times, which goes a long way to explaining why the Titans played the Colts so closely in Sunday's game despite three interceptions by Titans quarterback Ryan Fitzpatrick. Speaking of Fitzpatrick...

QB Ryan Fitzpatrick. Sunday was a surprising performance from Fitzpatrick, considering the Titans QB hadn't thrown an interception before that in three starts since October 13th. Fitz went 21 for 37 (56.8%) for 201 yards, one touchdown, and three interceptions (47.2 passer rating). Two of his picks were thrown to a familiar face for Broncos fans: Cassius Vaughn, as hard as that might be to believe.

WR Kendall Wright vs. CB Chris Harris. On paper, Chris Harris is Denver's nickel/slot corner. In reality, he's become the Broncos' #1 corner, especially considering the health situations of Champ Bailey and Dominique Rodgers Cromartie. He'll be facing Kendall Wright of the Titans, who is, by far, Ryan Fitzpatrick's favorite target (averaging nearly 10 targets over the past three weeks). His production hasn't been bad, either - 260 yards, accounting for over 1/3 of Fitzpatrick's passing yards.

Bottom line: the Broncos can't afford to overlook the Titans, especially if Ryan Fitzpatrick shows up hot instead of not.