The game of the day so far has been the incredible Snow Bowl between the Detroit Lions and Philadelphia Eagles. Initially it looked like that game could end in a scoreless tie, which would have been the first such game since 1943. Eventually, the players adjusted and the scoring came with it. 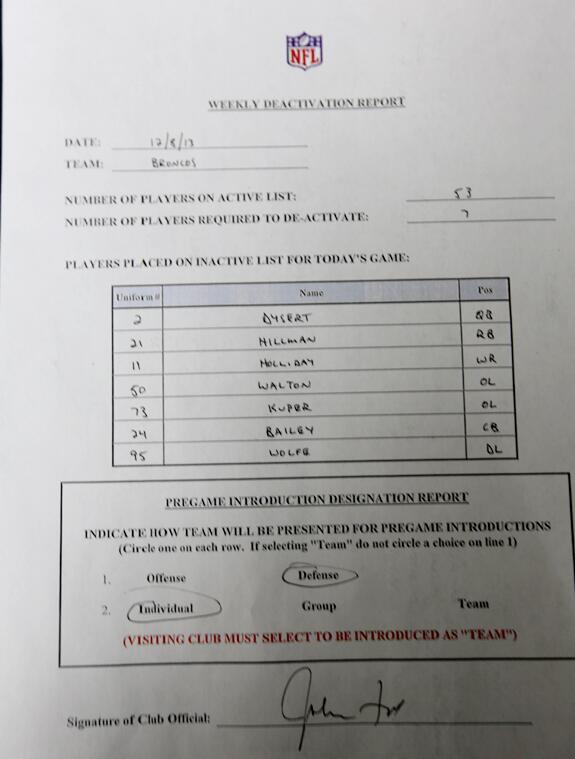 In other news, the two games I switched this week were total failures. I switched from the New York Jets to the Oakland Raiders last night for reasons that escape me now today. The other was switching from the Atlanta Falcons to the Green Bay Packers a mere seven minutes before kickoff this morning. Why?

Oh and to make matters worse, the Kansas City Chiefs blew up the Washington Redskins. Watch the mouth breathing Chiefs fan base return to compare their win over the Redskins to the Broncos win over them a few months ago as a reason why the Chiefs are the better team. Don't laugh, they will make that comparison. You watch.

If there is one thing I am most anxious to see in today's game is for Peyton Manning to show the world that he can play ball in freezing temperatures post-surgery. He doesn't need to throw for 300 yards and four touchdowns to prove it to me. Rather, I need to see him manage the game effectively and at least make some solid throws to pick up third downs. That would please me greatly!