Mile High Report has an infusion of staff and readers following the merger with BroncoTalk, so we're publishing a quick bio of each staff member, new and old. 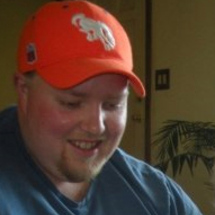 Bio: Being in my family you're pretty much born a Bronco fan. I remember watching the 89' Super Bowl and feeling despair even though I had no real concept of the whole thing. What do you expect out of an 8 year old? Just that I liked the Broncos and John Elway. Fast forward to 1992 where my hardcore fandom was built. I attended a game with my older cousin which turned into the infamous Elway 2 minute comeback against the Chiefs. Way to pick a first game, huh?. My extended family has had our season tickets since the 90 season and I've bled orange and blue ever since. Some of the best memories I had were numerous Elway comebacks, the 97 Jacksonville playoff revenge win, and the total elation of Super Bowl XXXII. XXXIII wasn't bad either.

I created a Broncos news site for a short stint in the late 90s entitled "Rocky Mountain Thunder" that was part of a web design assignment I decided to push live. I quickly found out how difficult it is to run one of these things by yourself. I later joined the news site and fan blog BroncoTalk in 2008 after searching the internet endlessly trying to find a Broncos Blog. I've enjoyed my time with BT and always strive to write the type of articles I would want to read as a fan.

Most Fun: Flogging the Deceased Equine - Maurice Clarett Edition
Most Controversial: The Vice President Will Have None of That
And the best walk down memory lane: Draft Memory Lane - The Overshadowed Pick of 1983, Karl Mecklenburg
(Meck will always be my favorite Bronco) I even went to summer camp with his kids.

Josh has become a good friend of mine through the years, but I didn't ask him to come along out of friendship, I asked because he has a damn good way of connecting to me as a Broncos fan. I can't wait to read and see him do the same for you all here.