The Broncos Six-Pack is a new column at MHR, appearing each Sunday or Monday, where I talk about Broncos and NFL stories that have piqued my interest throughout the week. And we talk Colorado beer. This week we talk defensive ends, the draft, and NFL quarterback conundrums.

Share All sharing options for: Broncos Six-Pack: Freeney over Abraham?

Apparently Dwight Freeney is playing hard to get. So why don’t the Broncos go get that other guy?

Mike broke it down brilliantly earlier this week — Abraham was as productive or more productive than Dumervil himself over the past two seasons, and certainly moreso than Freeney. While neither player saw the same number of snaps as Dumervil, Abraham still proved to be a bigger asset in the the run game and a bigger threat as a pass rusher.

A quick glance at ProFootballFocus confirms this — Abraham was stellar in 2012, while Freeney and Dumervil paled in comparison. Abraham's 22.1 overall rating utterly eclipses Dumervil's -4.4 and Freeney's -0.5 (as 3-4 OLB).

So how much would he cost? Abraham is 34, and the defensive end market is dry (as far as interested teams go). The Seattle Seahawks may be interested, but his former team, the Atlanta Falcons, just signed Osi Umenyiora for around $4 million per season. Meanwhile, Dwight Freeney is reportedly holding out for a range closer to $6 million per season.

Abraham could be signed for less than both. I'm hoping to see traction to this end during the week.

But perhaps the Broncos aren't jumping on either guy because they're looking to possibly address the position outside of free agency later this month. Which brings us to...

The knee-jerk reactionary, A-to-B reasoning of the mainstream media has the Broncos doing the obvious — attempting to replace Elvis Dumervil with a first-round draft pick. And if it isn't a defensive end the Broncos take, other analysts have them tacking a defensive tackle.

For me, the conclusion isn't so definitive. The Broncos do have depth needs, but none of those needs are so overwhelming that the Broncos should ignore a value pick. I'm of the opinion the Broncos should go Best Player Available in the upcoming draft, regardless of need. If that's an offensive tackle, take an offensive tackle. If that's a cornerback, take a corner. What do you all think?

Clearly Elvis Dumervil’s departure wasn’t about the money. As Mike Klis of The Denver Post detailed, Dumervil was offered more guaranteed money and a higher three-year average from the Broncos than the Ravens. The Ravens offered a higher $8.5 million guarantee in the first year, but the guarantees stop there.

After paying Dumervil a reported $18.9 million in 2012, you would think a fax faux pas would get the Broncos a pass. That wasn't the case. Perhaps Dumervil was disappointed in the behind-the-scenes comments that went down between he and the Broncos leading up to FaxGate. Perhaps he was disappointed in John Elway's public comments. We may never know.

One thing I do know — the entire situation has left this fan greatly disappointed. 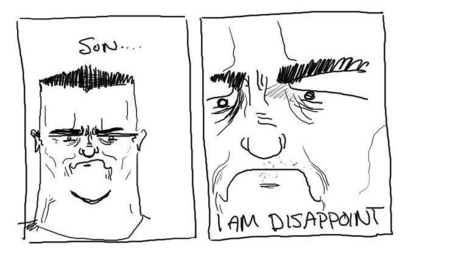 Odds are slim that Carson Palmer will survive the offseason in an Oakland Raiders uniform. The Raiders are in talks with the Seattle Seahawks for Matt Flynn, and the Arizona Cardinals are “doing their homework” on Palmer, likely looking to trade late-round draft picks for the former Cincinnati Bengals Pro Bowler.

Assuming Palmer leaves, he will have netted the Raiders 30 interceptions to only 35 touchdowns in 25 games (eight wins). It will be one of the worst uses of a first-round draft pick since... well, JaMarcus Russell. Just win baby.

That’s $108 million per playoff win. I wonder what Tim Tebow thinks about that. 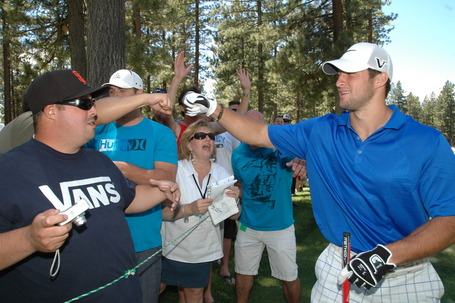 6. Send me your beer

...recommendations. Though if you wanted to send me beer, that's cool too.

Each week I'll be reviewing a Colorado brew in this spot, and I am definitely looking for recommendations. Rocky Mountain State microbrews are world-renowned, so help this displaced Coloradoan get a taste of home, and maybe we'll expose some tasty beverages for one another! Hit me up the comments.

Got an idea, question, comment, or beer for the Broncos Six-Pack? Email Monty at BroncosMHR@gmail.com.