Out to Stud: Top Denver Broncos Plays of 2012

This play is so good, it deserves to be looked at all by it's lonesome!

Share All sharing options for: Out to Stud: Top Denver Broncos Plays of 2012

DT, Demaryius Thomas, Optimus Prime, Baby Tron, 88, whatever you call him one thing's for sure--this cat can ball! Peyton Manning has NEVER had a receiver like this and we saw all season long how Manning chucked the ball up and let this big man go up and make big plays. The stage is never too big for DT and this play happened on national television during Monday Night Football. This might have been the best catch he made all year! 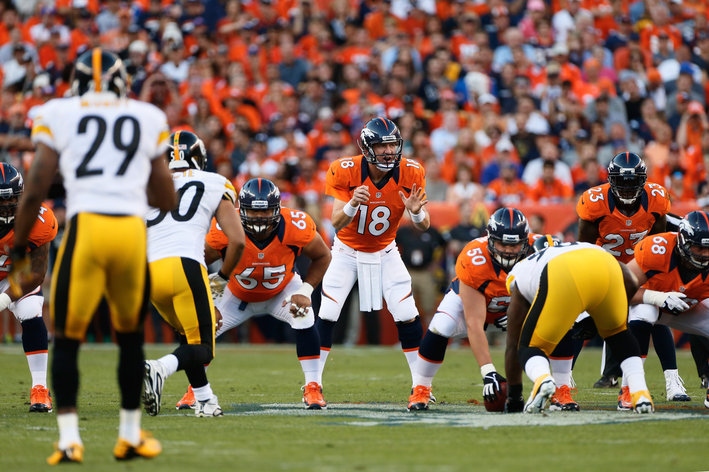 Personnel: 11, Shotgun, back to the right. DT is split out left.

The Falcons were protecting the deep boundary. Both safeties drop into a Cover 2 shell. The corners both have off man coverage. To my surprise DT's man protects the inside of the field (where the safety has dropped back) and yields a big chunk of real estate to the outside boundary. DT runs a beautiful route setting up his man with an initial slant step. He straightens it up and gives a larger cut as if he's going to the post. #88 though breaks crisply back to the corner and is wide open. 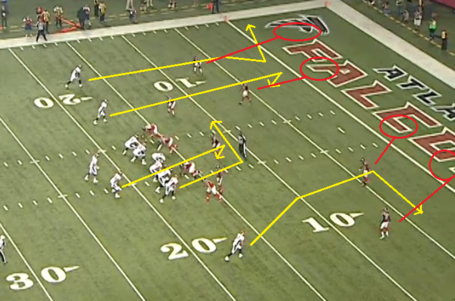 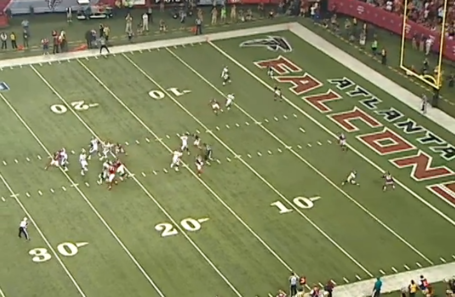 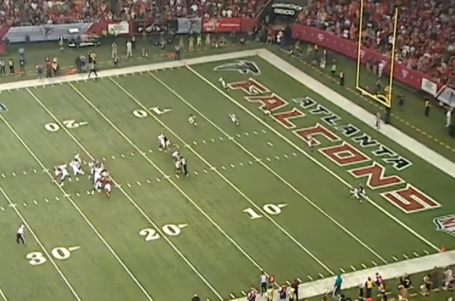 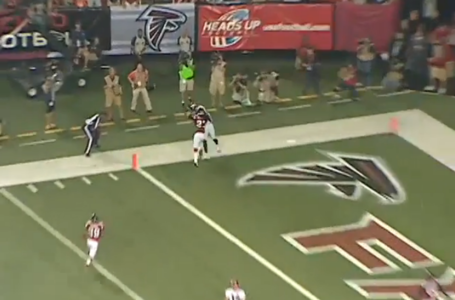 Peyton makes a bad throw, he lets loose a bit late and throws the ball high and outside. No worries though, this is Demaryius "MF" Thomas we're talking about here! Let's look his effort in all it's glory: 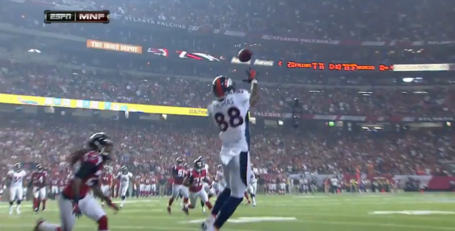 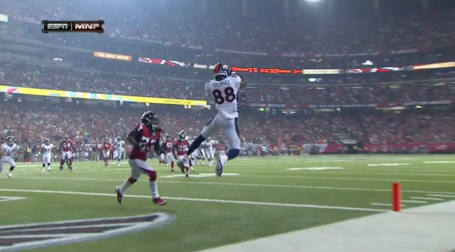 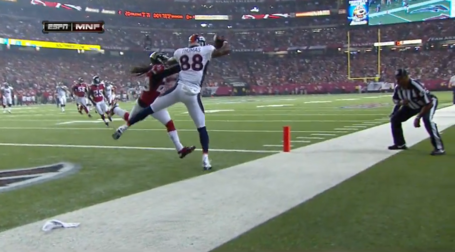 One foot...and drag that toe! 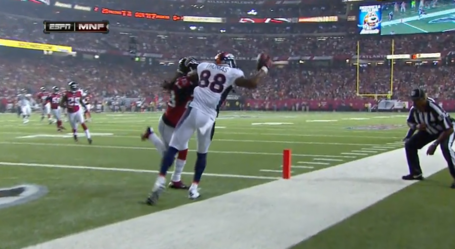 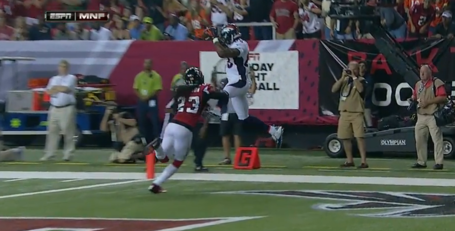 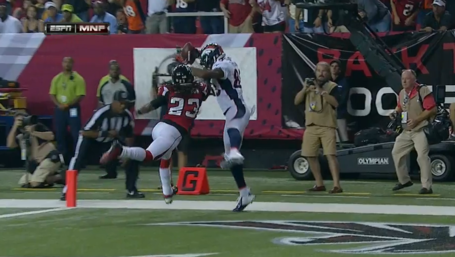 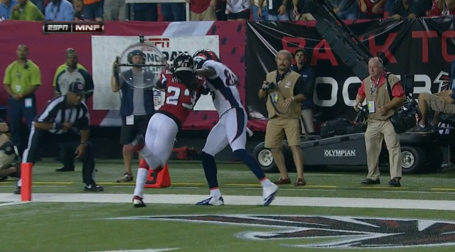 The Great thing about these new artificial surfaces? You can see that black rubber kick up when they drag their toes: 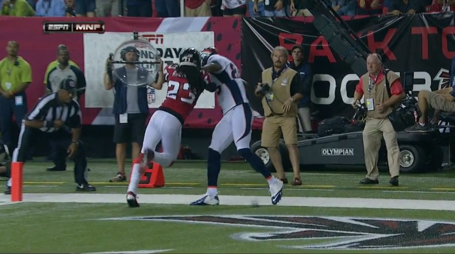 Ooh, I heard it through the Grapevine

And I'm just about to loose my mind,

Mr. Thomas is something special! 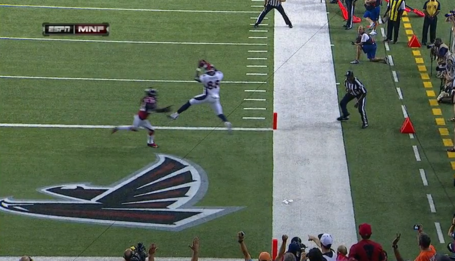 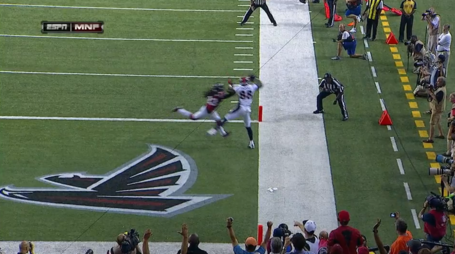 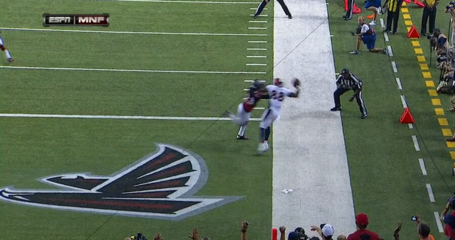