Another ten NFL Mock Drafts added to the database this week. Damontre Moore knocked Tank Carradine from his mantle at the top spot for the Denver Broncos 28th pick. Who do you think is worthy of the top spot?

We've updated our 2013 Denver Broncos Mock Draft Database, increasing the total number of mocks from 20 to 40 in our database. The increase also helped us hone in on an upper tier of draft prospects that interested parties think John Elway and John Fox might just be interested in taking in the first round. This week, Damontre Moore dominates the boards for the 28th pick in the 2013 NFL Draft. 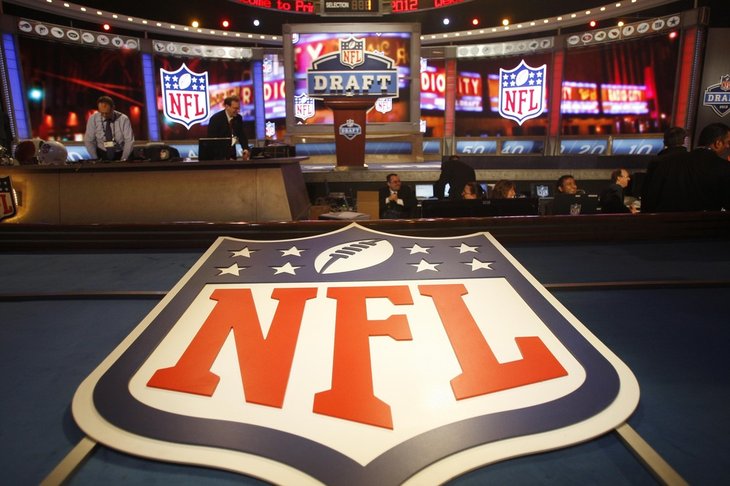 The update also knocks off Cornellius Carradine from the top spot, who is now tied with Desmond Trufant in that second spot. Thanks to Kyle Montgomery's bold pick in SB Nation's mock, we finally have our first offensive player on the list.

When we started this database, Bjoern Werner was mostly being mocked in the top 10, but his stock appears to be plummeting down most boards. He might just be there at #28. That said, with so many elite defensive end prospect, why would the Broncos waste their number one pick on the position when they could easily find top tier talent with their second pick?

Overall, it really is looking like most people think the Denver Broncos number priority in this draft is defensive end and it is hard to argue that point. However, if you look at the totality of the 2012 season one would identify inside linebacker as one of the biggest weaknesses on the team. Opposing tight ends dominated that Achilles heel all year long. Whether the pick is my choice of Manti Te'o or some other stud inside linebacker, the position absolutely needs to be priority.

The problem in my view is that the championship window is small right now and the learning curve at inside linebacker tends to be steep, so John Elway has little choice but to narrow the search for the handful of players who have the talent and intelligence to step right into the starting role.