The 2012 Comeback Player of the Year, Manning, would like the Denver Broncos to become the 2013 Comeback Team of the Year en route to the franchises third title.

The first day of the Denver Broncos next attempt at a Super Bowl Title was yesterday. Peyton Manning and Champ Bailey set the tone with a visibly bothered tone to their workouts. The loss in the playoffs to the Baltimore Ravens has created a very hungry and, yes, angry football team. The kind of focus and determination that could just be what will bring another championship to Denver.

'Uncomfortable' is What Broncos Need -- and Want 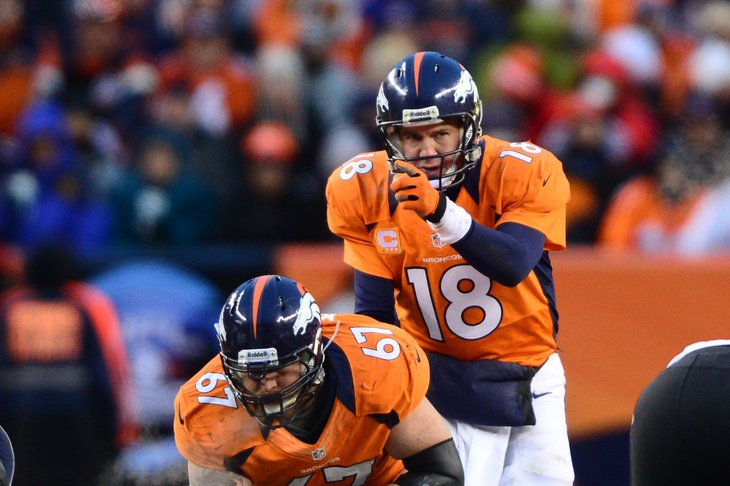 DenverBroncos.com published a series of interviews for fans to watch for themselves:

Andrew Mason broke it down rather well, as you can read from the article to the right of this paragraph. He spoke of the edge and intensity the Broncos players are bringing to their coachless conditioning workouts. Mason reminded many of that 1996 season and how that upset spurred the Denver Broncos to back-to-back titles. Manning had this to say;

I know John Elway wants to sort of set a kind of attitude, kind of an edge around here...kind of an uncomfortable atmosphere, which I believe in. Last year was good but it wasn't great. We're looking for that great season, and to finish off with a championship season.

More: Peyton Manning responds to Elway's call for Broncos to add 'attitude, edge'
Champ Bailey: "Whatever it takes," Broncos must improve minus Dumervil

It's plainly evident the attitude of the leaders on this team intend to put in all the work that is needed and more to fight their way for a shot. Champ Bailey especially knows his time is running out, so he knows the mentality of this team has to change in order to end the season with a championship;

When you lose at the end of the season, you always want to get better. Whatever it takes. Every team has goals and all of ours are not met.

These were voluntary workouts and I was not able to find any attendance list, which was likely due to the tragedy at the Boston Marathon yesterday, so I'm not going to fret about the list. From what I have read, it appears as if attendance was good.

One for sure no show would be Ryan Clady, who is digging in to pressure John Elway and the Broncos into working out a long term contract agreement. As a player, you can't blame him for doing what is necessary for himself on the business side of things.

After watching all of the interviews and reading many reports, it really does feel like this team already has the mentality and desire that should get every one of us excited for the start of the 2013 NFL Season. September cannot get here fast enough for this Broncomaniac!