In what has to be one of the most storyline-filled slate of games in the history of the NFL, we break down which Broncos games we're most looking forward to as the schedule release approaches.

The NFL will announce its 2013 schedule tomorrow, Thursday April 18, at 6pm MT. Which means, by tomorrow, we'll know which games looked good enough to grab those coveted primetime slots.

When it comes to the Denver Broncos' 2013 slate of games, has there ever been a more attractive group of grudgematches? Between sibling rivalries, returning players, returning coaches, and ravenous revenge, the Broncos' 2013 list of opponents is chock-full of juicy storylines. So we're ranking the Top Seven Denver Broncos Games of 2013.

Why seven, you say? Do you really need to ask?

Limiting, let alone ranking, this list was no easy task -- just look at this NFL.com story on the Top 13 games across the entire NFL Schedule. Three Broncos games make the top five of their list! And a handful of others get left out with the explanation: "We wanted more than just Broncos games on the list."

So if you don't agree with my take, that's fine -- there are a ton of great games that anyone could rank differently than mine. Just let me know your ranking in the comments.

As a reminder, here are your Broncos 2013 opponents. In other words, the candidates:

Without further ado, the Top Seven Denver Broncos Games of 2013. 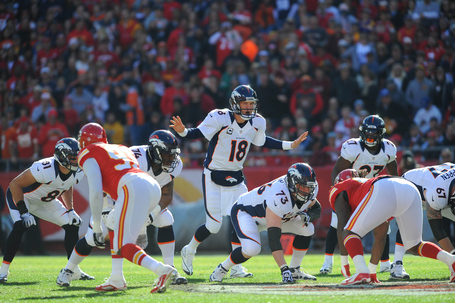 Divisional games are always a good show, and I couldn't leave all of them off the list. While it is ridiculously early in the offseason to be making this call, the Broncos' trip to Arrowhead looks to be the best and toughest of the Broncos' 2013 divisional bunch. The Broncos always play ugly in Arrowhead, and the Chiefs have fresh hope with health, a new but experienced coach, and a new but experienced quarterback. I'm looking forward to the Broncos rising to the challenge. 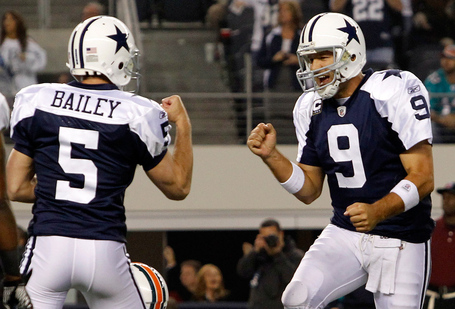 This game doesn't have any particular flash to it right now, but it is a prime candidate for the Cowboys' annual Thanksgiving day game. In fact, most are outright assuming that will be the case, so I am too, and slotting it accordingly. Who else wants roasted Tony Romo for dinner? 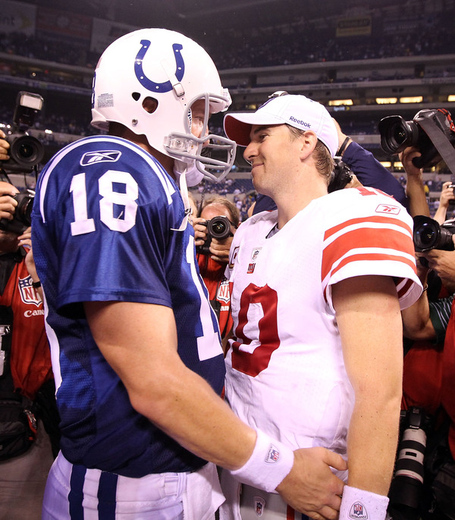 The Manning Bowl: Part III. The elder Manning has won the previous two Manning Bowls, but Peyton is in the twilight of his career, making this rare matchup even more tantalizing. Unless big brother has four more years left in him (cue Arnold Schwarzenegger), or unless one of the brothers changes teams before Peyton retires, this will be the last time the NFL sees brothers of this caliber play quarterback against one another... probably ever. 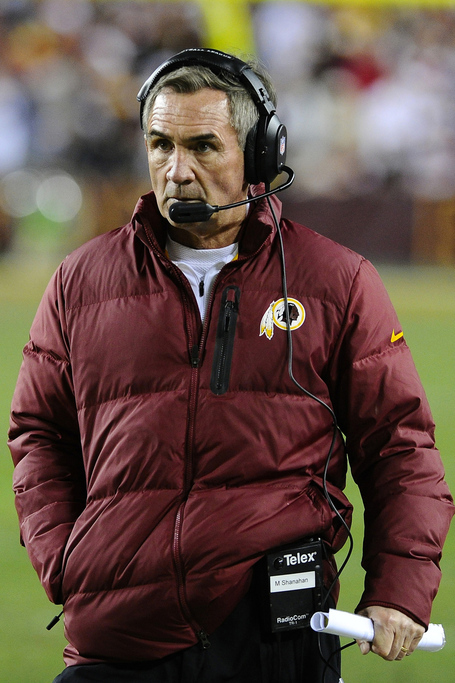 The Mastermind returneth. Mike Shanahan coached the Denver Broncos for 13 years and won two Super Bowls with the orange and blue. This will be Shanahan's first return to his former city since he was fired following the 2008 season. While the draw of this game may have lessened as time has gone on, and the Broncos have found some succes without Shanny, this is still going to be a big game as we get closer to the event.

The Redskins were also a playoff team thanks to rookie sensation Robert Griffin III. If healthy, they'll be dangerous again, and they will look to improve upon RGIII's mightily impressive rookie campaign. Playing a young, hungry team is an exciting event all to itself. And you know Shanahan will flip a few extra pages in his playbook to try and surprise his former team.

While he's in town, maybe he'll eat at Shanahan's. 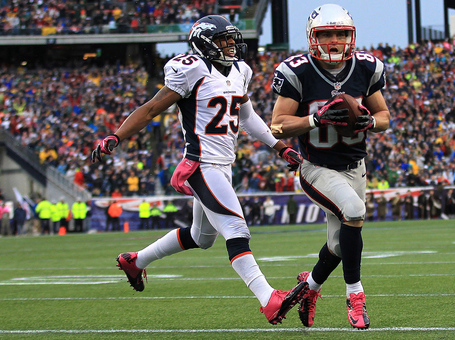 Peyton Manning vs. Tom Brady is annually The NFL's Game of the Year -- but even this yearly thriller of the league's best quarterbacks couldn't make the top of the NFL.com list. There are just too many other storylines.

For the Broncos, this is also a revenge game. The Broncos haven't beaten the Patriots since Josh McDaniels went fist-pump-crazy down the sidelines in 2009, and the losses since haven't been pretty (see: Divisional Playoffs, 2011 season). Will stealing Wes Welker from New England give the Broncos an extra edge in finally beating Tom Brady and company again? 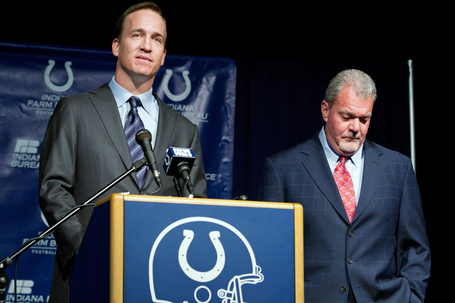 Peyton Manning comes home. For the NFL fan, this is the #1 game of the year. I can't disagree with the NFL.com story ranking this as such. This will be simply huge.

But this article, and this site, is Broncos-centric. You, reading this, are more than likely a fan of the Denver Broncos Football Club. I polled a few friends and posted on Twitter whether my #1 was a legitimate #1 for other fans of the orange and blue. They couldn't pose a strong argument against it. So without further ado, the Top Game of the Year for Broncos fans... 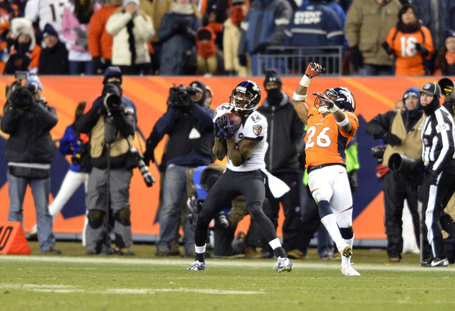 I'm hungry for this game. No, I'm bloodthirsty for this game. The vision of Jacoby Jones scoring with 30 seconds left in regulation haunts me to this day. I think only a vision of Von Miller destroying Joe Flacco repeatedly will make it fade.

Will a regular season victory soothe the pain of a playoff loss? Absolutely not. But it's a start.

The Ravens' addition of Elvis Dumervil makes the game that much more interesting as well. Having watched Elvis Dumervil and Ryan Clady square off multiple times in training camp, I can't wait to see them face-to-face at full speed.

(Note to Clady: knock his ass down.)

Two talented football teams make for great television, but this season is just too chock-full of storylines for this matchup to make the list.

Agree? Disagree? Take the poll and pick your favorite game of the Broncos 2013 season!