Out to Stud: Texan Two-Step

Share All sharing options for: Out to Stud: Texan Two-Step

Elvis Dumervil had yet to register a sack to this point. On this play however, he owned his man and took Schaub down in the endzone. Broncos are in a 4-3 alignment. Dumervil is lined up at LDE at the 9-technique, Vickerson as the 3-technique, Bannen as the NT (0-technique), and Wolfe is lined up as 4i technique though he eventually rushes to the outside shoulder of the LT. Von Miller has Owen Daniels in the slot.

Elvis Dumervil squares up, then executes a rip move to the outside and beats the RT around to Schaub. 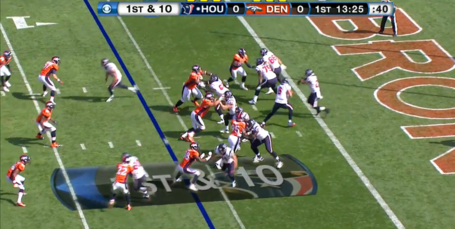 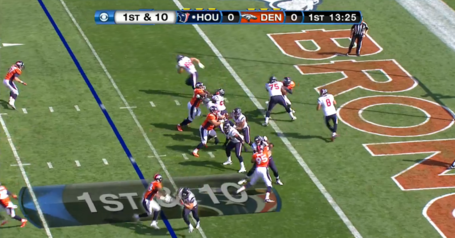 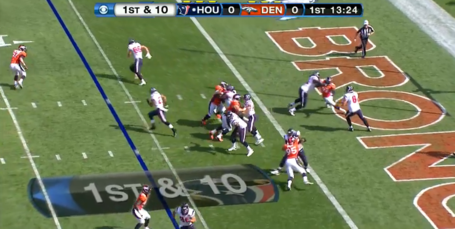 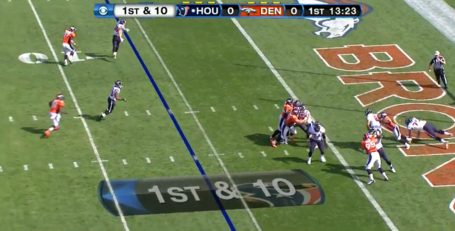 Take a look from a different angle: 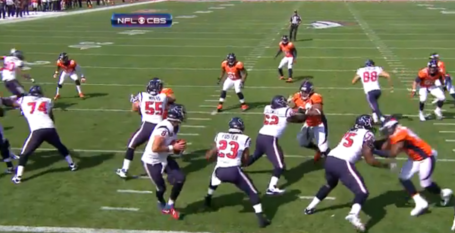 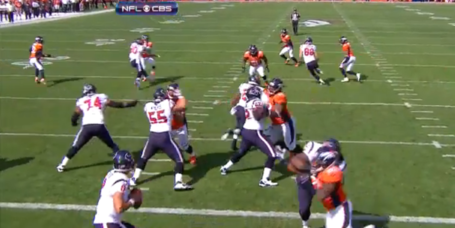 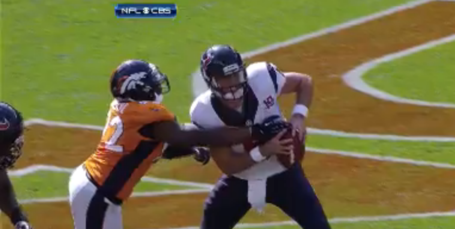 A combination of power, leverage, then speed helped create this opportunity, and the Broncos found themselves with an early (and very odd) 2-0 lead.

This was a thing of beauty all around. The Broncos are in their nickel defense, 3-3-5 to be exact--if you read MHR University, you know what that means;) They are going to bring a zone blitz. Both ends are lined up on the tackles while Mitch Unrein is lined up at the 0 tech. Wolfe (LDE covered by Von Miller in the picture) is going to drop into a short zone, Von is going to rush. Joe Mays comes from the middle and Chris Harris rushes from the corner and stunts with Elvis Dumervil. 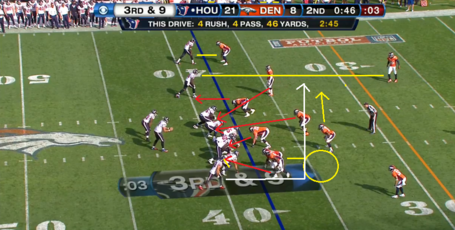 Walter and Daniels run a rub, Daniels goes up the seam while Walter crosses over the middle. WW is playing a zone in this area and recognizes the receiver and trails him. 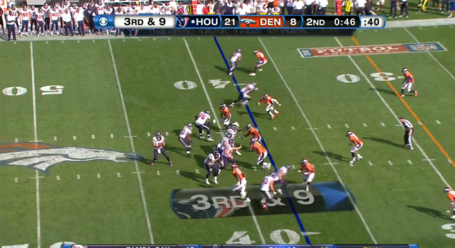 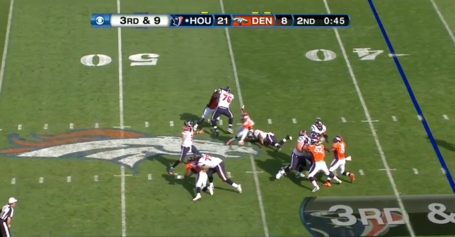 Chris Harris is able to leap a the RB trying to chop him. He causes Matt Schaub to pump and step up in the pocket. 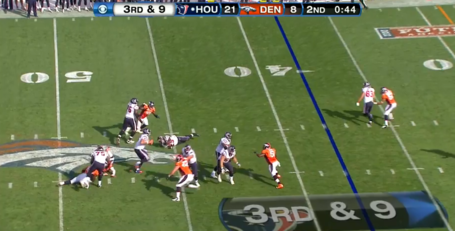 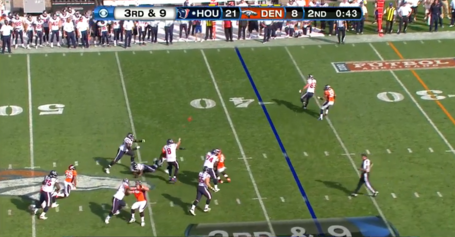 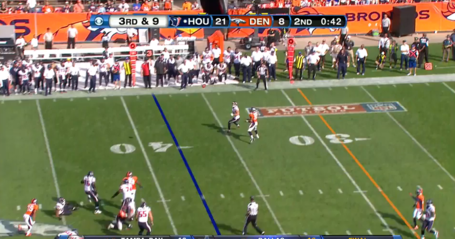 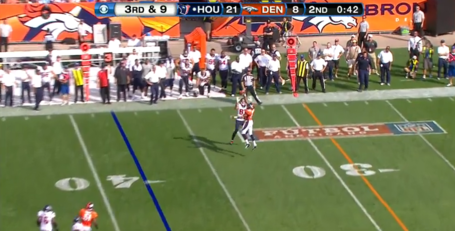 Check it out from the endzone angle: 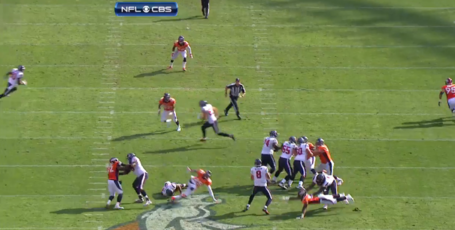 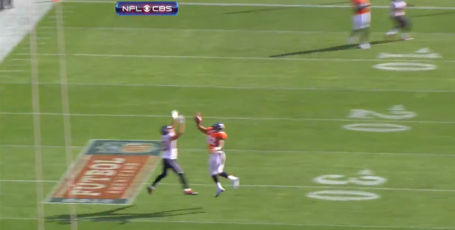 Great athletic play, DJ Williams can use all the animal urine he wants, WW is the real deal!

Unfortunately for the Broncos, their efforts fell short this game. These two plays however gave us a taste of things to come later on in the season. The Orange Crush 2.0 had yet to come to full force!

Which of these plays was your favorite Broncos Country?