When the Denver Broncos let Elvis Dumervil walk, they left a hole where production used to be. Can Derek Wolfe and Co. step up to make fans say, 'Elvis who?'

Give me a minute here (and I am sorry Michelle Beadles), but --

Elvis has left the building hungry like a Wolfe...

At first there were two, now there is one member of my Wolfe pack...

Elvis Duma... Dumer... Dumer 'nough to leave for Baltimore (feel free to top that one in the comment section). 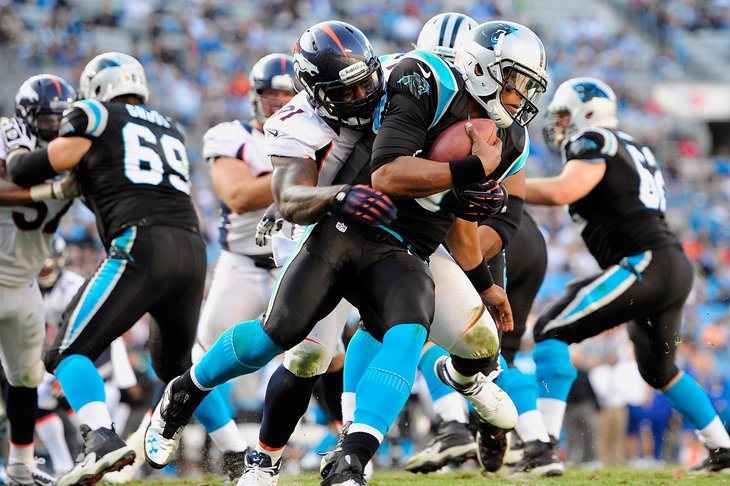 There are two things that we have to assume going forward: one is that Wolfe will be better just given the experience he has coming into the second season and the other is that with Dumervil out, teams will be more eager to test whomever it is that ends up on the right side of the defensive line.

This spells bad news for Wolfe in particular in the beginning of the season. Offenses will be pecking at the weak point, but if the right side of the defense can not numb out there will be all star slam dunk competition with Von Miller and Wolfe as the early favorites.

Necessity breeds innovation and that's the interesting thing for Wolfe and the Denver defense in particular is that it has just been a given that pressure was coming from the Broncos' defense via both sides of the line. Now, there is an overwhelming amount of power coming from the strong side and we're not quite sure what we have at this moment on the weak side.